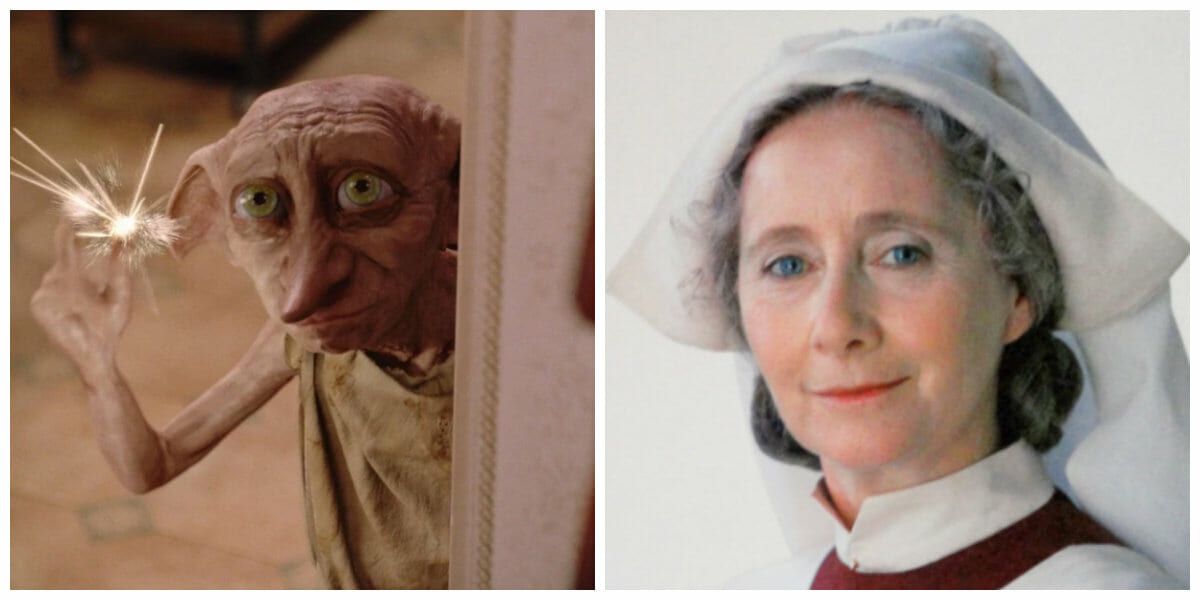 Graduating from Hogwart's School of Witchcraft and Wizardry is one of the biggest accomplishments in a young wizard's life. But what happens after you complete your O.W.L.s, your N.E.W.Ts, and finish your seventh year? It's time for you to go out into the work force and become a contributing member of magic society.  But what happens to witches and wizards who don't land their ideal jobs as an auror or seeker for the Chudley Cannons? Most likely, they'll end up working one of these terrible wizarding jobs.

As the caretaker of Hogwarts, Argus Filch has to basically clean up after every magical spill, shatter, splooge and splatter in the castle. His biggest enemies? The Weasley Twins, who are always pulling incredibly messy pranks.

OK, technically this is a very high-paying job, but with high rewards come high risks. Being a curse breaker for Gringott's is one of the most dangerous jobs in the magical world. You have to break into ancient tombs, and what's inside might just kill you.

Dishwasher at the Leaky Cauldron

Working at a magic bar sounds super fun, but before you hand your job application to Tom, make sure you consider this chilling challenge: Cleaning up all the dishes that people order at the Leaky Cauldron. There's pea soup on the menu that might just eat YOU.

Unless you're Rubeus Hagrid or Charlie Weasley, this job probably isn't for you. Sure, there's all the excitement that comes with taking care of magical creatures, but let me just leave two little words here for you: dragon dung.

Have you ever heard of Quodpot? No? That's because it's basically the less-popular version of Quidditch. Look. I know you're not necessarily into playing for a major sports team just for the fortune and glory, but come on.

Training a troll would be like training an extremely violent, giant idiot who doesn't know how to communicate except through grunts, and could 100-percent kill you at any moment. Trolls also have a taste for human flesh, so good luck not getting eaten on the job.

Obviously, this job comes in handy when it comes to dealing with Muggles who might discover the wizarding world, but it honestly sounds like a heartbreaking job. Obliviators literally have to wipe people's memories away.

Arthur Weasley works in the Misuse of Muggle Artifacts department at the Ministry of Magic, and it honestly looks like it sucks. Mr. Weasley loves it because of his fascination with Muggles, but he doesn't make enough money, and no one in the wizarding world respects him, except his family.

Defense Against the Dark Arts

Hogwarts legend has it that this position is haunted, because it totally is. Nobody has ever lasted more than a year in the Defense Against the Dark Arts position, and most of the Professors who have braved the post have ended up dead, nearly dead, or fired for incompetence.

Sure, tasting the new bacon-and-eggs bean jelly bean might be kind of fun, but can you imagine how gross it would be to have to test earwax, spinach, liver and tripe? It would be like an episode of "Fear Factor" every single day of your life.

Does this even really count as a job? It's kind of more of an indentured servitude. Either way, being a House Elf would suck. Wizards disrespect you and treat you like a combination of a dog that nobody loves and a scullery maid that lives with your family full-time.

Sending mail via owls seems like all fun and games until you're shoveling owl droppings out of the owlery for hours on end. Plus, some Howlers probably have a tendancy to explode before they reach their opener, and that must get really old, really quickly.

If you're a sadistic sociopath, good for you; this job is right up your alley. For anyone else, this job would majorly suck balls. Imagine having to execute every magical creature that ever stepped out of line in the wizarding world.

This would suck for obvious reasons. The Ministry of Magic is full of a squares, lots of the ministry's employees are easy to manipulate, and the last intern who went into the Department of Mysteries never came out...

Head of the Hogwarts Hospital Wing

Madam Pomfrey probably has to deal with so many dumbass kids who injure themselves with magic on a daily basis. Remember the time Hermione tried to shrink her teeth and accidentally went overboard and they grew out like a beaver's? Yeah. Not fun.

These guys are just total dicks. It's their job to hunt down all the Muggles, sort of like bounty hunters, and bring them back to the Death Eaters dead or alive for a reward.

Wormtail has to do Voldemort's bidding, whatever it was, including cutting off his own arm for the Dark Lord. The worst part is, You-Know-Who didn't even respect him, because he always acted like a sniveling loser in dire situations.