Bridget Daly
Abandoned Dog With A Deformed Face Is Now An Instagram Star That Will Make Your Heart Melt April 30, 2018 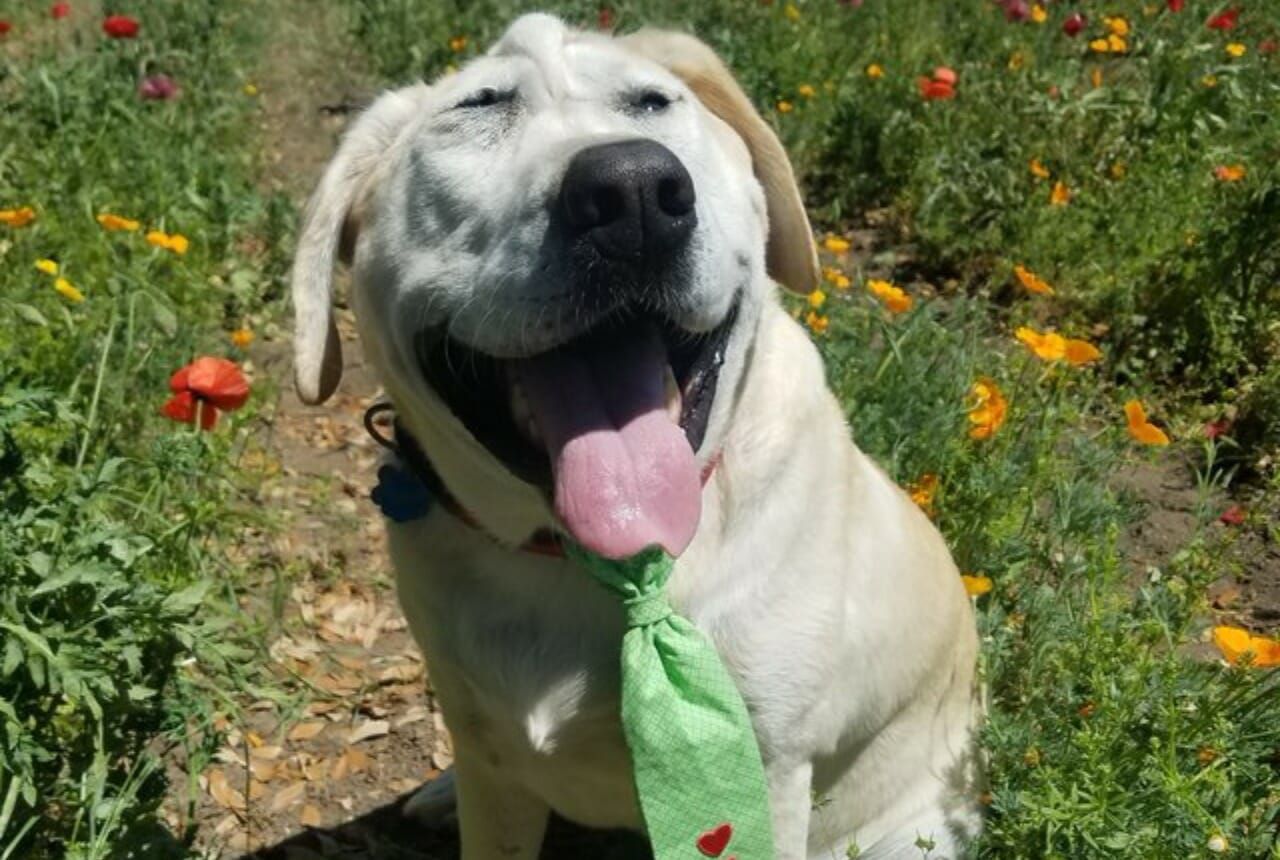 Abandoned dog with a deformed face

Most potential dog owners have an image in mind of a happy, fluffy puppy. Unfortunately for a Labrador retriever named Beaux Tox, a facial deformity he suffered while fighting for space in his mother's womb marked him as unsellable by his first owner and unlovable by his second. But dog lover Jamie Hulit saw past the pup's wrinkled brow and sunken head. And Hulit adopted Beaux Tox despite the hefty vet bill that accompanied her ownership. But now the dog is taking Instagram by storm with his cheerful disposition and color-coordinated outfits. Beaux Tox undoubtedly proves with every upload that looking different is not always a bad thing. Journeying from an abandoned dog with a deformed face to a social media icon, Beaux Tox's story of redemption is the ultimate glow-up of 2018.

Beaux Tox is a six-year-old Labrador Retriever who was born with a severe facial deformity. "He just kind of got pushed out of the way, and formed how he formed but it has nothing to do with his intelligence," said Jamie Hulit, Beaux's current owner. With an MRI scan completed on the pup to cement the vet's suspicious, Beaux's personality and lifespan are not affected by his deformed physical appearance.

Unfortunately, Beaux's physical apperance made his breeder mark him as "unsellable." While his six brothers and sisters were sold for an impressive $1500 a piece, Beaux was given away for free to a man unable to give him the care and attention he deserved.

No longer with the breeder who kicked him to the curb because of his less-than-stellar pricetag, Beaux wound up in the care of a family who already had a number of cats. As Beaux did not get along with the owner's pets, he was exiled to a backyard existence without a place to sleep or shelter for the elements. For five miserable years, Beaux was alone.

Unfortunately, Beaux Tox's long history of neglect left him with a number of medical issues. Weighing just 42 pounds and suffering from a severe case of ear mites, vets at the Hoegemeyer Animal Clinic in Kerrville, Texas weren't sure the dog would survive for much longer. "I see neglect as a form of abuse," said Hulit, a Texan woman who would seen be Beaux's savior. "Maybe it's not the same as physical abuse, but it does manifest itself physically."

A former foster child herself, Texan native Jamie Hulit knew firsthand just how damaging the feeling of being not wanted can be. "I wanted him to have stability and a place he knew was his home. That is why I adopted him outright from the owner," said Hulit. "Beaux Tox had already bounced around and I just wanted him to be a dog."

What's With The Name?

After adopting the newest addition to her family, Hulit's first order of business was changing Beaux Tox's (formerly Lucky) name. "I named him Beaux Tox becuase he looks like he needs injections," she said. "Or maybe it's because I go without botox because I'm paying his vet bills."

All In Good Fun

Regarding Beaux's unique apperance, Hulit revealed that sometimes she can't help but laugh affectionately at his wrinkled brow. "I laugh at him all the time," she admitted. "It's OK to laugh at him. He's 6 years old, but he acts ilke he's about 6 months."

With his ever-expanding collection of ties and his heartwarming story of redemption, Beaux Tox has an amassed an impressive Instagram fanbase of 17,000 followers. Run by Hulit's best friend Juli Frasier, the account is gaining hundreds of followers by the day as a result of Beaux's glow up story going viral. While I'm more of a cat person than a dog person myself, I'll admit that I certainly don't mind seeing Beaux's snaps pop up on my feed.

A New Lease On Life

Pictured here with his vet, Beaux Tox is now receiving adequate medical care to keep his various health conditions under control. Finally rebounding after years of neglect, Hulit revealed that he now behaves just like any other dog. "He doesn't want to be petted, but he wants to lay on your and for you to hold his paw, and he loves to go swimming," she said.

While there's no doubt that Hulit saved Beaux Tox's life, she maintains that the deformed dog actually rescued HER. Citing his new lust for life as a welcome and infectious addition to her home, it's clear that Hulit doesn't view the adoption as a burden. "He's a joy," she said. "I've rescued and fostered thousands of animals, but Beaux Tox really rescued me."