“The Big Bang Theory” Cast Behind the Scenes: Their Biggest Secrets Revealed 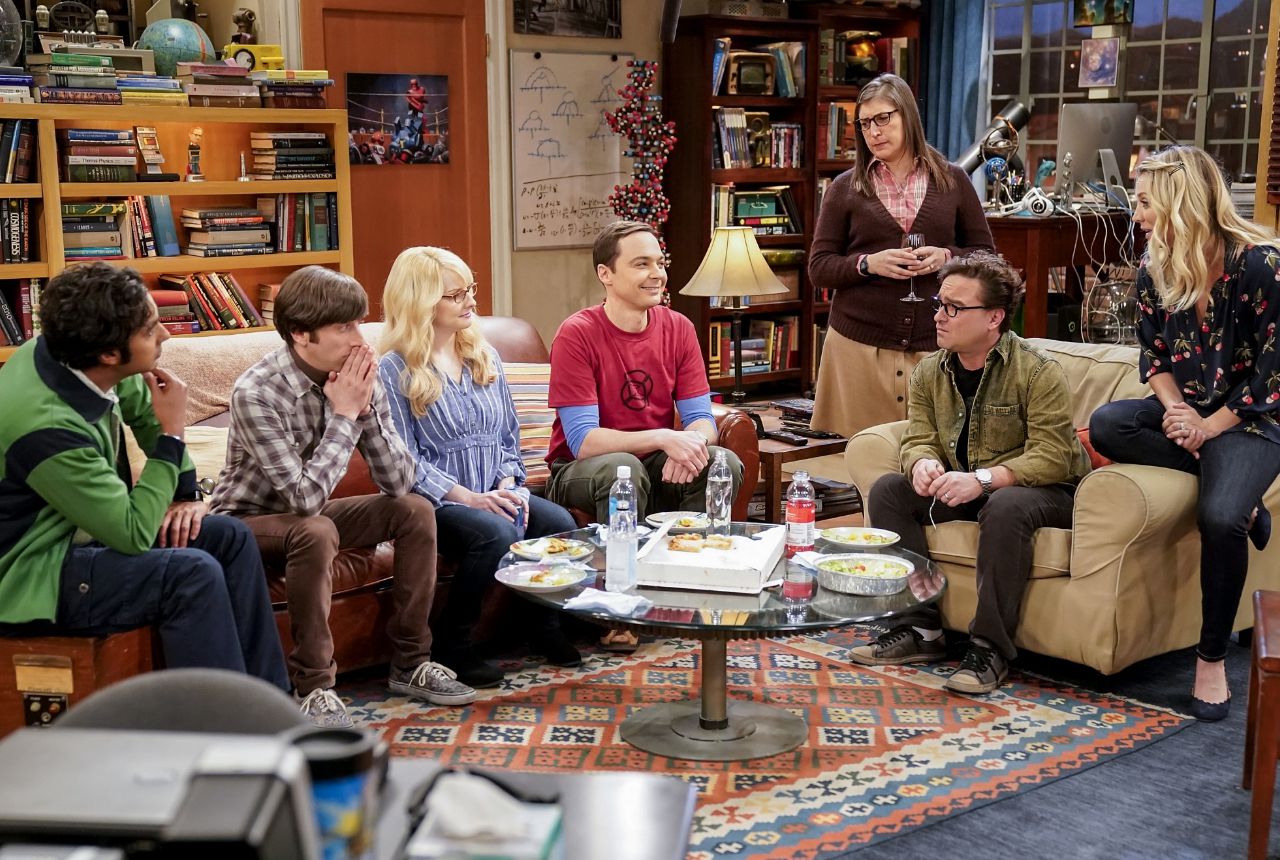 The Big Bang Theory cast behind the scenes is as compelling and intermittently funny as it is on the small screen. But not everything IRL is as rosy and Hollywood-happy-ending as the series itself. Previous acting roles, secret but intriguing friendships, hidden affairs, and pay disputes have been bubbling below the surface for years. And now The Big Bang Theory is getting ready to wrap up its run. So here are some of the funnest facts and juiciest secrets about the show and its stars...

Jim Parsons: The Man Behind Sheldon

Huston-born Jim Parsons is one of the highest-paid TV actors in the world, famous for playing an uptight genius nerd. What you might not know is that he's very good friends with another former sitcom poster boy...

Parsons has been friends with "Scrubs" star Zach Braff for years. Long before Parsons hit it big, he appeared in a bit part in Braff's indie hit, "Garden State."

Parsons was initially hesitant to take on his role in the 2016 movie "Hidden Figures." His reason? He didn't want people to associate him with the unlikeable, bigoted character that he plays in the film.

Kaley Cuoco plays Penny, the only main character in "The Big Bang Theory" who doesn't have a last name. But this is hardly Cuoco's first time on a sitcom...

Before her time on "The Big Bang Theory," Cuoco played the teenage Bridget on ABC's "8 Simple Rules." The show also starred John Ritter, who sadly died during filming.

Cuoco has had an illustrious career thus far, appearing in many movies and TV shows. She even has her own star on the Hollywood Walk of Fame. But she wasn't the original actor to play Penny on "The Big Bang Theory"...

In the pilot episode of "Big Bang Theory," Leonard's love interest is instead called Katie, and is played by Amanda Walsh. It was decided that this version of the show didn't work, and Walsh was dropped in favor of Cuoco.

Rumors have swirled around the show for years. It's widely reported from authoritative sources that Cuoco and Johnny Galecki had a secret affair during the early years of the show. It's hard to deny the pair's chemistry.

Most famous for playing Sheldon's longsuffering roommate Leonard, Johnny Galecki has been a regular face on television for years, and even brought a few familiar faces with him over to "Big Bang Theory"...

Again, rumors suggest that Galecki and Gilbert had their own secret romantic relationship while filming "Roseanne," although these are long in the past now. Apparently, Galecki's not averse to workplace romances.

Mayim Bialik: The Face of Amy

Originally famous for playing Blossom on the show of the same name, Mayim Bialik joined "The Big Bang Theory" cast at the end of season three. Of all the show's regular actors, she's the most qualified to be playing an academic...

In the show, Amy is a neuroscientist. This career was chosen because Bialik really does have a doctorate in neuroscience from UCLA. And that's not all she's accomplished between acting gigs.

Bialik has authored five books: two about parenting, two about puberty, and one vegan cookbook. She really is multitalented.

Melissa Rauch was a relative unknown when she was first cast in "The Big Bang Theory" in a bit part. Her natural charm won over audiences, and it wasn't long before she joined the cast permanently.

The Fight For Equal Pay

In 2017, Rauch and Bialik were engaged in a lengthy pay dispute. They were earning just $100,000 an episode for "The Big Bang Theory," while their other costars were getting $1 million per episode. Their costarts ultimately decided to drop their own salaries to help make up some of the difference to getting Rauch and Bialik what they deserved.

Rauch is now also one voice of "Batman" villain-turned-anti-hero Harley Quinn. Her natural voice is a lot lower than her squeaky performance and Bernadette, making her a great fit for the show.

Kunal Nayyar plays Rajesh Koothrappali, an Indian immigrant to the U.S. who struggles talking to women even after getting over his initial reliance on alcohol. But Nayyar's roots are a little more complicated than those of his famous character...

Born in London, Raised in India

Kunnar was actually born in England before his parents moved to India when he was young. His accent isn't faked for "The Big Bang Theory," and he's even written a book about his globetrotting migrant experiences.

Simon Helberg's Howard Wolowitz is a very unlikeable character at first, but over the years he's evolved past his initial role as the show's letch. In reality, Helberg is very different from his character...

Helberg is a talented pianist. He even played a major role alongside Meryl Streep in the 2016 movie "Florence Foster Jenkins."

Wil Wheaton plays himself, or at least a version of himself, on "The Big Bang Theory." Wheaton refers to his character on the show as "Evil Wheaton," drawing an important distinction between his real-life persona and the often sadistic character he plays on TV.

Wheaton's acting career started when he was very young, when he appeared as the teenage genius Wesley Crusher on "Star Trek: The Next Generation." Wheaton has gone on to become a major nerdy icon, hosting his own podcasts and YouTube shows.

One of the bravest things that Wheaton has done is document his struggles with depression. On social media and on his blog, he's spoken publicly about the challenges that his mental illness has caused him in every day life.