Matthew Loffhagen
Photos of this German Runner Are Going Viral As She Prepares For Tokyo 2020 February 12, 2020Leave a comment 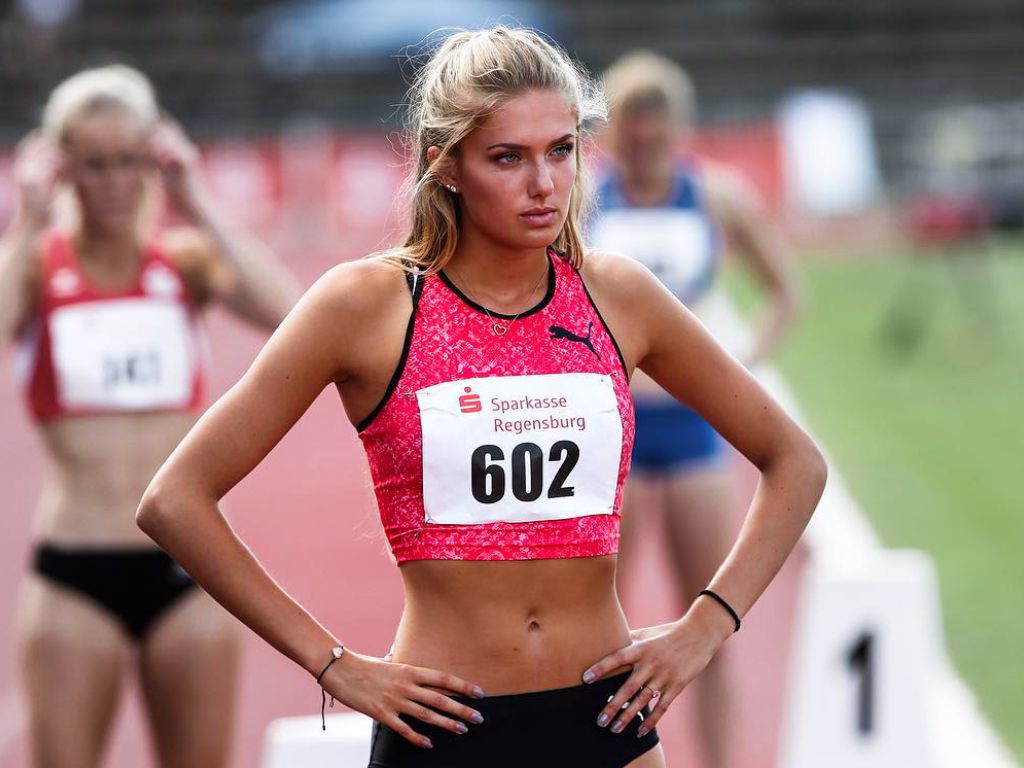 Alica Schmidt, a talented middle distance runner from Germany, is already receiving a lot of attention ahead of the 2020 Tokyo Summer Olympic Games. Unfortunately for Schmidt, not all of this attention is exactly what she had been hoping for.

On the Starting Line

The Tokyo Olympic Games are drawing nearer, and with them, the chance for a new generation of athletes to make their mark on the world. One such Olympic hopeful is Alica Schmidt.

The 21-year old Schmidt is a talented middle distance runner. She’s already made a splash, helping Germany to win a silver medal in the 4x400m relay at the European Under-20 Athletics Championships.

Of course, while her track record is impressive, there is another reason why Schmidt is receiving so much attention from the international community: her Instagram account is amazing.

Schmidt’s Instagram is filled with incredible photos, mostly showing off her training and track event victories, and she makes the act of running look incredibly glamorous.

All this photographic talent has paid off, as Schmidt has earned over 650,000 followers in the blink of an eye on Instagram. This is only the beginning of her success, as she is quickly finding other ways to leave her mark on the world...

In large part thanks to the popularity of her Instagram account, Schmidt has been signed for a lucrative sponsorship with Puma. This is enough to ensure that she can keep running for a long time to come, even if her Olympic goals don't pan out.

While competing in the Olympics can look like a wonderful adventure, it takes a lot of hard work to get to the top, and that takes resources. One of the biggest challenges for aspiring athletes to overcome is funding their training, and a sponsorship with Puma will make this a lot easier for Schmidt going forward.

In spite of this, Schmidt sees Instagram as a means to an end rather than a career in its own right. When asked whether training or social media takes priority in her life, she said, “Sport clearly comes first.”

The Burden of Fame

Of course, there are downsides to getting this much attention. Schmidt’s natural beauty may be helping her to earn the funding to pursue running, but it also threatens to overshadow her athletics.

Various publications around the world have run articles on Schmidt, focusing only on her appearance. For example, Busted Coverage awarded her the title of “Sexiest Athlete in the World.” And Schmidt knew exactly how she felt about that.

“I do not know why I got this title,” Schmidt admitted. Since receiving this award, she’s had to actively avoid media entities that are only interested in her body, including one very high-profile publication.

One such publication is Playboy, who approached Schmidt asking her to pose for a photo shoot. To their disappointment, Schmidt firmly declined. She has bigger things on her mind.

Schmidt remains frustrated and confused by just how much attention she has received for her looks, when she’s far more invested in running. She said, “There are thousands of girls on Instagram who look good and still do not have as many fans — and that’s just competitive sport for me.”

For now, Schmidt’s attention is focused firmly on qualifying for the Olympics. While many news outlets are championing her as a rising star, Schmidt knows that she has a long way to go before she’ll be ready to compete against the greatest runners in the world.

Schmidt, along with all other athletes around the world, has until the summer to qualify for the Olympics. Depending on which running events she aims for, she’ll have to prove that she can compete at a certain qualifying speed.

Even this isn’t enough to guarantee a spot at the Olympics. Schmidt will also have to be officially selected for the German team, so her chances will depend on the speeds of her rivals within her own country.

Luckily for Schmidt, there are plenty of middle distance running events that she could qualify to run. Plus, she’s getting faster— she recently set a new personal best time for running 200m at an indoor event in Potsdam.

Schmidt will be able to qualify for multiple events, so it remains to be seen which races she’ll focus on in order to increase her chances of running in Tokyo. Thankfully, she has plenty of options.

Thus far, Schmidt has seen the most success in relay events. A year after earning her Under 20s silver relay medal, her team won bronze in the Under 23s 4x400m relay as well.

Whether or not Schmidt makes it to the Olympics in 2020, there are plenty of races to be run, and she has a lot to strive for in the coming years. As long as she continues to focus on her training, she’ll be able to go far.

Schmidt is far from the only athlete to earn more notoriety for their appearance than their actual performance. While flattering, this kind of attention can distract from their actual achievements.

Here’s hoping that in the coming months, Schmidt will be able to prove herself worthy of consideration as a world class athlete. She certainly has the dedication, so with luck, she could well achieve her dream of making it to the Olympics.

Schmidt has big dreams, and she might just make them come true. In her own words, “Say what you want, or settle for what you get.”

There and Back Again

Already, Schmidt’s modelling and running has taken her around the world and given her many wonderful chances for personal development and adventure. She’s chasing her dreams, and that’s wonderful.

We might not all be as athletic or as naturally beautiful as Alica Schmidt, but we can all learn something from her determination and focus on her goals. Don’t let yourself get sidetracked on the way to your own personal dreams.