The Most Hilariously Suggestive Business Names Out There Right Now

Alex Shea
The Most Hilariously Suggestive Business Names Out There Right Now July 21, 2020Leave a comment 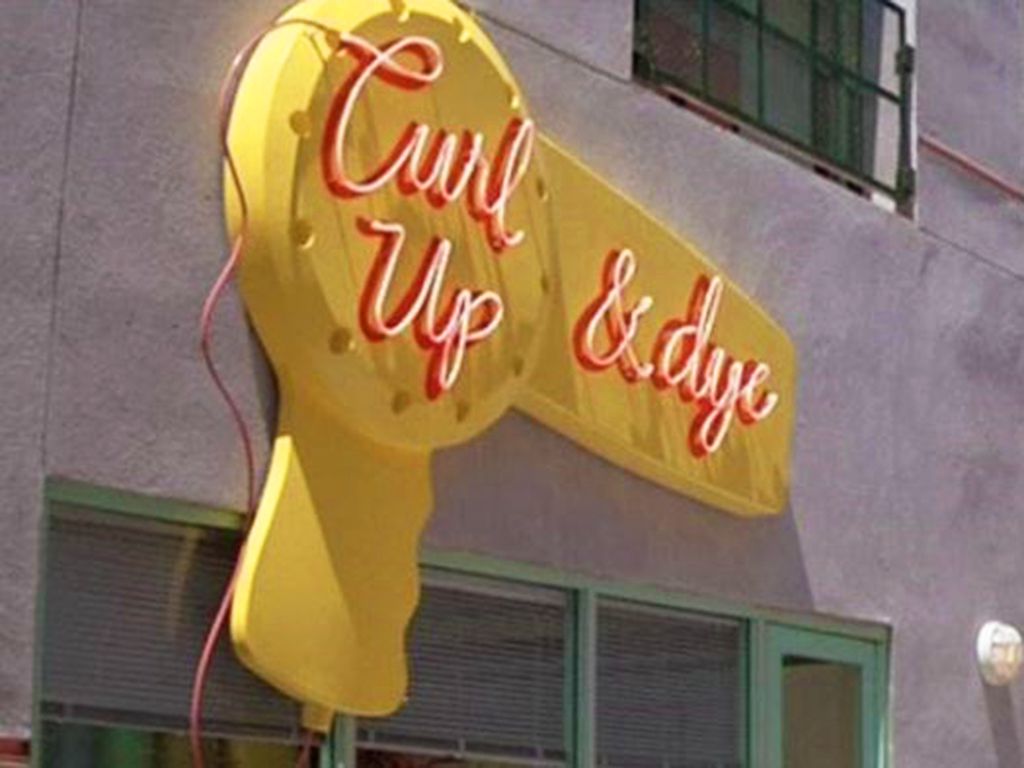 Unfortunately, not every business owner comes up with a winning name. Sometimes, the most clever of names come off a little... suggestive given what their business is.

In our opinion, these clever yet slightly suggestive names are the best in the game. And that's definitely one way to be remembered when you're in competition with every other store in town.

Indiana Bones and the Temple of Groom

Washing your pet by yourself is almost more difficult than anything Indiana Jones had to go through in the Temple of Doom. Just please, don't bring any pet snakes in here to be groomed. Anything but snakes!

It's no doubt which one of these stores was here first, but it's obvious that the tea shop has a much better name. And this is really what most shops in England look like, because getting a spot of tea is the most important part of the day on the other side of the pond.

Back to the Futon

Consider it the place to go for young adults who move back in with their parents for a while after graduating college. Getting back to the futon is a time in every young person's life that is just as stressful as a trip through the fabric of time.

There's no need to be stressed out over your electricity bill when you can call Electricity Bill! But, don't forget about your actual bill because you'll still have to pay for his services.

The Venn diagram of people who play World of Warcraft and the customers who shop at this store is two circles. And the clothing in this store is obviously for children, who also wouldn't have heard of the computer game yet.

The worst thing in the culinary world is a pasta restaurant with too few options. But, make sure you're open to the pastabilities that life has to offer, and not just a stickler for the classic dish of noodles and butter.

Puns can go out of style quickly, because unless this restaurant is actually located in Los Angeles, it might not do much to introduce a younger clientele to Vietnamese cuisine. But, Jason Priestley will always be dreamy.

There are two meanings to every phrase. But this sign is definitely describing the feeling of wanting to eat a crepe, not the rare outlook of wanting to be placed on a griddle and drenched in chocolate sauce.

Back to the Fuchsia

"Back to the Future" puns are perfect for small businesses because they're easy and quickly recognizable. Just don't think too hard about it if you see an old scientist and his young friend in the front seats of this van, trying desperately to outrun some Libyans.

Planet of the Grapes

You never want to get so tipsy that by the time you get outside you find the Statue of Liberty buried up to her neck in sand. But this place can offer an experience that might just make you wonder if you've stumbled into a time far in the future.

Pretty Kitty is a waxing salon, which makes sense when you think about it. This establishment is far too fancy to be a pet groomers. Do not take your pet here. I repeat, do not bring your pet here.

We all understand the dread that comes with a bad haircut, but come on. Curl Up 'N' Dye's fun spin on an otherwise traumatizing feeling makes us feel, well, still traumatized. Maybe we need an existential kick in the face before getting a haircut.

It's tough to think about going to a restaurant when the name suggests the food if full of it. Full of Crepe has so much potential with its specialization in delicious crepes by offering plenty of fresh ingredients to fill your crepe with. But maybe no chocolate, please.

There was bound to be at least one crime-related pun in this list. A Salt & Battery is a little restaurant in New York that serves fish and chips. The pun applies, sure. But some things just aren't that funny, like getting beat up while you wait for your meal.

This morbid record store in Portland is dear to our hearts. We all know that vinyls aren't as popular as they once were, which makes this business' name so clever. As long as you don't think about what happens to the vinyls after they die, that is.

Yes, "STD" is an acronym and probably a harmless one in this case. But putting this acronym together with "contractors" is short-sighted. Unless this is some sort of support group for construction workers with sexually transmitted illnesses, the name is all sorts of misleading.

This cute cafe in Ontario is a great play on words. Lettuce Love is known for its incredibly healthy eating options. They want us to love their food and ourselves. What a considerate cafe.

Doggie Style is a harmless pet grooming facility in Georgia, although it could be mistaken for an adult entertainment shop. Imagine mixing this place up with that and walking in to find pets everywhere to your utter confusion.

Bean Around the World

That bean must really love traveling to have been all over the world. Meeting up with other beans and learning their secrets, maybe a relationship or two. Who really knows where this bean has been, but the coffee has got to be more delicious because of it.

If you love being yelled at while you're eating, then Dick's Last Resort is your place. Everything about the establishment screams inappropriate and like a mockery of what "fine dining" is. From the sluggish man in the logo to the waitstaff insulting you throughout your meal, Dick's is full of well… you know.

It might be a little alarming to think of the bakers "baking" themselves while they bake the goodies at this bakery in New York. But they aren't doing any other kind of baking. They just want you to get a high off of their yummy, totally sober, treats.

What kind of beans is Bare Beans Espresso referring to exactly? Whose beans is the better question. Or the name could refer to the fact that the dress code of this coffee-kiosk in Colorado is bikini-only. Talk about bare.

Beermiscuous is a hot spot in Chicago known for its selection of beers in a cafe setting. It's the ultimate spot for beer lovers who enjoy the coffee shop environment. Nevermind the promiscuity of the shelves of this establishment, they like their options.

The iconic Jack the Ripper has made his mark on this barbershop in London. As a serial killer known for harming bodies, maybe naming a barbershop after him wasn't the wisest decision. The last thing anyone wants to consider is getting chopped up in the chair when all you asked for was an trim.

The owners of this restaurant don't plan on every couple eating at their restaurant to fall deeply in love with each other. At least, we don't think they do. The owners of this Thai restaurant just happened to have opened the restaurant during the month of their anniversary. So the opening was like a huge thank you to the universe in the form of thai food.

Extremely fitting for its product, XTC Boutique is in the business of selling pleasure. As an adult-entertainment store, anything you buy is meant to leave you in ecstasy, so to speak. Points for cleverness and subtlety.