Man Wanted to Call a Professional to Mark His Property Line, And His Neighbors Agreed

Sarah Knieser
Man Wanted to Call a Professional to Mark His Property Line, And His Neighbors Agreed April 24, 2020Leave a comment 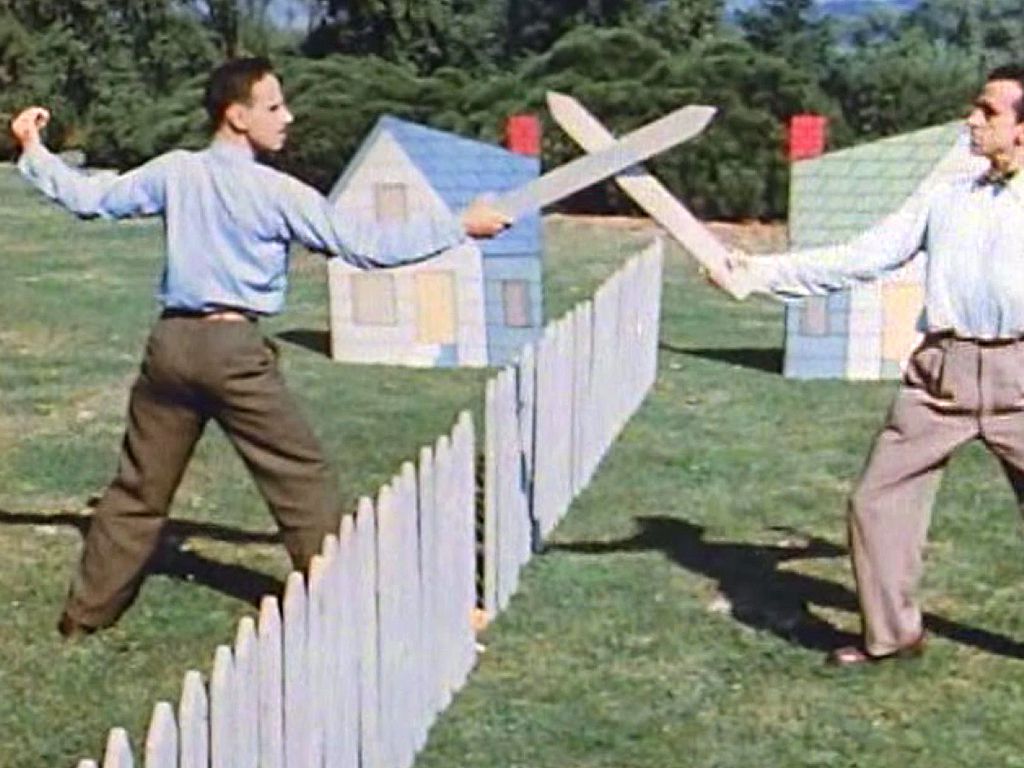 When neighbors argue over property, the one who started the argument doesn’t always come out on top. One day, a man decided to take matters into his own hands when he thought his neighbors had planted hedges on his property. And when the city got involved to mark the property lines, he was stunned to find out something about his house that he didn’t know when he bought it...

A while back, Bonnie and her parents moved into a community with little space between houses. While most aspects of the space outside your home isn’t under the homeowner’s control, what falls onto their property is up for negotiation, for the most part. That is, unless the neighbors have something to say about it.

Bonnie and her parents wanted security in their home, and the one thing that bothered her parents most was the fact that their neighbors could see directly into their kitchen window. So, they set out to accomplish a simple fix for the problem, planting some hedges that would act as a border between the family’s window and their neighbors yard. But, their neighbors weren’t so happy about that.

The plants that Bonnie’s parents put up ultimately cost them thousands of dollars, because of installation and maintenance costs. But, that was worth it to have some privacy. And the hedges should have only been a one time expense, or so they thought before their neighbor spoke up about his thoughts on the matter.

A Rustle in the Night

A week after the hedges were put in, Bonnie’s parents awoke in the middle of the night to a rustling sound in the hedges. When they went to investigate the sound, they found their neighbor chopping down the hedges they had just paid for. So much for ‘good fences make good neighbors!’

The Hedges Were Gone, But the Fight Had Just Begun

Of course, Bonnie’s father was furious at his neighbor for carelessly damaging his property, so he demanded an explanation from his neighbor. And his neighbor, Mark, supplied one. He said that the plants were on his property line, so he could do whatever he wanted to do with them. And, he issued the family a warning.

The Deed Was Done, But He'd Do it Again

After destroying the family’s hedges, Mark also let them know that if any other objects, plants or people were to go on his property again, he would report them to the authorities immediately. Although, Bonnie’s family thought that they should be the ones reporting their neighbor for destroying their property.

The Hedges Were Back— And Taller than Before

Later the day of the argument, Bonnie’s father contacted the company who had planted the hedges and was informed that with their warranty, they could have the hedges replanted next week for no extra change. So, the family made sure that the hedges were on their property line entirely, but that wasn’t the last time they heard from their neighbor, Mark.

A few days after the hedges were planted for a second time, Bonnie’s family was once again awoken by Mark chopping the hedges down in the middle of the night! So, Bonnie’s family called the police and reported obstruction of property, but they still had to set the debate surrounding the property line.

After the police were called, Mark and Bonnie’s father decided that they needed to call a professional to mark the property line that separated the two houses once and for all. After both parties agreed, they awaited the news diligently, with both parties hoping they were in the right.

The Property Line Fell on His Yard

A few days later, Bonnie returned home to find orange tape all over her neighbor’s yard. Apparently, what he thought was the property line couldn’t have been farther from the truth! In reality, his own fence was 11 feet over Bonnie’s family’s property line, meaning that he was the one who would have to do some renovations.

The Fence Was Torn Down

Bonnie’s family watched happily from their kitchen window as Mark took down his fence, completely furious. This change gave her family a bigger yard, more comfort and security in their home, and a complete feeling of satisfaction. And their neighbor didn’t just lose a few feet off of his property…

Their Neighbor Payed Heavily For His Mistakes

For the time Bonnie’s family lived in that home, they enjoyed their new yard and their neighbor ended up losing about a quarter of his yard space. He also ended up paying Bonnie’s family almost $10,000 for destruction of personal property, which was thankfully replanted again once the situation was handled.

Settle Something for Me

In the end, Claire’s dispute with her neighbors could have been avoided if her neighbors had told her about their plans to renovate their home. But, from the moment they moved in, things seemed off about the way they communicated with Claire and her family.

When a new neighbor moved in next door, Claire didn’t think much about it. As long as they kept to themselves, Claire was a happy camper. And, for the most part things were civil until her neighbors started a renovation project that ended up changing how Claire thought about her neighbors for years to come.

When Claire’s neighbors started their renovations, they almost immediately came to complain to her about her fence. Her neighbors claimed that Claire’s fence fell on her neighbor’s property, but she didn’t believe this to be the case, so she demanded a second opinion.

A Dispute Over Fences

Claire’s neighbors claimed that her fence fell on their property line and that her new stone walkway leading to her backdoor needed to be dug up and removed along with the fence. Not being one to cause more discomfort, Claire tried to reason with her neighbors, but to no avail.

The Property Lines Were Always Crooked

Claire knew that the property lines in town were crooked and that disputing them might be more trouble than it was worth. After all, things had stayed the same on their property for over 30 years without any issues. But, her neighbors didn’t see it that way.

So, They Called the City

Claire’s neighbors insisted on removing her walkway, so she ultimately felt that she had to call the city and request an evaluation of the property lines. But, she didn’t expect what the outcome of doing that would be or the ramifications it would have on her relationships with all of her neighbors beside her.

The Official Boundaries Were Marked

After calling the city to evaluate the property lines, someone came out to mark the official boundaries of Claire’s neighbor’s property and it stunned everyone in the neighborhood. It turned out that not only was Claire’s fence on her own land, but her neighbor’s newly built fence was on her property as well!

Other Neighbors Came to See For Themselves

Their Backyard Was Cut in Half

In the end, Claire’s neighbors were left with only about half of the backyard that they started out with, after they demanded that the city check their property lines. Their renovation didn’t end up looking quite as nice as they’d hoped it would be when they planned to conquer Claire’s backyard.

The lesson of this story just may be, always try to negotiate peacefully with your neighbors before things escalate out of hand. You might just save yourself a lot of trouble for doing so! And do your due diligence when settling property disputes with your neighbors. Instead of arguing, check the facts immediately.

Moral of the Story: Always Survey Your Land

If you own property, it’s also in your best interest to have it surveyed as soon as you can at least once. Adverse possession, or the occupation of land that another person owns with the intention of possessing it as your own, happens to a lot of people and you could lose land that is being used, even if it’s yours.

And Watch Out for Squatters

Adverse possession is also known as “squatter’s rights,” which can get tricky legally if the owner of the property doesn’t exercise their right to evict the squatting person from their property in a reasonable amount of time. This is why communication is always key when it comes to land disputes.