Camila Villafane
Mother Gets Shocking Surprise After Finding Bundles of Cash in Her 7-Year-Old’s Backpack April 30, 2020Leave a comment 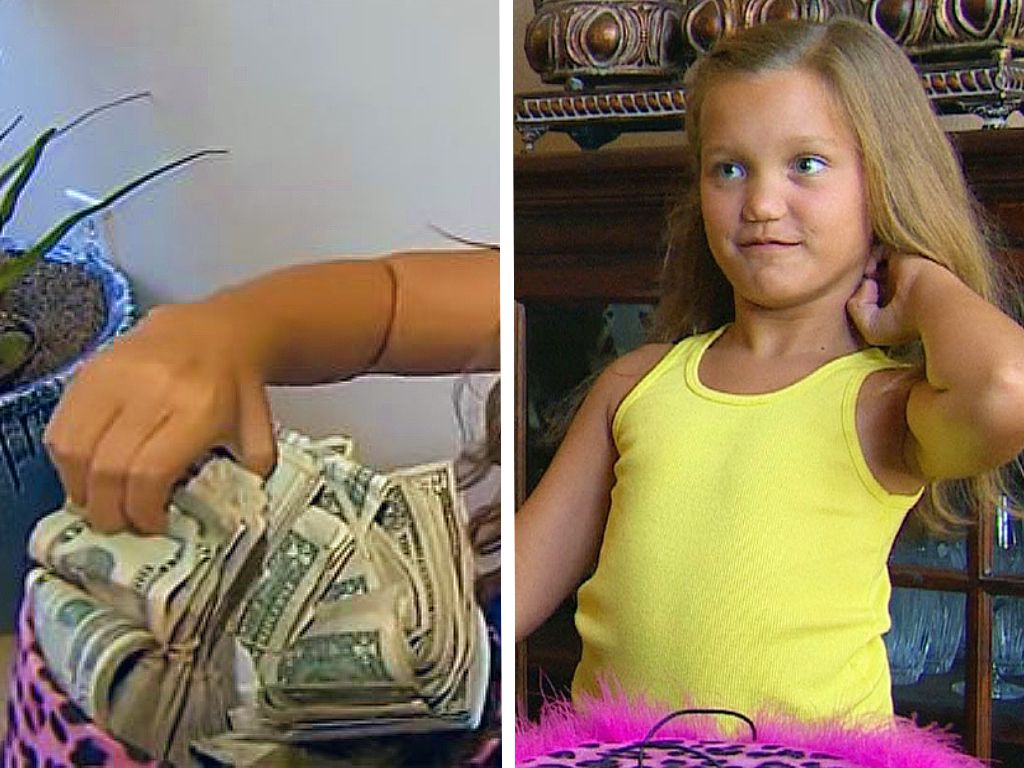 No one ever thought that little Addie Bryan from Rockwall, Texas, would be able to walk. But what she ended up doing was a true miracle that didn’t just help her out, but also helped the hospital that got her through the rough patches of her young life. But, why did her mother catch her with hundreds of dollars of cash in her backpack?

She Was Unlike Other Girls

Addie Bryan was not a typical little girl. She was born with Larsen syndrome, a disorder that affects the development of bones. People with this condition are affected in different ways, but in her case, it was a total nightmare for both her and her parents.

Her Parents Worried About Her Future

Larsen syndrome is a condition that affects about 1 in 100,000 newborn babies. Unfortunately, Addie had gotten the short end of the stick. Her father, Jeff Bryan and her mother Julie Bryan were completely devastated when they heard the news. They worried that their beautiful daughter would never get to lead a normal life.

She Was in a Cast Since She Was a Baby

Her hips were dislocated, and her knees were turned backwards. To make things worse for this little child, she also had a clubbed foot. So, doctors at Texas Scottish Rite Hospital in Dallas, Texas, put her in a cast when she was just 5 days old, and it wasn’t her last one.

The First Three Years Were the Worst

"She has probably had between 60 and 70 casts," her mother told USA Today. "She has had a lot." Sadly, little Addie spent the first three years of her life stuck in a cast, and that was just one of many ordeals that followed. But would she recover from all these obstacles that life threw at her?

The Hospital Became Her Home

Little Addie had to endure four surgeries as well, which meant that she had to spend more time at the hospital than at home. But fortunately, the staff at Texas Scottish Rite Hospital was very accommodating, so they made sure to make her room extra cozy so Addie would feel the comforts of home.

The Staff Took Good Care of Them

It Took a Long Time to Fix Her

It was a long road getting from the way she was born to the little girl she eventually became. But her time finally came, and all the tears and hard work paid off in the end.  But can she do everything other girls her age can?

They Didn’t Know if She Would Ever Walk

She Was Finally Able to Go Home

The wonderful staff at the hospital and her parents watched little Addie slowly progress through the years. Eventually, she was able to live the life she deserved. "I'm back at home walking and having fun with all my friends," Addie told USA Today. But her heart remains tethered to the hospital.

The Hospital Would Never Forget Her

Addie is pretty popular with the doctors, nurses and staff members working at the hospital. She’s also on the hospital’s calendar cover, so even though she’s not there anymore, the folks there still hold a special place for her in their hearts. But Addie felt like she owed them something for helping her to walk and she was determined to pay them back, no matter the cost.

Her Treatments Didn’t Cost a Dime

Addie received free care at Texas Scottish Rite Hospital and after all their combined efforts, she finally had a chance at living a normal life. So, in 2015, she set out on a mission to raise some money for the wonderful facility where she had undergone plenty of surgeries, treatments and physical therapy sessions. But, she was running out of time.

She Wanted to Pay the Hospital Back

Addie turned 8 on August 16, 2015. But instead of spending her afternoons planning her birthday party, she wanted to give back to the hospital and raise $8,000 dollars for them. Addie wanted to thank them for everything they had done. So, she gave the people in Rockwall a sign that would bring many folks to tears.

She Was on a Mission to Raise Money

“I love my hospital, and I want to help them,” Addie told People. So, in the mornings and afternoons, she walked to a street corner in Rockwall and held a sign that read: “'For my birthday, I want to raise $8,000 for Scottish Rite Hospital." And her parents were beyond supportive.

She Inspired Her Parents to Help

"If she can get out there and do this, we can be there with her on the corner and supporting her," Addie's mom told USA Today. But this wasn’t the only way she decided to raise money for such an amazing cause.

She Shot Past Her Original Goal

She was only 7 at the time, but the persistent little girl still managed to use online fundraising and community campaigning to raise $11,000. That’s $3,000 more than her original goal! But her mother wasn’t surprised that she had exceeded her expectations...

Helping and Giving Is Who She Is

“For us, this is just Addie,” her mom told People. “This is who she is and what she does – it’s kind of always been her personality to want to help and give, especially to her hospital. It’s something very dear to her.”

Her Fundraising Efforts Paid Off

“Me and my friends wanted to have a lemonade stand,” the little girl told Fox 4 News. But ultimately, all of her efforts culminated into more money than she ever could have hoped for, and she already had an idea how it would go to good use.

She Presented the Money on Her Birthday

Addie eventually raised over $13,000, according to Fox 4 News. But that wasn’t even the final total. The little girl presented the money to the hospital on her 8th birthday and hoped that they’d use it to help other kids get casts and prosthetics. That way, kids with issues similar to her can do the things she can.

Addie's story went viral, and soon enough, her kindness and generosity touched the hearts of millions and inspired others to do their part. Even a local restaurant decided to pitch in and help...

At the time, Addie was also using an online fundraiser, but as word spread of her good deed, Cotton Patch Café, a local restaurant in Rockwall offered to donate 10 percent of its proceeds to her cause for any patrons who stopped by on August 5, 2015, from 4 p.m. to closing time.

She Pulled Everyone Through This

Addie's dad knew that his daughter had always had a special drive that allowed her to overcome all the challenges she’s faced. "She has been the one to pull us through, more than the other way around," he told USA Today. And she even impressed her first grade P.E. teacher...

She Can Do Anything Other Girls Can Do

Although her knees don’t bend, Addie is able to run and swim. “She’s very active,” her mom told PEOPLE. “She swims on our neighborhood swim team, she plays tennis, she loves playing tee-ball and her P.E. teacher tells me she’s the best football thrower in the whole first grade.”

The Donation Was Enormous

Addie raised $19,000 with the help of the You Caring fundraising site, but a last-minute anonymous donor bumped the final total to a whopping $69,500, which she handed to Texas Scottish Rite Hospital for Children. Addie was also honored for her charitable act at the East Trinity Masonic Lodge #157 in Rockwall, Texas.

She Earned a Plaque and Pink Cupcakes

The lodge had cupcakes with pink icing, which just so happens to be the little girl’s favorite color. Addie was presented with a pink flower and a plaque commemorating her for her amazing fundraising efforts, and her proud parents were right beside her just like they had always been.

“We are proud to have Addison as a member of our extended lodge family,” Worshipful Master John Gordy said in a press release. He also stated that a lot of grownups could learn from the little girl’s selfless dedication to helping those in need.