22 Normal People Who Dated Celebrities Before They Were Famous

Matthew Loffhagen
22 Normal People Who Dated Celebrities Before They Were Famous February 15, 2019 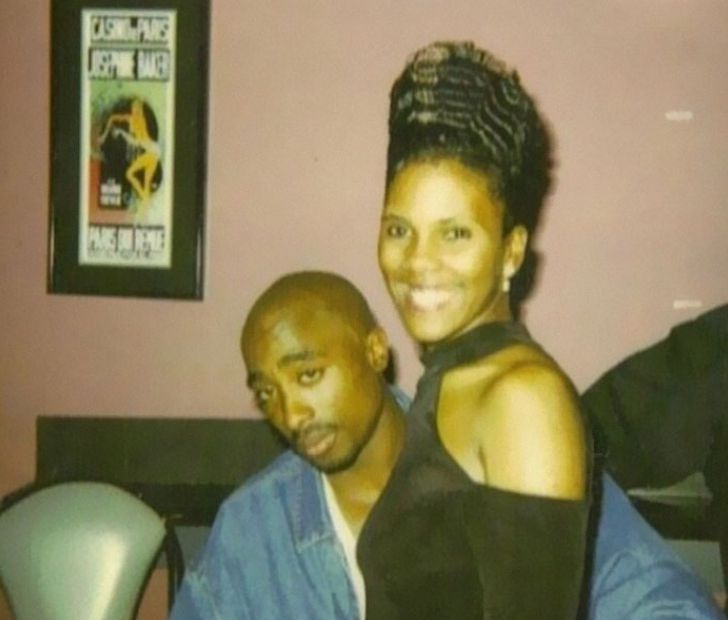 It makes sense in theory: People must have dated celebrities the celebrities got famous. Nobody is born a star, but it's still hard to think of these famous faces dating ordinary people. Here are some of the best photos of normal people who dated celebrities before they were famous.

Twitter user @lenaalawtattoo shared this awesome picture of a baby-faced Leonardo DiCaprio, who once dated her aunt. DiCaprio already had a few solid movies under his belt at this point, but he was hardly the big-name hearthrob he became soon after.

Josh Venkat sort-of dated Ariana Grande back before she got her big break. According to Venkat, the two were in a theater production together as teenagers.

How you doin'? Twitter user @RimKoumaira's mother once dated Matt LeBlanc, who in this photo looks just young enough to be barely pre-"Friends" and the role that changed his life.

Mikaela Kistner has photographic proof that her aunt used to date Jamie Foxx. Apparently, Kistner and her sibligs called him "Uncle Jamie".

Twitter user @peytonntheisen's cousin dated Matthew McConaughey while at college. Here's once celebrity who got better with age!

Adam Sandler took Twitter user @BPearsonn's mom to prom. There are several accounts of Sandler doing his best to stay in contact with old friends after making it big - he even sent a card to an old girlfriend's mother when she retired.

Katie Hagerty's aunt knew Bradley Cooper when they were in college together. There's no indication that they dated, but considering Cooper's mullet, that's not a surprise.

Redditor Trillionn's mom was apparently childhood friends with John Travolta. This phot shows Trillionn's grandmother visiting Travolta at a theater show that he was a part of.

Twitter user @joaniemarie123's aunt used to be intimate with Tupac, making for this awesome photo.

D'aww, look at the baby Jimmy Fallon! This photo comes courtesy of @maddyahouse1, as her aunt is draped across the future talk show host.

Molly Peterson's mom dated Ashton Kutcher once upon a time, which led to the creation of this absolutely adorable photo.

Twitter user @ChloeeMaietta4's mom used to date Kanye West. The famous rapper looks as grumpy as ever in this old photo.

Twitter user @BarzdaLyricist claims that his uncle Lyndall once dated Beyoncé. Presumably this experience was exactly like the episode of Disney's "Smart Guy" that Beyoncé appeared on in the '90s.

It blew Twitter user @camrynmariaa's mind when her sister told her that, back in high school, she used to date Usher. This picture is just the cutest thing.

Redditor eLetoR has shared this photo of himself wrestling with Randy Savage. Apparently the Macho Man himself used to date eLetoR's sister back in the '90s. The worst part about this is that when the kid told his friends at school, there's no way anybody would have believed him.

Twitter user @heyitsjaii__ had quite a surprise when her mom told her that she used to date John Legend.

Twitter user @AlTschida2#s mom dated Josh Hartnet in high school. It's a good thing Harnet eventually learned how to pose for a photo without looking like a complete dweeb.

Here's a darker one: Redditor forum4um has shared a picture of his grandfather with Elizabeth Short, better known as murder victim The Black Dahlia. Apparently forum4um's grandfather was a suspect in the investigation for a while.

Nobody likes having to live up to their partner's ex-partners, but Redditor UberStone must have it particularly rough. His wife previously dated Henry Winkler, better known as The Fonz from "Happy Days." Once upon a time, this guy was the coolest man on Earth, so presumably UberStone must have a pretty robust self-esteem.

Twitter user @joaniemarie123's mom once dated Woody Harrelson. It's weird how he looks so much like a used car salesman in this era of his life.