Bridget Daly
This Man Turned Into An IRL Disney Prince After Shedding A Ton Of Weight And The Internet Can’t Get Enough Of Him April 10, 2018 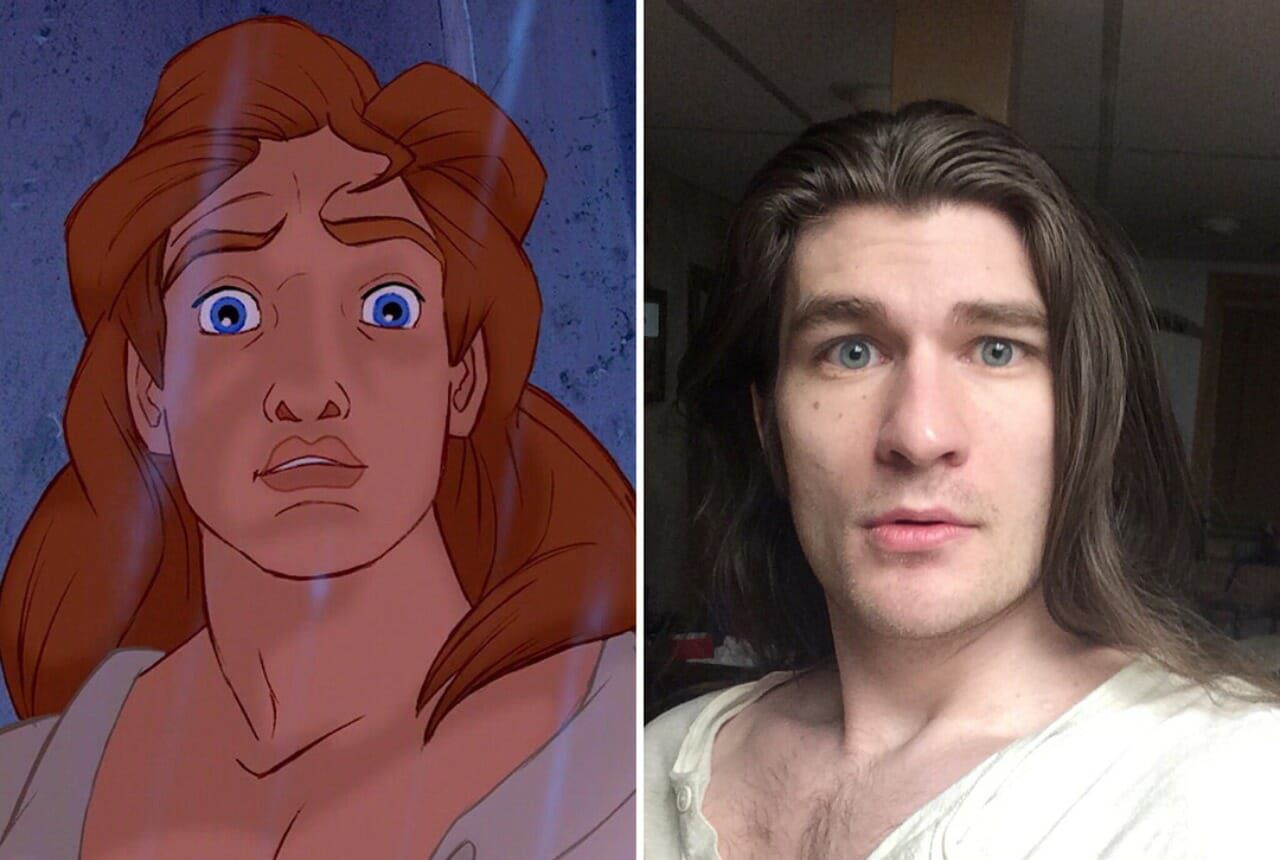 The dating scene these days seems permanently Tinder-fied. Romantic hopefuls hold out hope to meet their real-life Disney prince. They fashion their dream men after the strapping, striking profiles of Ariel's Prince Eric or Sleeping Beauty's Prince Phillip. But those men are few and far between. However, 26-year-old dreamboat Jeffrey Kendall of Connecticut is making waves with Disney fans on Instagram. Because he's shown the world that Disney princes aren't just the stuff of legend. Instead, they actually exist to rub shoulders with the rest of us mere mortals. The now-svelt Kendall flexes his 70-pound weight loss on Instagram for the viewing pleasure of his growing online fanbase. And I can't get enough of Kendall's transformation. Neither can the rest of the Twitterverse. And we didn't even have to kiss a frog to see it happen.

Unlike me, 26-year-old Jeffrey Kendall of Connecticut doesn't process his self-loathing with the help of Ben & Jerry's and days-long Netflix binges. Once overweight and ashamed of his appearance, Kendall dropped over 70 pounds while unemployed and caring for his ill mother, transforming into an Internet icon and IRL Disney prince seemingly overnight.

For Kendall, weight had always been an issue. “I was an overweight youth, I was bullied growing up," he wrote in a Reddit post dedicated to chronicling his transformation.  "I’ve lived my life with body-image and confidence issues...I had many plateaus and stalling points but just had to keep on that horse!" Over 70 pounds above his ideal weight, Kendall knew he had to make a change for his own health and happiness.

Using a terrible tragedy as a platform for change, Kendall turned his life upside-down after his mother suffered a brain aneurysm. Juggling to provide her with round-the-clock care while wading through the murky waters of self-loathing, Kendall began accompanying his longtime friend to the gym for weekly workout sessions. "Looking at myself at the time, I was in a long-running battle with self-image and depression," he admitted.

Putting In The Work

Kendall's dedication to his appearance quickly extended far beyond the care of his flowing locks. Soon, his combination of daily push ups, counting calories and making healthier dietary choices led to Kendall shedding the pounds and showing off a jawline that seems to be shaped from stone. In just under two years, Kendall dropped over 70 pounds and picked up a habit for both hitting the gym and centering himself with sessions of yoga.

Rightfully proud of his massive accomplishment, Kendall thought it best to hop on Reddit and share his appearance overhaul with a bunch of pedantic keyboard warriors. Surprisingly, the forum-styled website did NOT rip him a new one and was soon flooded with positive responses congratulating his stunning appearance and gifting him with thousands of Karma points and Reddit gold. "I've gained a whole new appreciation for life. Remember to always love yourelf," Kendall titled the post.

After Kendall's Reddit post went viral, the comments comparing his new appearance the the prince from Disney's "Beauty and the Beast" started flooding in. Pleased with his new online celebrity status, Kendall even posted the outcome of a reverse image search to the 'Gram, highlighting the newfound attention his golden locks and rockin' bod were receiving.

Bolstered by the outpouring of support he's received from the Reddit community and beyond, Kendall has now set his sights on letting his good looks grant him a pass into working in the entertainment industry. "The comments were all so uplifting and inspiring. Many called me a real life Disney Prince, the highest compliment of them all," he admitted. "It's made me choose to chase a dream of becoming a model or maybe an actor one day."

Like a dog with a bone, the internet couldnt let Kendall off the hook without sharing the secret to his free-flowing mane. Responding to the pressure, Kendall took to Reddit to gift his fans with the beauty routine he follows to keep his locks bouncy and free from tangles--although he insists there's no "secret formula." "I don't have much of a secret," he said. "I try to be mindful not to damage it, I condition every day and shampoo about every 5-7 days. I've never used other products though it's something I'm looking into."

Thankfully, viral fame hasn't gone to Kendall's head as he still is very much grounded by how closely his fitness journey is linked to his mother's health. "Being home helping with my mother has been a huge help and motivator for me as well. She's the toughest person I know and gives me a constant appreciation for life," he said. "At the end of the day, I just want to make her proud."

For Kendall, the future became bright after he dropped the pounds and became a viral celebrity. "Now I stand over 70 pounds lighter, and I appreciate every breath I take. I'm using the love and support from everyone around to continue working towards my ultimate goal in life, which is to simply be love," he said. "I'm not entirely sure what that means just yet, but I hope to find out."