Alex Shea
Real-Life Forrest Gump Sets Out to Walk Across America— Until He Finds a Snake in His Path December 3, 2019Leave a comment 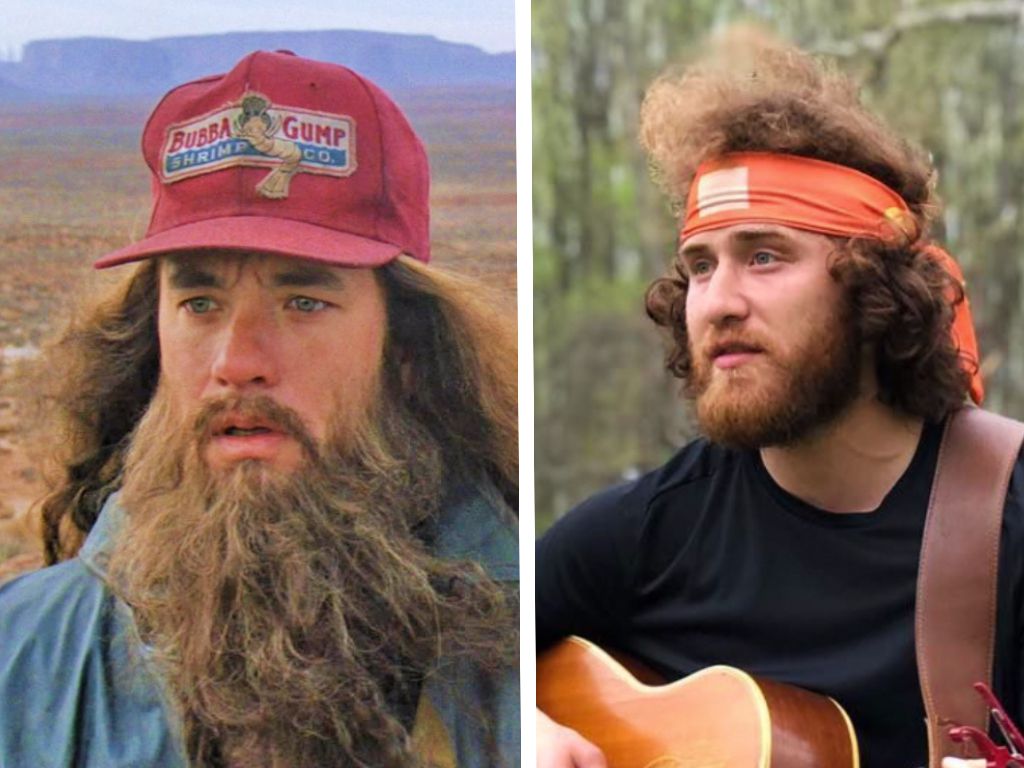 Sometimes life imitates art. Singer-songwriter Mike Posner set out on a journey that would take him six months and 2,851 miles. He wanted to experience transcendence and authenticity, and he traveled across the country to do just that. But he didn't expect the toil and pain he would have to endure to finish his journey.

The Walk Across America is Nearly 3,000 Miles

Mike Posner set out his route starting at Asbury Park, New Jersey and finishing in Venice Beach, California. Mike Posner planned to walk from one coast to the other. It would take many months of constant walking, but during a lull in his music career, he decided then was the right time to clear his mind and take a long walk.

The Man Who Walked is a Famous Musician

A singer-songwriter with an impressive career, Mike Posner had a very good life. But there was something missing. This 31-year-old man yearned for change and trekked 3,000 miles across the country to prove something to himself.

He Walked to Clear His Mind

He wanted to live a more deliberate life. After outright success in 2010 with the single "Cooler Than Me", Posner has kept an eccentric streak in the music industry. With a few Top 40 hits already under his belt, he was seven months away from the release of his third album.

Something Out of the Ordinary For Him

Unlike the first two albums, Posner had barely thought to promote his third album on the way. He got the idea of a 3,000-mile journey from overhearing a stranger's conversation five years prior. For the most part, the idea of traveling from one coast to another was a whimsical dream at best.

Unlikely Inspiration From a Stranger

Five years ago, Mike Posner overheard a conversation about the endeavor while in Venice Beach, California. Because that's where the dream was born, he chose to end his journey there. One of the first steps in the adventure was choosing the coastal endpoints.

The Idea Came From Bruce Springsteen— Not 'Forrest Gump'

While he knew where he planned to walk to, where he would begin was the mystery. The starting point of Asbury Park, New Jersey came to him via one of his earliest influences, Bruce Springsteen. The idea of getting your starting point in a life-changing journey from one of your favorite artists doesn't sound all that crazy.

His Management Was Afraid

The music industry today is set at such a turbocharged pace. Artists are releasing music at an unconventionally expedient rate. Mike Posner's management team were afraid of the idea of Posner leaving for an extended amount of time in today's music climate.

He Wrote "I Took a Pill in Ibiza"

With the whirlwind that is the music industry, people are now receptive to different kinds of music than they used to be. His last hit "I Took a Pill in Ibiza" didn't resonate with listeners until it was coated in a synth. It was at that moment that Posner realized now was the time to make his dream a reality.

Now Was the Time, Despite the Consequences

There would never be a better time to complete that idea of a trek across America. He realized that he wanted to be more than someone who talked about doing something. He wanted to be the person who actually went out and did it. Regardless of whether the music world would welcome him back with open arms, he took a risk to pursue his real goal.

He Became More Famous When He Started

But Posner's 3,000 miles journey did the opposite. Because he opted to document his trek across America on his website and social media, he gained an influx of followers. People all over wanted to witness his experiences and hardships. They wanted to feel as if they were a part of it. He posted often enough for people to actually feel like they were on the journey with him. They were encountering the same tribulations. They were living vicariously through the modern-day Forrest Gump.

A Typical Day Was Simple

His walk across America spanned roughly 3,000 miles—2,851 to be exact, from Asbury Park, New Jersey to Venice Beach, California. His daily routine involved waking up early in the morning, eating breakfast, meditating and walking for 8-mile bouts at a time. But, he wasn't ever alone. Besides the fans that would run alongside him daily, he had an assistant travel ahead of him in an RV, where Posner slept, ate and bathed.

He Was Warned About Rattlesnakes

The only time he wasn't able to keep up with his newfound daily routine is when he was walking through Colorado, where he was bitten by a rattlesnake. Shortly after crossing the Kansas-Colorado state line, and after 16 miles of walking that day, Posner caught up to the RV that housed his assistant to compose himself for the remainder of his walk. He had been warned about the rattlesnakes in that stretch of land prior by a passerby, but the likelihood of being bitten while resting off the trail itself didn't occur to him.

The Bite Was Deadly

Luckily, there were people there who witnessed the bite and Mike Posner was rushed to the hospital. He spent the next few weeks in a bed, surrounded by AC, and recovering from his injury. During this time, he kept up with his social media accounts and the support rolled in. The rattlesnake bite didn't stop Posner from walking. After he recovered, he got through the remaining 1,000 miles of the walk.

The movie "Forrest Gump" has been a part of American culture for a long time. So much so that his name has slowly slipped into our everyday vernacular when it comes to running. When we say that Mike Posner is a present-day Forrest Gump, it's because we associate Tom Hank's character with overcoming tribulation. Forrest Gump might have ran nearly 15,000 miles, but the premise remains the same. Posner started this run shortly after the death of his father, knowing that a long run may help him clear his mind, as it did for Gump.

The Paths Posner Walked Was Paved

After the rattlesnake bite in Colorado, Posner stopped accepting guest walkers because of how dangerous the trails could be. Although he has estimated that "98% of the walking" was done on blacktop, and not just backwoods trails, there was a lot of 'The Walk' that had to be improvised with highway shoulders and forest-service roads. The three "fabled paths" that stretch along the top and bottom of the United States include the Appalachian Trail in the East, the Continental Divide Trail along the Rockies, and the Pacific Crest Trail in the West.

Living Out His Dreams

Mike Posner set out to accomplish something very few people do. He pursued a goal, a dream. There are so many of us who dream something and only ever dream about it. With a team supporting him, he made his dream a reality in a span of just 186 days.

He Had An Amazing Team

This endeavor was a "supported" one. While he trekked along, one of two of his assistants waited a few miles up the road in an RV to prepare meals and give him a place to sleep. He admits that his team did "everything except the walking" and he is grateful to have been able to afford the extra resources to help him succeed.

Along the way, he would perform "ninja shows." These shows are spur of the moment and don't cost a thing to anyone. He mentions in an Instagram post that not receiving payment to perform makes him feel like the "exchange is more pure."

Throughout the journey, Posner was introduced to some of the most authentic people. The chaos of his own mind faded into the background with each person he encountered along his trek. He came to understand that everyone has their own problems going on, which he gladly listened to with an open mind.

No Two Worlds Are Alike

From meeting a farmer in Kansas who was disheartened at the idea that people thought he was poisoning them with his inorganic produce to journeying across the Navajo nation where some residents are still without electricity, Posner was exposed to all walks of life. He discovered that there were people in the world that lived with differing mindsets. It's tough to understand other points of view when the only one you know is your own.

Everyone Wished Him Success

In addition to the people Mike Posner ran into and sparked conversations with, there were also people who chose to walk alongside Posner in many of the cities he passed through. He cultivated relationships with these people as they walked for miles together. The kind of support he received was incredible. People genuinely wanted to see him succeed.

Despite all of the support Mike Posner received, the trek itself was still dangerous. Imagine walking for 30 miles a day, and the blisters on the soles of your feet. But he found a way to stay sane. He listened to his own music on repeat as well as a pre-made compilation of voicemails from people like Diddy, Aerosmith's Steven Tyler, and even his mom, Roberta.

In addition to the voicemails and the mixtape he played during his daily hikes, he got through those 6 months with a particular mantra—"keep going." "Keep Going" just so happens to be the name of the mixtape he created for himself before the trip. When he crossed the California state line in October, he released the mixtape to the public in an attempt to inspire someone else's adventure.

The True Essence of The Walk

Posner claims that the time he spent in the hospital because of the rattlesnake bite was most press he's ever encountered and he liked the attention. But that's what the very essence of this journey was about—facing the worst parts of yourself and the elements of nature. What Mike Posner hoped to get out of this endeavor wasn't to become somebody's hero. He wanted to inspire people to face their fears and pursue their goals in life.

A New Way of Thinking

This is just the beginning for Mike Posner. In all of the interviews he's given since starting the walk across America, it's clear that this isn't the end of his adventurous spirit. He wants to be someone he's proud of, living a life that's more authentic and deliberate. To take a journey like that, you have to already know or hope you'll learn something about yourself when you come out on the other side. And Posner did.