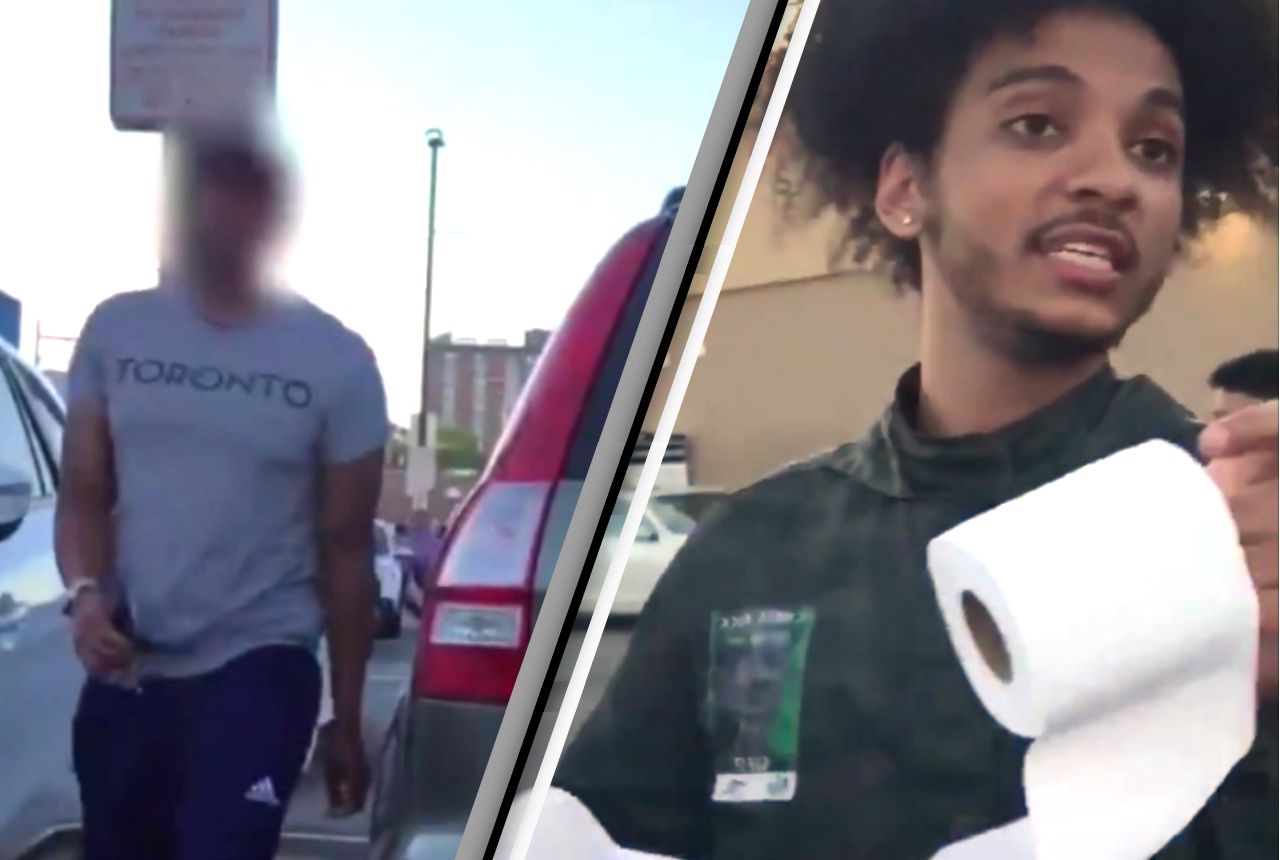 Finally, someone has done what we've all wanted to do. This Instagram prankster stepped up and saved the day by getting revenge on a parking space thief...

It was an ordinary day when social media prankster Lil Skitzz found himself facing off against a car that wanted his parking space. Despite having earmarked the space as his own, Lil Skitzz watched as another car moved into position and drove right into place. It's a brazen crime that we've all seen a million times, and there's nothing more infuriating.

Already, Lil Skittz's friend was filming, no doubt sensing that this would end up being an uncomfortable situation. As such, we all get a good look at the disbelief and rage that crosses the driver's face as he sees his spot taken in an act of daylight robbery.

Just look at this guy’s swagger as he leaves his car. As if he doesn't know what he's done. Soon, though, he'll end up finally getting a taste of his own medicine.

The Drive of Shame

His space stolen from right under him, Lil Skitzz is forced to endure the Drive of Shame as he slowly heads down to the far end of the parking lot to find somewhere else to park. He'll have to endure an extra minute of walking to get to and from the store, and that’s torture he shouldn't be forced to experience.

So what diabolical scheme does Lil Skitzz have in mind? Simple: He's going to TP his enemy's car. It's a genius strategy. He can't be punished for damaging the car, but the thief will be slightly inconvenienced, just as he inconvenienced another driver by stealing a parking space.

Lil Skitzz begins the process of wrapping up the thief's car in toilet paper. The TPing is a slow process, as this is an art form that requires both precision and delicacy. Soon the car will be wrapped up entirely, and Lil Skitzz's revenge will be complete.

It takes a lot of winding to properly wrap up a car in toilet paper. Lil Skitzz needs to be sure that the paper will stay up on its own, and that it'll wrap up the doors and windows so that the parking space thief will really have to work to untangle his precious car.

Before long, the car is all wrapped up, and it's hard to see in through the windows. This will take a lot of work to untangle, which should serve the thief right to thinking that he can get away with parking wherever he pleases.

Going the extra mile isn't strictly necessary for a prank like this, but Lil Skitzz is an artiste. He knows that the best TP prank is one that is particularly annoying to untangle, and he has plenty of time to work on this. He just needs to make sure he's finished before his victim finishes in the store.

The Deed Is Done

Having suitably wrapped up the car, Lil Skitzz retreats to a safe distance to watch from the shadows. It's only a matter of time now before the thief returns, and discovers the terrible mess that has been left for him. This is the toilet paper of justice.

Burdened by large bags of groceries, the thief returns to discover the state of his car. Time stands still for an instant as he takes everything in. Very slowly, he begins to react.

Lil Skitzz's video captures the whole sorry scene in glorious Standard Definition. The man, unable to believe his eyes, drops his bags to the ground in horror. Has he finally seen the error of his ways? Or is he simply overwhelmed at the thought of untangling all this toilet paper?

Ah, the hands-on-hips pose. A visual message to the world that the thief is enraged, and unable to quite process what's happened. A "what have we here?" or, indeed, a "What have I done?" that communicates his whirling emotions.

As the reality of the situation sinks in, finally, the thief has regained motor functions. He begins skulking around the car, looking for the easiest place to start freeing his vehicle from the terrible paper. His reaction is perfect. Almost too perfect.

As the man begins untangling his car, Lil Skitzz laughs quietly out of view. But there is an element of doubt here. It's almost as if the man was playing up his outrage and despair. Is he really a victim, or has he been in on the prank all along?

Pleased With the Results

Either way, Lil Skitzz is certainly very pleased with himself. His big grin is proof that his objective has been achieved, but there's one more thing left to do: He needs to leave a calling card of sorts. It's time to return to his car and taunt his victim.

As Lil Skitzz drives by, the thief is on the phone, no doubt calling someone to complain at the mess that has been left for him to clean up. That is, assuming that he's not in on the prank. It’s very convenient that Lil Skitzz was already filming when this entire saga began, no?

As Lil Skitzz drives past, he yells out at the man. "Thanks for the free content," he shouts as the thief begins to chase him in anger. Certainly, there's no denying that this entire story has proven to be perfect viewing content for Lil Skitzz's video platforms.

If there's a moral to this story, it's that you should never upset a social media user who's in need of some good content. Get the right (or wrong) person mad, and you could end up getting targeted for an internet prank. Nobody wants that.

Sometimes, our heroes disappoint us. It's worth noting that Lil Skitzz might not be the righteous champion of the oppressed in this instance. His other pranks aren't necessarily all that noble. Take, for example, the time he pretended to be electrocuted by some jumper cables.

Worse still is a prank in which Lil Skitzz pretended to be injured so he could create a crush at the bottom of an escalator. This kind of minor annoyance is something that deserves punishment itself. If only some kinder, wiser, more heroic prankster could give Lil Skitzz his just desserts. And, thus, the cycle begins again.