Karla Pavelka
Teen Applying To College Finds Out The Bizarre Truth About His Childhood November 21, 2019Leave a comment 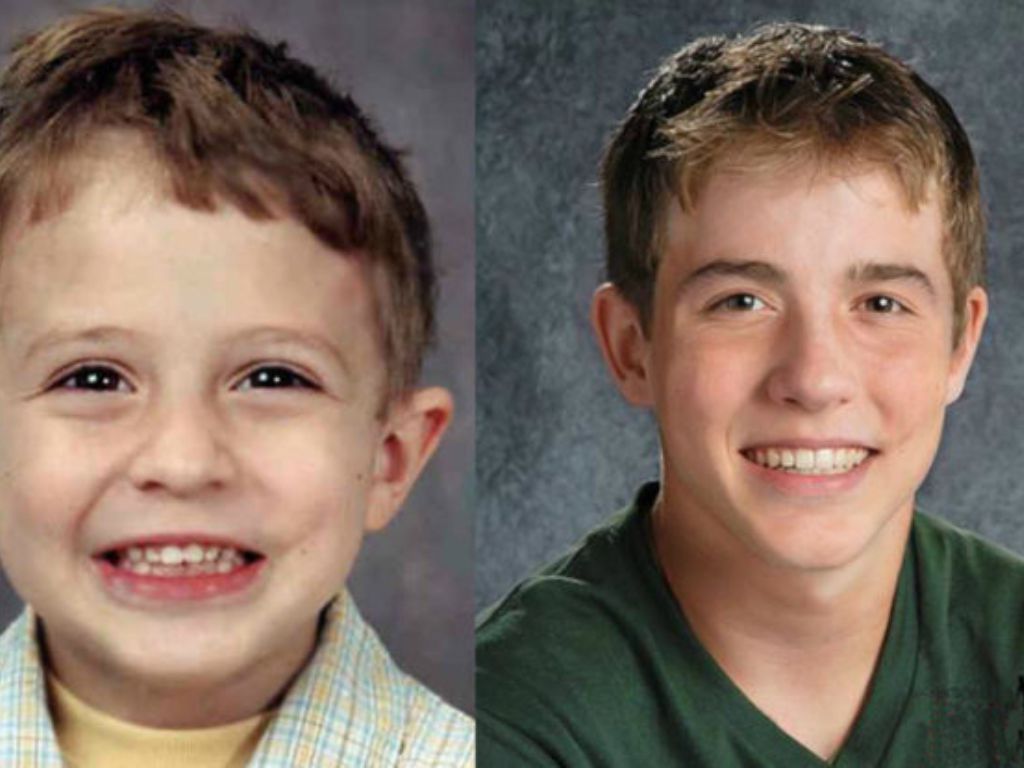 College is life-changing. For this teen, however, it wasn't just about entering a new phase. Applying to college changed the course of his life in a way he couldn't have imagined.

There was an issue with J.J.'s social security number. It didn't match his name. Schools kept flagging his application because of it. Applying to college is hard enough when things like this don't go awry. J.J. needed to get to the bottom of it.

A Normal Life— Or So He Thought

J.J. Mangina lived a regular life. He lived with his father, Jonathan in this house in Cleveland. But their life wasn't as simple as it seemed. Soon Jonathan would find out that his childhood was anything but normal and the family he knew was a lie.

A Single Father Did His Best

Jonathan was a single father. He had been raising J.J. all by himself since the age of five. He had big dreams for his son. "He was always talking about his son. All he wanted him to do was to be able to go to college," said a neighbor.

His Mother Was Out of The Picture

J.J.'s mother wasn't in the picture. Jonathan said she'd left when J.J. was five. Though J.J. was born in Alabama, the two moved to Cleveland when J.J. was young. Jonathan wanted a fresh start and soon found a good job in the area.

J.J. grew up to be a great student. By the time he was a senior in high school, he was an honors student. He almost aced his ACTs. It looked like his father's dream of having him go to college would be realized.

Ohio State Was Their Goal

J.J.'s dreams aligned with his father's. J.J. also wanted to go to college. He planned to go to Ohio State University when he graduated. Given his ACT scores, he was a great candidate. But, when he tried to apply, his school's counselors found a wrench in his plans that they had never seen before.

A Problem With His Application

J.J. applied to colleges. But there was a problem. It wasn't that he was getting rejected. Something else was going on. There is a lot of personal information that he had to submit with his applications, like any other student, including his name and ID, but these documents weren't matching up.

There was an issue with J.J.'s social security number. It didn't match his name. Schools kept flagging J.J.'s application because of it. Applying to college is hard enough when things like this don't go awry. J.J. needed to get to the bottom of it.

Trying to Solve the Mystery

J.J. approached his school counselor. The counselor tried to get to the bottom of it. She eventually found what was happening. But it wasn't what anyone expected and it soon changed the way J.J. thought about his father.

J.J. was listed as a missing child. The National Center for Missing & Exploited Children had him on their list. He'd been missing for years and he had no idea. Surely a missing child would know they had been kidnapped, right?

The National Center for Missing & Exploited Children had a photo of J.J. as a child. Not only that, they had a photo that had been age progressed. They had distributed it in an effort to find J.J. He'd been missing since he was five and he was now 18-years-old.

Not Who He Thought He Was

There were about to be a lot of discoveries. J.J.'s name wasn't even J.J. It was Julian. And his last name wasn't Mangina. It was Hernandez. Sadly, this discovery wouldn't be the end of the story. There was a lot more that J.J. was about to learn about his father...

His Father Was at Fault

His father also wasn't who he thought he was. His name wasn't Jonathan Mangina. It was Bobby Hernandez. What was going on?

Julian's mother hadn't left. In fact, she still lived in Alabama, where Julian was born. It wasn't Julian's mother who had taken off. It was Julian's father. When the father and son moved to Cleveland when J.J. was five, he was kidnapping his son after losing a custody battle.

When Julian was five, his father had agreed to take him to preschool. He packed up Julian's baby blanket and a stuffed orca. He then went to the bank, drained all his accounts and took off with Julian. Because Julian was with his father, he didn't realize at 5-years-old that the act was malicious.

Julian had been kidnapped by his own father. Because he and Julian's mother were in a custody disputer, Bobby decided to take his son and disappear so he wouldn't have to face the court. He had taken Julian, and vanished. Julian had no idea.

When Julian was taken, his mother was desperate to find him. She had gone into Birmingham and put flyers everywhere. She was devastated. "I was desperately trying to find my baby," she wrote. "I left his bedroom untouched for years, hoping he would come home."

Julian's mother was deeply affected by the kidnapping. She left his bedroom untouched for years. She couldn't stop thinking about him. "I didn't know if he had a home or if he was taken care of," she wrote. She was deeply effected by Bobby's actions and her hurt carried on for years.

Julian's kidnapping changed how his mother lived her life. She had another son, and wouldn't let him play outside by himself. She locks her doors, even in the middle of the day. She was afraid of Julian's father.

In court, Julian pled on his father's behalf. "He loved me and protected me more than anybody else could during my life," he said. “I don’t know what else to say other than do not send my father to jail. Even if other people can’t, I forgive him for what he’s done. I love him and I want him to be a part of my life.”

Julian said his father was responsible for making him the person he is today. He pushed him to excel at school. He said his father was the reason he got into college. He asked the judge not to send his father to prison. "Taking my father away from me now just increases the pain," he said.

But His Mother Was Not So Forgiving

Julian's mother, however, had some harsh words. In a statement read by her attorney, she described the day that Julian went missing as the worst day of her life. "During my darkest moments I considered suicide," she wrote.

Bobby tried to explain why he took Julian. "Julian was the most important person in my life," he said. "I accept full responsibility for everything I did." He broke down crying as he tried to explain.

Bobby Hernandez was found guilty. The judge sentenced Hernandez to four years in prison. This is only one year above the minimum sentence, so it's fairly lenient. Ultimately, the judge sided with Julian. She said that she found his testimony the most persuasive when considering her sentence.

Bobby Hernandez is seeking to get released from prison. He's only served one year of his four-year sentence. His attorney is seeking he be freed, with some type of court supervision. The prosecutor's office is going to oppose his early release.