The Most Hilarious Airport Pickup Signs Caught on Camera 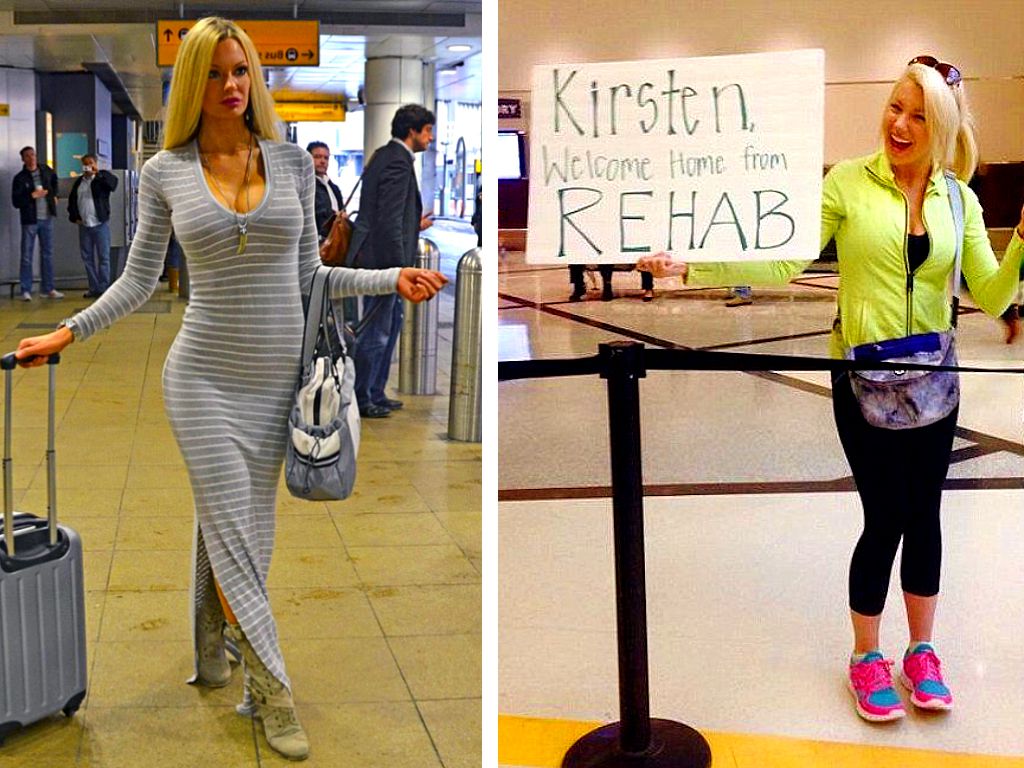 You go to the airport, and what do you see? A bunch of people holding some really weird signs while they wait for their loved ones to arrive. Obviously, these signs come from a place of love. And what better way to show how much you missed someone than by holding a totally embarrassing sign in front of perfect strangers?

These Guys Were Real Troopers

Darth Vader lives! Well, not really. These funny guys were just being real troopers (or should we say storm troopers?) and dressed up like they were ready for the clone wars while waiting for their beloved leader to arrive. Queue the Imperial March now, please.

What Did the Dinosaur Say?

This person decided to pick their loved one at the airport dressed up as a dinosaur, which is pretty cool unless you’re the person they’re greeting. They probably spent some time looking for them among the crowd! But a lot of people were probably left wondering what the sign said since he was holding it the wrong way.

It Isn’t His But He’ll Raise It

This guy was asked to pick up his neighbor, Anna, from the airport. So, he decided to have a little fun with her by holding a sign that read: “Anna, I know it isn’t mine, but I’ll raise it as my own.” It’s a good thing she’s not his wife or she’d be his ex-wife once she saw this.

Mom’s Back From Prison

This poor mom arrived at the airport and was greeted by her family with a sign that said, “Welcome home from prison Mom.” Okay, so obviously, this was a joke. But if she gets revenge on her family for pulling a fast one on her, she’ll probably wind up there after all.

Dad Greeted Her With Margaritas

This dad may be the cutest guy ever! He set up a margarita station and placed a sign that read, “National Margarita Day” on a small table to greet his daughter at the airport. The fact that TSA agents allowed him to set this up was actually really cool.

This guy welcomed his big brother home with a sign that suggested he had just come home after a stint in rehab. It’s obvious that he’s trying very hard not to laugh. But his big bro undoubtedly wished he was an only child after seeing this.

His girlfriend arrived and was welcomed by her bae’s sign which read, “Oh Great, You Somehow Survived.” But he probably won’t survive long once they get home! Just kidding! Judging from her expression, she obviously missed his snarky humor too.

Congrats on the Mail Order Bride

This guy’s daughter thought it would be funny to welcome him with a sign that congratulates him on his latest mail order bride. The dad obviously laughed his head off. But we bet he secretly wished he would've just Ubered home from the airport.

He’s Back From Prison

This guy’s teammate held a sign to welcome him home, which read, “Welcome home from prison, Sam.” Alright, so it was a joke. But judging from the socks and sandals, Sam is the one who probably should go to prison for this fashion crime.

Wifey, The House is a Mess

The moment this wife spotted her family she was overwhelmed with joy, especially when she saw her daughter’s welcome home sign. But when she read her husband’s sign, we bet she probably wanted to get back on the plane and get the heck out.

Poor Jody! She came home and was greeted by her brother, who made her wish she was an only child after he held up a sign that said, “Go Back 2 Cali Jody, We Hate You.” But that’s the equivalent of saying "I love you, sis!" in bro talk. Then again, he might have meant every word on the sign. You just never know!

She’s Not Picking Him Up Again

This girlfriend is seriously fed up with picking her boyfriend up from the airport, at least that’s what the sign suggests. Also, notice how the heart and the words “Welcome Home” were written in lighter ink than the rest of the message. Did she add these things after the initial message? That's some food for thought for this frequent flier.

This husband decided to embarrass the heck out of his wife by holding up a sign that called his wife a hot Italian chick. The Redditor captioned the photo, "Embarrassed the wife at the airport in front of several coworkers and her boss. She loved it." This is one husband that likes to spice things up!

Little Rebecca had just flown on her own for the first time. So, her dad decided to dress up as Darth Vader and held a sign that read, “Rebecca, I am your father.” Hopefully Becky wasn’t too humiliated. On the bright side, Luke and Leia never got this kind of star treatment from their father.

This Guy Proposed to His Straight Friend

This guy greeted his straight friend at the airport with a big cardboard sign that read: “Tom Will U Marry Me?” He reportedly never got a straight answer from him, but hopefully he was the kind of friend who had a sense of humor and laughed it off.

This wife wrote a nice welcome home sign for her “babe,” which isn’t as sweet as it sounds. She took the time to write down everything she had discovered after getting access to his cell phone records including a ton of infidelity, 2 pregnancy scares and 1 bi-curious episode. Wow!

Mommy’s a Lot of Work

Mommy made a sign designed to look as if baby Kaden had written it, and it undoubtedly made daddy laugh. In the sign, it mentioned how Kaden had been looking after mommy but that she was a lot of work. At least mommy was big enough to admit it.

A son is a mother’s pride and joy, but the feeling wasn’t mutual for this traveler who was greeted by his mom with a big pink sign that read, “Joe, It’s me, Mom. Remember?” She forced him to walk around the airport with her arm around him. She also had a sign on her back that read: “He’s my baby!” The look of despair on his face is absolutely priceless.

A girlfriend sent her boyfriend to pick up her best friend Sarah from the airport. So he decided to break the ice and introduce himself with a sign that read: “Sarah, I have the Imodium you asked for.” Imodium is a medication for someone who has a case of the runs. Sarah probably soiled her pants when she read it, which is a bit ironic.

These kids made a welcome home sign for their mommy which looks thoughtful at a glance, but there’s a p.s. at the bottom that suggests that the boys are glad mommy’s home so she can go back to being their live-in maid once again and do their laundry.

This dad thought it would be hilarious to greet his straight son with a sign that read: “Welcome home son. It’s okay to be gay.” Hey, at least dad seems like a pretty cool, open-minded guy. It would be REALLY funny if it turns out that his son really IS gay and comes out to him some day.

The Dog Ate the Couch

This airport sign starts out with the usual lovey-dovey "I miss you's." But it quickly escalates into a heart-stopping confession. It turns out that while they were gone, their dogs ate the couch. They also added, “No... seriously,” in case they thought it was a joke.

No Wall Can Keep Them Apart

A sister greeted her sibling at the airport with a sign that read: “Welcome back to America. No wall can keep us apart.” Clearly, she went to Mexico for a visit and came back. It’s a great way to have a sense of humor about something that is otherwise very sad.

He asked her to make a greeting sign for him so he would know where she was when he got off the plane, and this is what she came up with. It’s a concise, straight to the point kind of sign, but come on! Where’s the love?

She’s either the best girlfriend ever, or she ended up changing her status back to single on social media after greeting her boyfriend with this embarrassing sign. She probably got a lot of side-eye glares from people, but her boyfriend probably did too when he approached her slowly. He might have debated whether to pretend he didn’t know her or not.