Sarah LaPointe
Things You Should Never Buy If You Want To Save Money At Costco November 6, 2019Leave a comment 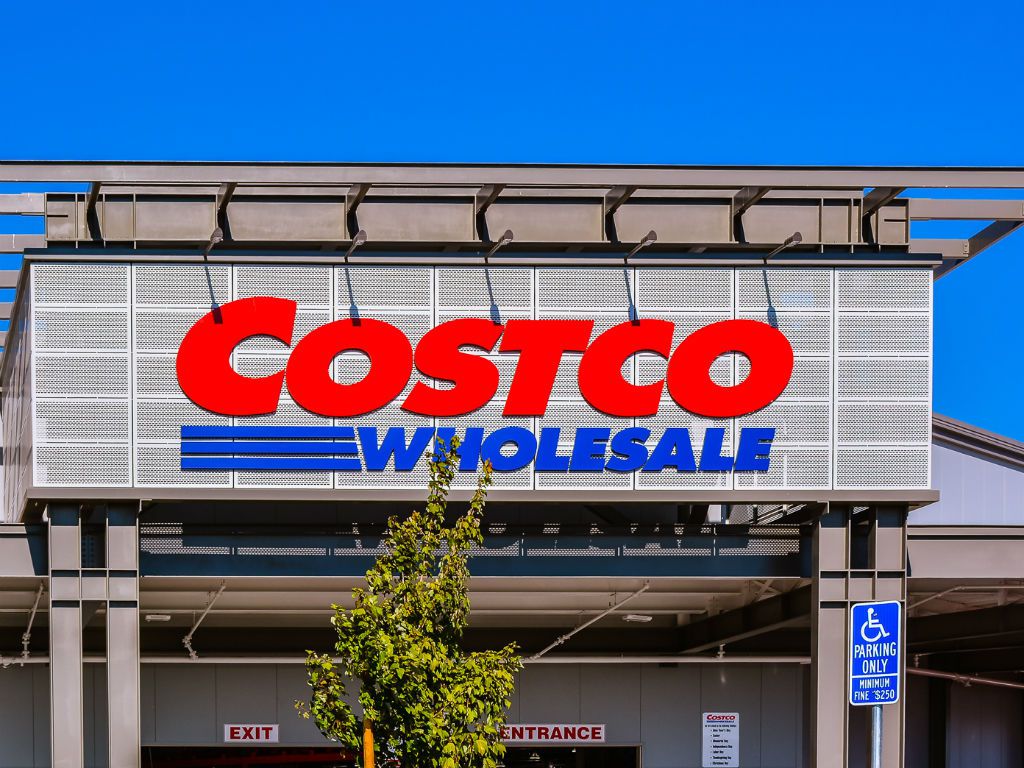 We all want to save a few bucks every now and then, especially when it comes to shopping. Looking for the cheapest deals, waiting for the lowest sales, clipping coupons—everyone has their methods for beating the rising costs of everyday products. When it comes to groceries, it's best to stray away from this particular retailer, and for good reason!

Clothing is often the best form of temptation when it comes to buyers, but beware their outer appearance. Kyle James of Rather Be Shopping warns the apparel sold at outlet stores is designed specifically for those retailers and "are of lesser quality" compared to other name-brand clothing stores.

While Costco sells more organic produce than Whole Foods, don't be tempted to buy more than you can eat. As with all perishable food, there's only a certain amount of time between purchase and consumption that the item stays fresh. Though buying in bulk may seem like the cheaper option, spending less for more food often ends up hurting your wallet more than helping it. Roughly 25% of fruits of vegetables are end up thrown away according to researchers, leaving the average household with about $590 per year in the garbage rather than their pockets.

Almost all of Costco's dairy products are overpriced when compared to most grocery stores. One Yahoo Finance researcher found that a 64 oz. container of heavy cream cost $10 while a competitive brand sold the same for $5. The same person also discovered five-dozen eggs would cost them anywhere from $8 - $10 while other stores would sell them for $7.50.

Lovers of Asian or Indian cuisine should stray away from buying this popular side-dish at Costco. A former frequent shopper and Youtuber Flo Lum discovered that a particular brand she favored was being sold for 35% more than what was being offered at her local market. In many cases, rice found at a small shop ranges from $10 - $14 where Costco would sell the same amount for $20 - $40.

Back-to-school shoppers and those stuck with having to change their office's printer ink are more likely to find better-priced items at Walmart and Staples rather than Costco. One estimate reveals Costco sells 10 reams of office paper for $32 while Walmart sells them for $2 during sales.

Why spend $6 (for a single box) to almost $10 (2-count) for cereal at Costco when you can save money with deals from your local supermarket? Most grocery stores sell cereal for $2 - $7 and often do 2 for $5 promotions. Combine their promotions with coupons and the savings will certainly speak for themselves.

Those in favor of pre-made meals are better off looking elsewhere for their food on-the-go. Frozen meals at Costco go for almost $14 for a box consisting of anywhere from 6 - 18 individually wrapped bites. Many grocery stores are willing to discount those same meals in the form of 2 for $5 or 3 for $10 depending on their promotions and coupon deals.

Unless your family is really into soups and stews, there's no reason to buy a 12-pack of chicken broth at Costco for $5.39 when a simple four-pack from Walmart will last the same amount of time and only cost you $2.86. And when you factor in the cost of a Costco membership to your purchases, the better choice is clear.

Stocking up on toilet paper certainly saves you from ever fearing you've finished the last roll. However, those looking to save a couple bucks might want to steer clear of Costco when it comes to the precious paper. A 45-count of Cottonelle Ultra sells for roughly $28.99 at Costco while at Target a 35-count goes for $16.99.

For those with a baby on the way or those already enjoying their bundle of joy, the best stores that deliver on diapers are Walmart and Amazon Prime. While Costco sells a 198-count pack of Kirkland diapers for $36, Walmart has a 210-pack of another brand for a little over $23. Amazon Prime offers a family option for products that offer 20% off their diapers.

Most lotion products lose their effectiveness after three years so if you're looking to protect yourself from the hot summer sun, you may be better off buying the single bottles from Target, Walmart or CVS. A multipack of three bottles at Costco go for around $24 and runs the risk of expiring before you use up the first bottle. A single bottle of Banana Boat at Walmart goes for $7.

Similar to lotion, laundry detergent has a very limited shelf-life and loses its effectiveness after six months. A two-pack of 210 fl. oz detergent can cost up to $35 while a 150 fl. oz single bottle sells for only $15 at Walmart and Stop & Shop.

Razors can be extremely expensive and finding a low price at Costco is near impossible. A members-only bulk box retails for $23 ($1.64 per razor) while at Walmart, a box of 10 Gillette razors goes for a little over $8 (80 cents per razor).

While many of Costco's Kirkland Signature products have been praised for their quality and affordability, TheKrazyCouponLady.com has exposed one product's failures to meet expectations. A 12-pack of Kirkland Signature 2-ply Facial Tissue only contains 1,080 sheets and costs $14.29 according to her research. At Target, a 3-pack of Puffs Plus Lotion 2-ply Facial Tissue collectively contains 1,116 sheets and costs only $14.07.

While it may be tempting to buy a cheap bedding option for a studio apartment or small guest room, you're better off choosing one from a brand-name store. If quality and durability are your top priorities, Costco's third-party mattresses can't really compete with the high standards of retailers like Bernie and Phyl's or Bob's Discount Furniture. With online options like Casper and Wayfair, you also have the option for trial periods that allow you to determine if the mattress provides you with the proper comfort to get a good night's sleep.

Avid book-lovers will want to avoid Costco when it comes to stocking up on new reading material. TheKrazyCouponLady.com recently discovered some hardcover novels sell for $20-24 while Amazon has them for $19 (digital versions sell for $9).

While Costco does offer discounts for televisions, their lack of variety and general prices might lead their customers to look elsewhere. For example, the LG C8 OLED TV sells for over $1300 at Costco while Amazon sells the same for $15 cheaper and it delivers to your home.

Savvy shoppers swear by grocery stores instead of warehouse stores when it comes to buying their favorite sugary beverages. While Costco allows to to stock up in time for birthday parties and football games, their prices are higher than what can be found elsewhere. Most 12-packs of soda (normally around $4 - $7.49) are featured during "two for the price of one" promotions at local grocery stores while Costco sells 24-packs for $7.58 each.

When compared to Walmart's prices, Costco does beat out the competition by charging only $7.99 for a 3-pack instead of $18. However, unless you throw a lot of game-day house parties, buying in bulk may be unwise despite the savings. While an unopened ketchup container can last for up to a year, an opened one starts to lose its flavor and color after four to six months of use.

Most people love dipping their nacho chips in salsa or swirling their celery stick in some hummus but don't be tempted by Costco's cheap prices for these items when you can easily find deals for the same brands at Trader Joe's, Target and Walmart. While buying in bulk will increase your opportunities for dipping and dunking, looming expiration dates (Sabra Hummus expires 7 days after opening) may have you consuming more than you can handle in one sitting.

Just like condiments, seasonings can lose their flavor and go stale very fast if not used quickly. Instead of trying to save a few bucks by buying in bulk, opt for the smaller containers easily found at Stop & Shop and other grocery stores. A 2-pack of ground cinnamon (2.37 ounces) only costs $5.96 at Walmart where a 3-pack (4.3 ounces) at Costco sells for almost $20.

This particular item entirely depends on the customer. While some may be tempted by Costco's cheaper prices for gift cards— two $50 cards go for $79.99— others may be unimpressed with the limited selection to chose from. Most stores and malls carry gift cards for a wide variety of places, ranging from Starbucks to Sephora while Costco caters to only a slim number of recognizable hot-spots. However, those simple $20 - $50 cards can easily go into the high hundreds when you factor in every person you plan on giving them to.

While Costco may be a couple dollars cheaper and give you a few extra tablets, you may be better sticking with your local pharmacy when it comes to buying over-the-counter medicines and allergy relief. As with any product, medicine does come with an expiration date and buying cures for the common cold in bulk will only lead to more pills going down the drain. For quick symptom relief, it's best to shop at places like CVS and Walgreens rather than increasing your headache trying to wander down the aisles of Costco in search of Advil.

Stocking up in moderation actually saves you more than buying in bulk when it comes to canned goods. Most grocery stores offer exclusive deals and special promotions throughout the year that often include half-off sales. According to the Canned Food Alliance, most canned goods can last two years after their purchase date which still leaves doomsday preparers plenty of time to increase their supply.

When it comes to any type of meat product, its better to keep a watchful eye on grocery store promotions and coupon deals than running the risk of leaving multiple steaks in the freezer a bit too long. Buying in smaller quantities and portioning out meal preps will save you more money in the long run.