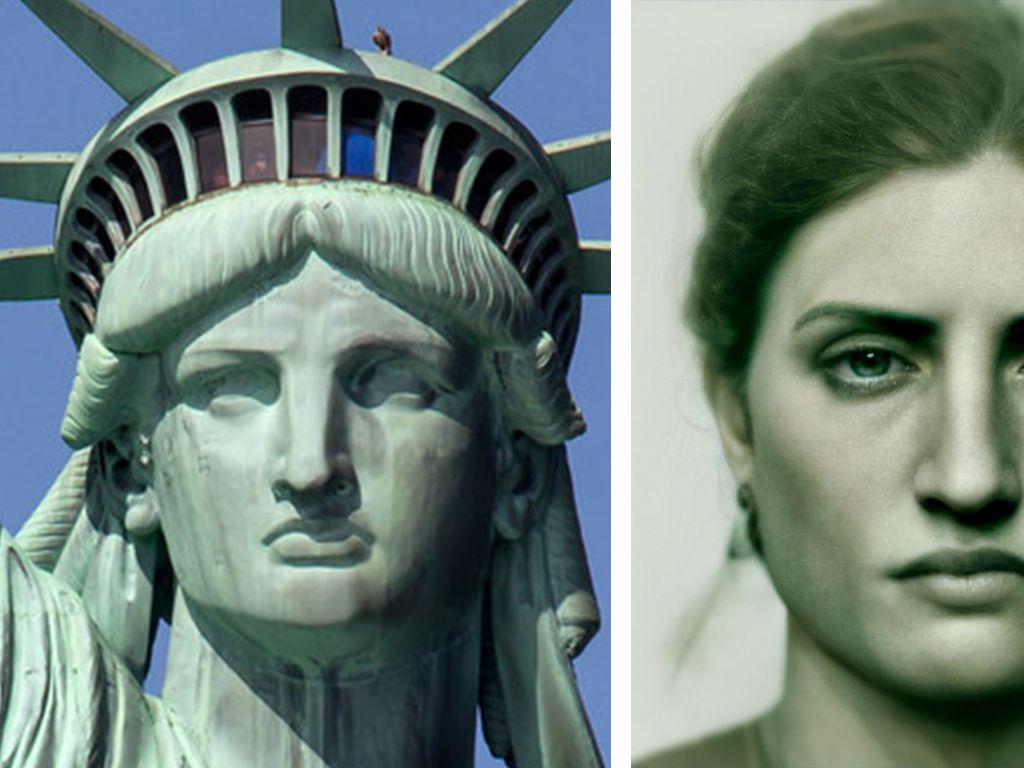 We all know that black and white photographs of historical figures don’t actually do justice to what these people looked like back in the day. But Bas Uterwijk, who is a brilliant freelance photographer living in Amsterdam, decided to fix this.

Using digital software and a lot of patience, Uterwijk was able to restore the color to many historical figures and bring them back to life, with incredible results...

Uncanny isn’t it? Thanks to Bas Uterwijk’s colorization, this photo of Vincent Van Gogh now looks like it was taken by a modern-day camera. Van Gogh was a Dutch painter who created about 2,100 artworks. But perhaps he’s most famous for reportedly cutting off his ear so he could get a better visual of it while painting it.

Napoleon Bonaparte was a French military leader and artillery commander during the French Revolution. He passed in 1821, centuries before Uterwijk was born. While there are colored paintings of Napoleon, they didn’t achieve the level of realism that an actual photo could.

Sandro Botticelli was an Italian painter whose work represented the linear grace of early Renaissance paintings. With the help of Artbreeder, a program that uses artificial intelligence and neural networks, Uterwijk was able to recreate Botticelli’s face. The program creates near-photorealistic images based on his inputs and what the program knows about faces and the way light behaves in photos. Pretty handsome, right?

Niccolò Machiavelli was an Italian diplomat and philosopher. In fact, some have called him the father of modern political science. Uterwijk thinks the process of generative adversarial neural networks used to create this photo will succeed today’s photographic techniques. "These 'Deep Learning' networks are trained with thousands of photographs of human faces and are able to create near-photorealistic people from scratch or fit uploaded faces in a 'Latent Space' of a total of everything the model has learned," he told Bored Panda.

Bas Uterwijk started colorizing old photos in 2019. His first experiment was with an old photograph of Billy the Kid. Billy was a famous gunfighter and an outlaw of the Old West. Once Uterwijk saw how well the colorization came out, he decided to try this technique with someone from an era that pre-dated photographs.

George Washington was a military general and the 1st President of the United States. But have human faces like Washington’s changed over the years? Uterwijk weighs in. "I think the human face hasn't changed dramatically over thousands of years and apart from hairstyles and makeup, people that lived long ago probably looked very much like us, but we are used to seeing them in the often distorted styles of ancient art forms that existed long before the invention of photography."

Elizabeth I, Queen of England

Elizabeth I was the Queen of England and Ireland until her death in 1603. But how did Uterwijk manage to get the hair and the clothes so precise? "I try to do everything as procedural as possible and let the AI do the most work, but sometimes I need to cheat a little in Photoshop because these GANs don't do clothes or classical hairstyles yet," he shared.

Jan Van Eyck was a Flemish painter in the 1400s. His contributions were the most significant representations of early Northern Renaissance art. But despite several artists’ efforts at painting him, they couldn’t achieve the realism that photographs can. So Uterwijk used his background in computer graphics, 3D animation and special effects to give historical figures like this one more realism.

Marcus Aurelius was a philosopher and a Roman Emperor from 161 to 189 AD. Given how long ago that was, it’s no wonder that there were mostly sculptures of his face. But thanks to Uterwijk and his AI software, we get to see what he would have looked like back in the day.

Gaius Julius Caesar was a former Roman consul who played a major role in the events that led to the fall of the Roman Republic and the rise of the Roman Empire. Uterwijk combined elements of the Tusculum, Chiaramonti and Arles busts of Caesar with the help of the neural network software to give life to this photograph.

Maybe you recognize him and maybe you don’t but this is Uterwijk’s interpretation of the red headed kid from the MAD magazines, aka Alfred E. Newman. Even though we know this isn't an actual photograph, there’s still so much character in these portrayals.

If he looks familiar, then it’s probably because Uterwijk recreated the iconic comic book character TinTin with the help of his generative art creating artificial intelligence software. His work is so life-like that he often has to add hashtags like #thispersondoesnotexist so his Instagram followers won’t get confused.

Uterwijk’s Instagram has a couple of classic Hollywood beauties like this one that you’d swear were real right down to their perfect skin and striking gaze. But in reality, he inputted data on the software and created people that never really existed. Unbelievable!

Here’s another colorized photograph of Italian artist Sandro Botticelli, which was also incredibly well done and really fascinating. You just can’t help but admire how Uterwijk kept some of the elements of the sculptures or original paintings to recreate these historic figures from long ago.

Rembrandt was a Dutch painter and printmaker in the 1600s. In fact, he was considered one of the greatest visual artists in Dutch art history. Having been born in the modern age, Uterwijk had no actual photograph of Rembrandt, but paintings of the painter gave him the template he needed to give this portrait a life-like makeover.

Fayum mummy portraits are a form of natural looking painted portraits on wooden boards that were attached to upper class mummies in Roman Egypt. Uterwijk modernized this technique to create this person that doesn't actually exist. So technically, he’s more of a synthetic human.

Uterwijk told Bored Panda that: "Although I see my creations more as artistic impressions than as scientifically justified, in some cases, the results for me feel much closer to reality than most other methods that are used in reconstructions of people so far." And that’s what he did with this Egyptian beauty who doesn’t really exist.

Although the Fayum mummy portraits in his collection aren’t of real people, the process used to colorize photographs often gives us a unique perspective of what people, real or imagined, would look like if they were standing right in front of us.

This Person Does Not Exist

This person is basically the digital lovechild of Uterwijk’s artistic talents and his program. But colorizing a real person is far more difficult. It requires researching so that Uterwijk can figure out what shades and color types he’s going to use in the restoration.

Uterwijk can only guess what someone would look like based on an artist’s vision or a black-and-white photo that’s often grainy. But with the help of his program, he’s also able to give game characters like the unnamed space marine from the Doom games a lifelike makeover.

Jesus Christ is one of the most iconic figures in religion. People from all over the world know the story of the son of God who was born to a human named Mary. And while we have no way of going back in time to meet him, this is what he would have looked like, according to Uterwijk.

It’s not just people that he’s able to bring to life... so to speak. Uterwijk is also able to add the gift of life to photographs of statues. Do you recognize this lovely lady? Well, she’s actually the Statue of Liberty. You know, the one holding the torch up on Liberty Island. The neoclassical sculpture was a gift from the French.

The biblical figure David was a sculptural masterpiece created by Italian artist Michelangelo between 1501 and 1504. But with some help from Uterwijk, the statue has seemingly taken on a handsome human form. Michelangelo would definitely approve.

Alright, so everyone knows that this isn’t a historical figure, but he might be in a couple of centuries. This is actor Jonathan Banks from the show “Breaking Bad.” In his own words, Uterwijk says that he will “sometimes try out these portraits of living people, just to check out if the neural models I work with are capable. Latent space sometimes is like unruly clay, you have to really force it in shape.”