What’s Your Worst Personality Trait? Your Zodiac Sign Will Tell You 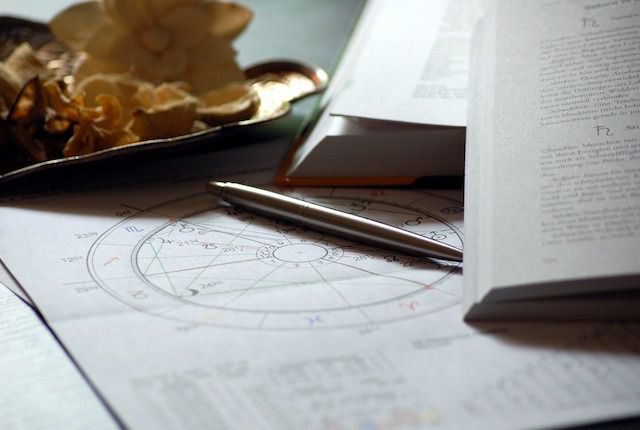 Are you into astrology? If so, you probably did your research about the best aspects of your sign. So you know which of the other signs you’re most compatible with (and which to avoid like the plague). And the differences between the elements. But what about your worst zodiac sign traits? The qualities you try to hide from friends and family? Well, there’s no hiding now, because like it or not, this is why every other sign can’t stand you.

Aries is a cardinal fire sign, as well as the first sign of the zodiac. So that hot-headed temperament that comes with being a fire sign is combined with the quick initiative of cardinality and the entitled attitude of a first born.

In other words, Aries at their worst are dismissive, rash, and aggressive. They’ll cut you down without thinking twice about your feelings, and when it comes to a fight, they’ll never be the one to back down first.

Taurus is a feminine, fixed earth sign ruled by the planet Venus. They’re lovers of earthly pleasures, and that — combined with their fixed attitudes — means they like what they like and there’s no changing their minds about it.

Stubbornness is the key word with Taurus. Once they’re set on something, that’s it. And typically, the thing they’re set on is comfort and luxury, so on top of being stubborn, Taureans can also be lazy AF.

[dx_custom_adunit desktop_id="RTK_K67O" mobile_id="RTK_5yk0"] Gemini is the mutable air sign of the zodiac, ruled by Mercury, the planet of communication. As a mutable sign, they have a go-with-the-flow attitude, and as an air sign, their biggest focus in life is socializing, especially when it involves talking about themselves.

Because they have the attention span of a gnat, Geminis have a hard time focusing on anyone but themselves for any length of time. They’ll talk your ear off, and if there’s dirt on anyone you know, you’re guaranteed to hear it from a Gemini first.

Cancer, the feminine cardinal water sign ruled by the moon. Read that as self-centered and emotional, because if there’s one sign that can’t hide how they’re feeling, hands down that sign is the crab.

[dx_custom_adunit desktop_id="RTK_K67O" mobile_id="RTK_5yk0"] Like the crab, Cancers protect their soft, emotional nature with a hard shell and sharp claws. They’ll snap at the slightest inconvenience, worry over every little thing, and go from caring and supportive one minute to sullen and passive-aggressive the next.

Leo is the sun-ruled fixed fire sign of the zodiac. Like Taurus, they can be headstrong and unwilling to budge. But Leo’s sun rulership makes them attention hogs — they have an insatiable need to be the center of attention.

At their worst, this desire for attention comes across as arrogance and vanity. They can be condescending and overly dramatic, especially when they don’t get their way. And their fiery temper is not something you want to mess with when that happens.

[dx_custom_adunit desktop_id="RTK_K67O" mobile_id="RTK_5yk0"] Mercury-ruled, mutable earth sign Virgo is represented by the virgin — pure and perfect, with a penchant for conversation. Where Gemini is the Mercurial social butterfly, Virgo tends toward the coordination aspect of the planet’s influence. Basically, they love their to-do lists.

You know what else Virgos love? They love to tell the people around them exactly how they can be better. At everything. Virgos thrive on order and perfectionism, which makes them obsessive control freaks, especially with their loved ones.

Libra is the cardinal air sign ruled by Venus. They share similarities with their fellow Venus-ruled sign, Taurus, in that they love the finer things in life. Unlike Taureans, however, Libras can’t make up their minds to save their lives, so they avoid conflict at all costs.

[dx_custom_adunit desktop_id="RTK_K67O" mobile_id="RTK_5yk0"] The problem here is that avoiding conflict means Libra has to set aside their own feelings, which in turn presents itself as passive-aggressive. Their love of luxury also makes them terrible with money and incredibly shallow.

Scorpio is a feminine, fixed water sign ruled by Pluto, the God of the Underworld. Scorpios are born into darkness, and their emotional nature turns that darkness toward unhealthy attachments and degrading, negative relationship experiences.

Scorpio is the most obsessive, possessive sign of the zodiac. They’re master manipulators on top of being vengeful, and their passionate attitudes can easily make the jump from fun and sexy to secretive and bordering on insane.

[dx_custom_adunit desktop_id="RTK_K67O" mobile_id="RTK_5yk0"] This mutable fire sign is ruled by Jupiter, the God of Plenty. Plenty of travel, plenty of people, and plenty of food and drink. In fact, there is no “enough” when it comes to Sagittarius, and if you try to tell one otherwise, be prepared for a fiery attitude in return.

Sagittarius is blunt to a fault, so don’t expect them to keep your feelings in mind when you ask their opinion. They’ve also mastered the art of ghosting, which means that when a Sag has decided they’re through with you — which happens often — expect to never, ever hear from them again.

[dx_custom_adunit desktop_id="RTK_K67O" mobile_id="RTK_5yk0"] For many Capricorns, their drive and self-serving nature become a cold cruelty that they turn toward others. They want power, prestige, and a life filled with luxury, and they’re willing to go to extremes to get it, be it through penny-pinching or cutting out anyone who might get in their way.

Like other air signs, the fixed Aquarius is interested in people and ideas. They’re also really interested in the idea of being a non-conformist, which means that if it’s new and different, they need to be the very first to experience it.

Aquarians fancy themselves as eccentric intellectuals, and the second something — or someone — no longer holds interest or novelty, they’ll drop them and move onto the next, bright and shiny adventure. They’re stubborn and aloof, and completely okay with lying to get what they want.

[dx_custom_adunit desktop_id="RTK_K67O" mobile_id="RTK_5yk0"] As the final sign of the zodiac, the mutable water-ruled Pisces seems to have seen it all and done it all. They’re bored with this world, so they choose to spend their life in a dream-like state, fueled by emotion and impossible demands.

Existing in a dream world makes Pisces emotionally manipulative and totally unreliable. They’re prone to self-destructive behavior, including severe substance abuse (because reality is impossible to deal with), and they’re total pros when it comes to guilt tripping.