25 Times Winter Was Both Terrible and Hilarious 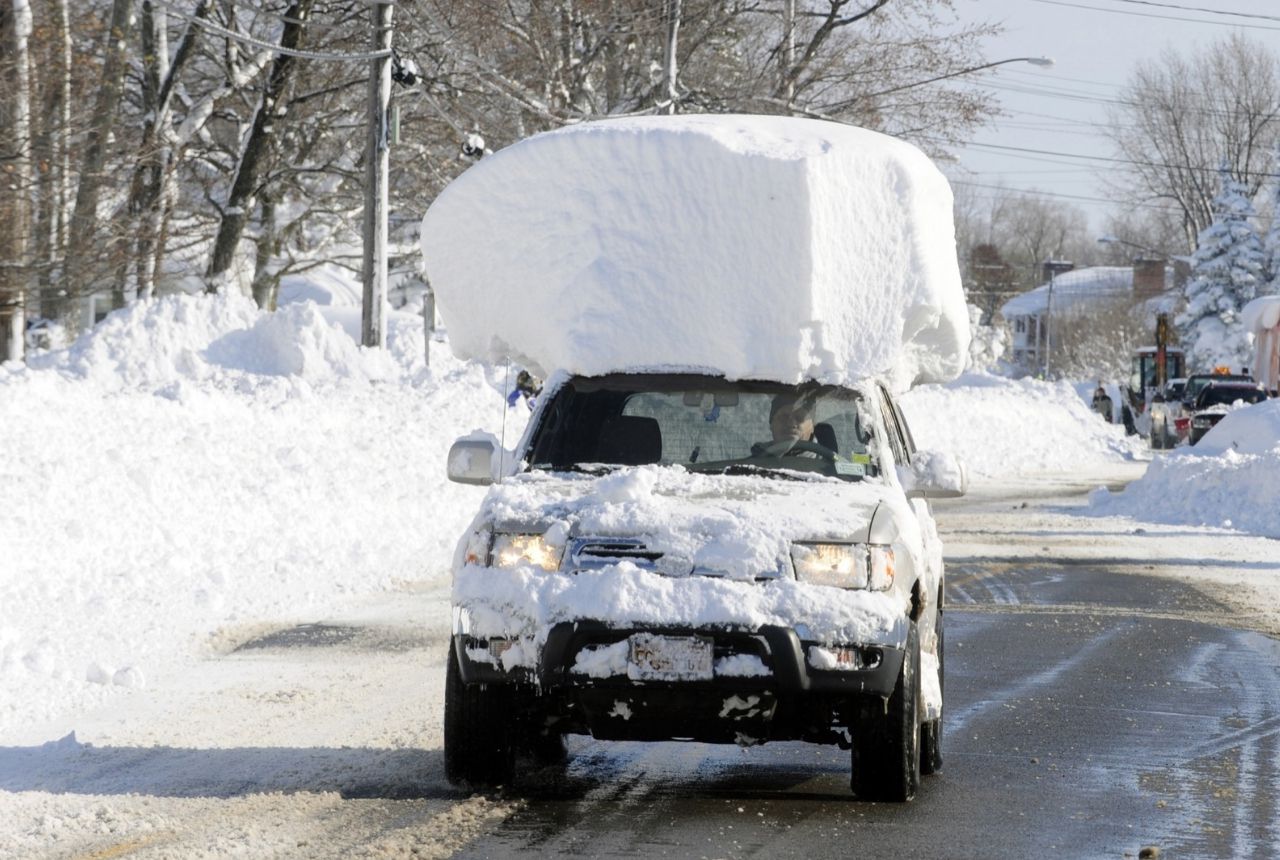 Winter is terrible. And winter is hilarious. Winter is terrible and hilarious. True, the snow and ice can be a lot of fun. But they can also absolutely ruin your day. So here are 25 things that made us laugh at winter. But only because otherwise we would've cried.

This cat has the right reaction to seeing a world covered in snow. This is a lot less fun than Frosty the Snowman would have you believe.

[dx_custom_adunit desktop_id="RTK_K67O" mobile_id="RTK_5yk0"] Good luck getting to the office when the snow comes up to the door. Just be thankful your door held it back at all. Some people are not so lucky.

Where Did That Car Go?

Have fun finding your car in a hurry. You can just about see it here. That black square? That's the roof.

At times like this, it's good to know you can rely on a community to get together and dig for freedom. Except, of course, for the person who took this photo, who's still snuggled up indoors.

[dx_custom_adunit desktop_id="RTK_K67O" mobile_id="RTK_5yk0"] Even if you get your car out of a snow drift, it doesn't mean it's going to run. This person let their engine warm up a bit before driving on, and the frozen tailpipe suggests that was a mistake.

Here, the cold is so intense that it's peeling the paint on the hood of this Jeep. Congratulations, you get to pay for a new paint job once the world outside thaws a bit.

That's the tail of an airplane you can see poking out from behind a mound of snow. Something tells me this flight isn't going to take off any time soon.

Roll Your Windows Up

[dx_custom_adunit desktop_id="RTK_K67O" mobile_id="RTK_5yk0"] Some poor soul left their car window rolled down during a blizzard. It just goes to show how quickly this freak weather can turn.

Snow Can Be a Burden

This car is driving, albeit still under 3 feet of snow. At least it's moving.

Who Needs a Refrigerator?

Refrigerators are nice and all, but when the weather is this cold outside, you're better off just shoving your beer into a snow drift and calling it good. At least there's no danger of a warm drink.

[dx_custom_adunit desktop_id="RTK_K67O" mobile_id="RTK_5yk0"] Yup, this picture shows a heat vent pumping steam out into the cold. And, yes, that steam is instantly freezing. Because winter.

This tiny cat paw print, alone on the threshold of the house, shows that a wise decision was made. Some poor kitty took a step out into the cold (after begging to be let out for two whole hours, probably), saw the frozen wasteland, then decided that staying inside the house wasn't too bad after all.

These jeans have a life of their own. It's so cold that they've frozen in place, making for a bit of a creepy sight.

[dx_custom_adunit desktop_id="RTK_K67O" mobile_id="RTK_5yk0"] Drying your clothes outside during winter is always dangerous. You might end up with clothesicles rather than anything you can actually wear.

There's something wonderfully poetic about the idea of a frozen fire door. But this can be deadly, as this next photo shows...

Fires still happen during the winter, but actually dealing with them can be difficult. This flash-frozen fire hydrant would be a disaster if any fire fighters needed to use it. And this does happen...

[dx_custom_adunit desktop_id="RTK_K67O" mobile_id="RTK_5yk0"] Fire fighters working in these conditions have a tough time of things. According to Wisconsin firefighter Bimbo Gifford, who took this photo of his fire chief, "We had a house fire south of Cameron today. Our chief Mitch Hansen thought it was a splash park."

The Track Is on Fire

Fire is a useful tool in keeping things moving. These train tracks are actually set ablaze with gas to prevent them from freezing over during the snow, allowing the trains to keep moving.

These eggs are coming out of the shell frozen solid, because of course they are. Good luck making that omelet.

[dx_custom_adunit desktop_id="RTK_K67O" mobile_id="RTK_5yk0"] When ice has frozen your emergency exit shut, it's time to think about moving to Florida.

Blowing bubbles is a fun and entertaining activity in summer. In winter, though, when the bubbles freeze instantly, this game loses a lot of its appeal.

Maybe skip putting on mascara in the winter. If your eyes are literally going to freeze over, you're going to have a bold makeup choice no matter what you do.

[dx_custom_adunit desktop_id="RTK_K67O" mobile_id="RTK_5yk0"] Pro tip: If your pasta is so cold that the fork freezes mid-air, you might need to cook your food for a little longer. Or just eat indoors.

Frozen food is one thing, but when it's so cold that your toilet shatters? Good luck figuring out where you're going to pee.

The Day After Tomorrow

This aerial shot of Lake Michigan looks like something out of a Roland Emerich movie. Maybe climate change really is a thing after all...