Camila Villafane
Woman Shocks Her Doctors With This Note After Being in a Coma for 27 Minutes November 25, 2019Leave a comment 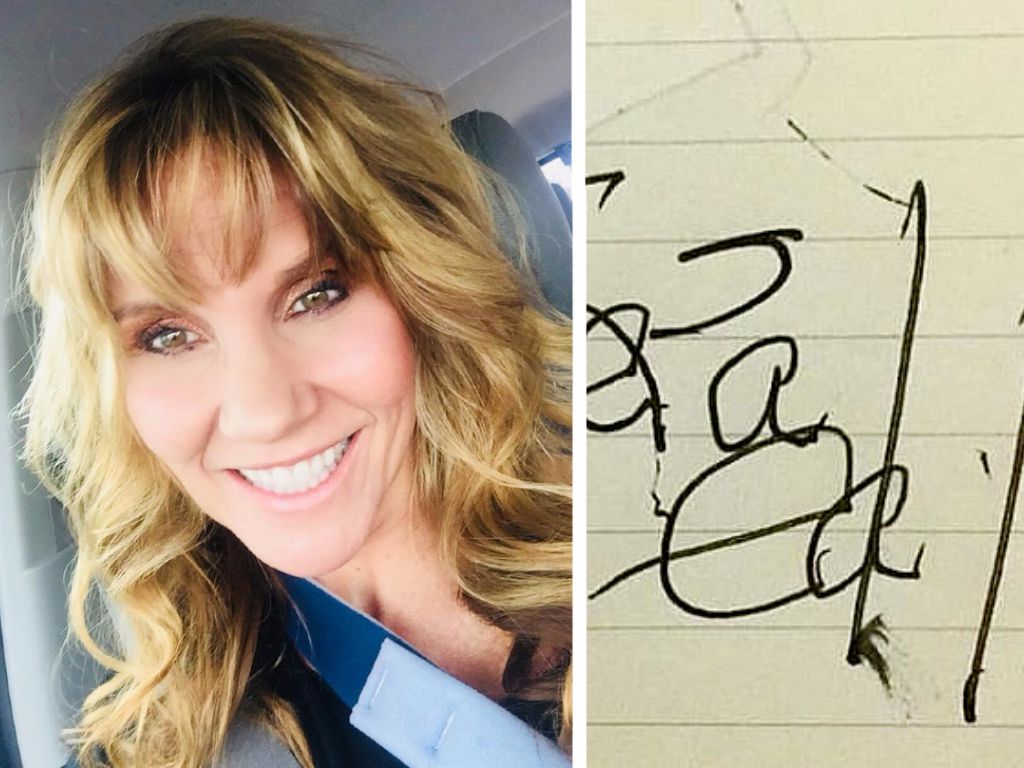 Hearts are like ticking time bombs. People suffer from heart attacks or heart failures and pass away all the time. It’s a sad reality that Tina Hines from Phoenix, Arizona, knows all too well. But for this mother of four, death was an eye-opening glitch you'll have to read to believe.

When she woke up at the hospital, she found herself unable to speak because of the breathing tubes put in place to keep her alive. So, she motioned for someone to bring her a piece of paper and something to write with. What was she trying to say? Her niece had the answers.

Her Day Started Out Okay

Tina Hines had no idea her life was about to change on February 12, 2018, but it did, and in a major way. Her day started out as any other day. She was going to have some fun, too, but destiny was about to throw a major curb ball her way.

There Were No Warning Signs

Hines never knew what hit her. It came completely by surprise. She didn’t feel sick when she woke up that morning. She didn’t experience nausea, headaches, or dizziness. And yet something bad was about to happen.

She Was Ready to Go on a Hike

She had no idea that her body was about to give up on her. There had been no warning at all. Hines and her husband, Brian, were getting ready to go for a hike. But neither of them realized they were about to witness something completely unimaginable.

She Was in Perfect Health

Hines had been in perfect health up until that moment. In fact, she worked out on a regular basis and ate pretty healthy, too. But that morning, tragedy struck without warning. Sadly, that wasn’t the most startling thing that happened that day.

She Shut Down Completely

As the Phoenix, Arizona couple prepared for their hike, she collapsed. "Her eyes didn’t close, and they were rolled back in her head. She was purple and wasn’t making any noise or breathing," Her husband told AZFamily.com. But this was a blessing in disguise.

He Tried to Save Her

Hines’ heart had stopped beating. Her husband panicked, but he knew that there wasn’t a moment to waste. So, he reached for the phone and called 911. But he feared the paramedics wouldn’t get to her in time. Little did he know that she wouldn’t need them.

She Wasn’t Responding to CPR

Startled, he dropped to the ground and started performing CPR on his wife. But her skin color hadn’t changed and there was no other sign that her condition had improved. Had he lost the love of his life forever?

He Never Gave Up on Her

As he tried to resuscitate her, he wondered if he told her that he loved her that morning. Would he ever get the chance to tell her again? Then suddenly, despair turned to joy, but was he celebrating prematurely?

She Was Still Dying

He was able to bring her back, but then she slipped away again. Luckily, all hope wasn’t lost. Paramedics arrived just in time and brought her back. Then, he felt as if his own heart was being ripped away when her heart stopped again. Would he get to talk to his wife again?

From the moment she collapsed to the time the paramedics started working on her, she was brought back to life five times. Her husband and the paramedics had done everything they could to save her, but she wasn’t really gone, despite her grim status.

She Was Technically Dead

For all intents and purposes, Hines was categorically deceased. She had been dead for 27 minutes. They managed to get her heart going yet again. But would she end up coding for a sixth time?

Once she arrived at the hospital, Hines was intubated and kept on total support. But the doctors didn’t know that she had gone on an amazing journey while she was dead, and neither did her husband.

She Had a Message From the Other Side

When she woke up at the hospital, she found herself unable to speak because of the breathing tubes put in place to keep her alive. So, she motioned for someone to bring her a piece of paper and something to write with. What was she trying to say? Her niece had the answers.

Her Niece Shared the Message

A little over a year had passed since Hines died and then miraculously came back to life. On June 18, 2019, her niece, Madie Johnson wrote a social media post showing off her heart-wrenching tattoo. She etched on her skin the scribbles her aunt had written on paper. And it took her followers’ breath away.

She Pointed Up to the Sky

With shaky hands, Hines scribbled down a message on Johnson’s cousin’s journal. “It’s real,” she wrote. Everyone in the room was confused. What was she talking about? What was real? Then she revealed the truth.

Her Soul Had Gone on a Journey

Hines got all teary eyed and pointed up. And soon it became clear to all. In those 27 minutes, her soul had crossed over to the other side. But what had she seen while she was there?

"Her story is too real not to share and has given me a stronger confidence in a faith that so often goes unseen," Johnson wrote on Instagram. But what did Hines see, exactly?

She Saw a Bright Light

“It was so real, the colors were so vibrant,” Tina told AZfamily.com. She described a figure standing in front of black gates, and there was bright yellow light behind it. But now that she was on Earth, she had some people to thank.

The Phoenix Firefighter Was Shocked

Hines was released from the hospital a couple of weeks after her heart attack and near-death experience. So, she and her husband paid the 911 operator, the firefighters and the paramedics a visit to thank them. But one Phoenix firefighter was shocked. Maybe not as much as Hines had been.

They Had Witnessed a Miracle

"We ended up shocking her three times on scene and two en route," one Phoenix firefighter told AZfamily.com. "I’ve never shocked anyone five times." Another rescuer added, "It’s one of those calls that none of us will ever forget. I was a witness to a miracle is the way I look at it." But was her afterlife experience real?

There’s no way to know if Hines’ experience was real. Sometimes one can only go on faith. But according to CBSN, researchers at NYU’s Langone Medical Centre conducted studies on patients who’ve had similar experiences to Hines, and it turns out she wasn’t alone.

The Brain Lives After Death

The researchers discovered that while the brain technically shuts down after someone passes away, it does remain conscious to a certain degree even after the heart stops. But was it all just a dream?

Is This Proof That The Afterlife Is Real?

A 2013 study on rats at the University of Michigan found that animals experience a surge of brain activity shortly after they go into cardiac arrest. So, in humans, this may be the reason why people have near-death experiences. Hines is choosing to see this as a sign that there is life after death. But is her health still in danger?

The reason cardiac failure is so scary is that it can be unpredictable. Even a minor glitch in the body’s electrical system can throw the heart’s rhythm off balance or cause it to stop completely. In fact, this problem affects 356,000 adults in the United States ever year, but was Hines out of the woods?

She’s Living Life to the Fullest

Hines is doing much better thanks to medical science. She now has a defibrillator and a pacemaker to prevent another health complication. She also posts regularly on her Instagram to let her followers know that she’s living life to the fullest.