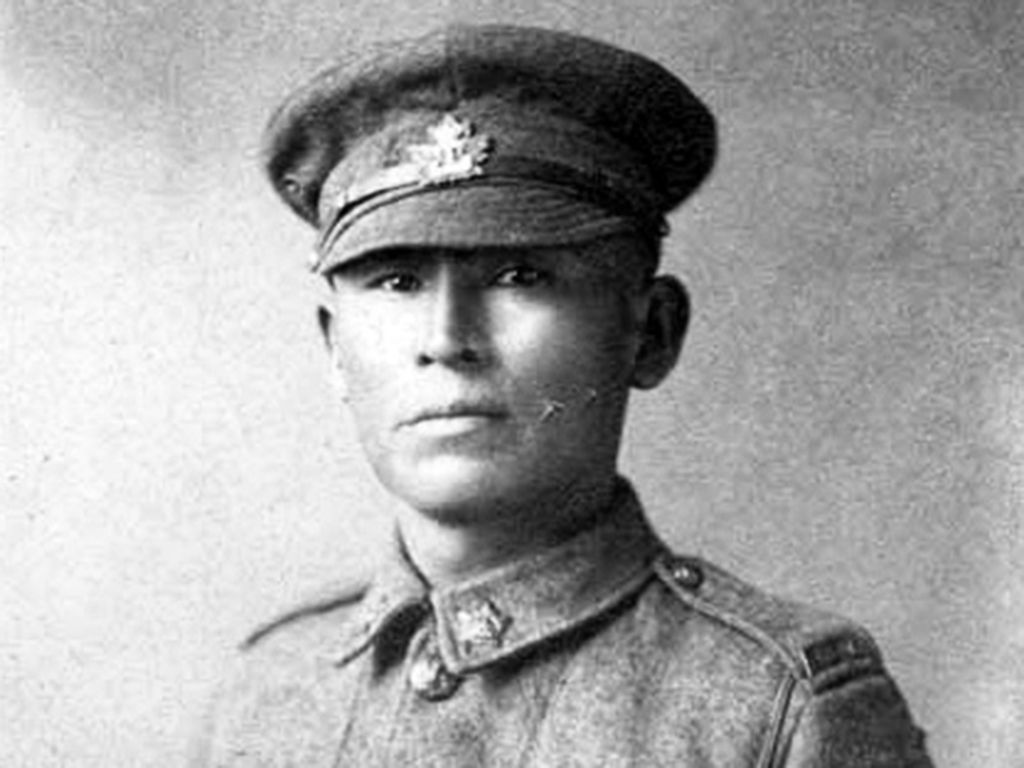 Many people fought and lost their lives during World War I, but the loss of an air mechanic named Freddy Jackson was the start of an even bigger mystery that continued to haunt airman Sir Robert Victor Goddard.

When he first saw the photo, he didn’t think that he could believe his eyes. Did a ghostly photobomb open the door to time travel or even an alleged premonition of his death? Even today, the photograph still holds true to the mystery.

This historical World War I military photo is a group shot of the unit called Goddard’s Squadron. At a glance, there doesn’t seem to be anything out of the ordinary. But among these brave men is something utterly supernatural.

There’s a Dead Man in This Photo

There’s a image among this group of an air mechanic named Freddy Jackson, which sounds perfectly normal since he was a member of Goddard’s Squadron. But the odd thing is that he appeared in this photo days after his death.

He Had Suffered Fatal Injuries

Jackson met an untimely end when he walked right into a rotating propeller. He didn’t die right away, but his injuries were too severe and sadly, he didn’t survive. So how did a dead man appear with his squadron?

It Occurred in the Early 20th Century

The photo was taken around 1918 or 1919 and a lot of facts are difficult to come by, but the story is nonetheless true. In fact, a man named Sir Robert Victor Goddard was reportedly in this photo with his squadron. And there are other facts that are undeniable.

The Photo Was Taken at a Pilot Training School

The photo was allegedly taken at HM Naval Seaplane Training School in Lee-on-Solent, England, which was later renamed HMS Daedalus. The building was commissioned by Squadron Commander Douglas Evill in 1917 and it’s where pilots were trained at the time.

The Brits Needed Pilots to Fight the Germans

During World War I, Britain was in short supply of pilots, so this school ensured that they would have the pilots they needed to fly over and attack the invading German submarines. But this doesn’t explain how a dead soldier wound up on a photograph.

The Photo Was Snapped in a Gruesome Place

The photo taken of Goddard’s Squadron was snapped on the day of Jackson’s funeral, according to the website Liveabout Dotcom. But the creepy fact is that the location where everyone gathered for this group shot was in the same place where Jackson died. At least, that’s what author Blake Smith claimed in 2015 on the Skeptic website.

However, this paranormal event was not an isolated incident in Air Marshal Goddard’s life. According to the Daily Record, Goddard was flying his biplane over Scotland in 1935 when something unusual occurred.

While telling Goddard’s eerie story, The Daily Record quoted sections from J.H. Brennan’s book “Time Travel: A New Perspective.” “In 1935, while still a Wing Commander, he was sent to inspect a disused airfield near Edinburgh at a place called Drem. He found it in a very dilapidated state with cattle grazing on grass that had forced through cracks in the tarmac,” Brennan wrote.

The Brits Established an Airbase in Drem

The village of Drem is located approximately 18 miles east of Scotland’s capital of Edinburgh. And it’s at this location that the British established an outpost during 1917 called West Fenton Aerodrome. But the air base was abandoned from 1919 until 1933.

No one had any reason to doubt Goddard when he said he flew over Drem in 1935 and saw the abandoned airbase. But Brennan shared an excerpt of the mysterious events that happened next. “Later that day, he ran into trouble while flying his biplane in heavy rain and decided to fly back to Drem to get his bearings. As he approached the airfield the torrential rain abruptly changed to bright sunlight,” he wrote.

The Airbase Was Full of Life

“When he looked down he saw the airfield had been completely renovated and was now in use. There were mechanics in blue overalls walking around and four yellow planes parked on the runway. One of these was a model which, for all his aviation experience, he completely failed to recognize,” Brennan continued. Had Goddard gotten a glimpse into something he shouldn’t have seen?

Had He Gone Off Course?

Were his instruments wrong? Was it possible that he wasn’t hovering over the right coordinates? Perhaps he had strayed off course and stumbled on a secret airbase that no one was supposed to know about. As it turns out, he was seeing the right base, but he was just seeing it at a different point in time.

The Air Base Was Renovated Four Years Later

In 1939, the airbase at Drem had undergone a major renovation, which included a brand-new runway for the Royal Air Force base to use during the inevitable World War II. But how had Goddard envisioned something that didn’t happen until four years later?

He Saw Aircrafts From the Future

Had that storm sent Goddard four years forward in time? Evidence seemed to suggest that it had. For one thing, Goddard claimed he saw aircrafts colored yellow, which was indeed common in 1939. But in 1935, all training aircrafts had a signature silver color. And that’s not all.

The Uniforms Were a Different Color

He also noticed that the crew’s uniforms were blue, which again was common in 1939. But the standard color for ground crew uniforms in 1935 were a tan color. This opened up the possibility that Goddard had somehow traveled through time. But this wasn’t the last time he had an unexplained phenomenon.

He Experienced Another Phenomenon in China

After World War II, Goddard was celebrating at a drinking party in his honor in Shanghai. Everything was going just fine until he eavesdropped on another guest’s conversation about a lucid dream that had shaken them to the core.

The man Goddard had overheard talking was Captain Gerald Gladstone, who was a skipper aboard the HMS Black Prince. According to Gladstone’s dream, Goddard was in a plane crash and lost his life. But he didn’t realize Goddard was within earshot.

Gladstone was reportedly quite embarrassed when he learned that Goddard had overheard his story about his dream. But was the airman upset? Not at all. He was allegedly quoted telling Gladstone, “I’m not quite dead yet. What made you think I was?” And that’s when Gladstone shared more details.

According to Gladstone, Goddard was flying a transport aircraft over the coast of Japan, and he had three civilians onboard. Then the plane ran into rough weather, leading to a crash. Gladstone then told him, “I watched it all happen. You were killed.” But there was a chilling ring of truth to his dream.

That same night, Goddard learned he was scheduled to fly a Dakota style transport plane over Tokyo. And two men and a woman would be joining him. However, the story of the dream didn’t stop him from getting on the plane, but could he avoid his dark fate?

As predicted by Gladstone, the aircraft did crash during a freak snowstorm on a nearby island. But there was one event that fortunately, didn’t happen. Goddard and his passengers survived.

The Crash Left Him Haunted

Although Goddard survived, the crash left him shaken. So, a year later, he asked Gladstone to tell him more about the dream in a letter. But Gladstone didn’t have any more details to offer him. And yet, Goddard couldn’t let it go.

His Story Became a Film

In 1951, Goddard wrote an article about his eerie experience in the Saturday Evening Post. This caught the attention of British film makers who turned his experiences into the 1955 film “The Night My Number Came Up.”

Goddard Had Become a Supernatural Magnet

They say that supernatural phenomenon like the ones Goddard encountered were quite common during the World War I and World War II era. But did the ghostly apparition of air mechanic Freddy Jackson open a door to the unexplained for Goddard or was it all just mere coincidence? The world may never know.