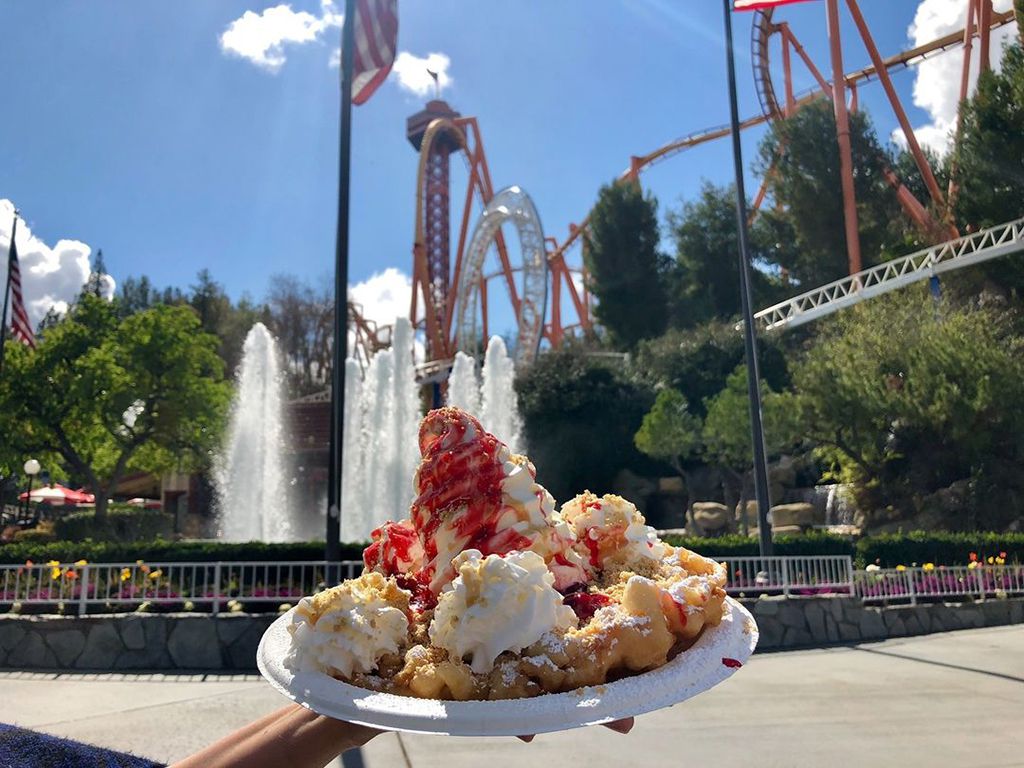 Visitors of the Six Flags Magic Mountain amusement park in Valencia, California may know about the park’s annual pass offering that allows visitors to go to the park most days of the year without having to pay for a new ticket. The annual pass, which costs about $150 with a dining membership add on, can quickly become a great deal considering that a one-day ticket to the part currently costs about $45.

But most visitors may not know that there was a deal that offered visitors with an annual pass two free meals per day at the park. Dylan, an engineer who worked in Santa Clarita, California, bought his annual pass because he worked in close proximity to the park and he soon discovered that he could eat for free every time he visited.

Dylan had just began an internship in 2014 when he began his Six Flags meal journey and he recalled to MEL Magazine, “That entire first year, I don’t think I ever went to the grocery store. I timed it so I was able to go there during my lunch break, go back to work, then stop back for dinner on my way home.”

Although the dining plan was an incredible deal, the park fare at the time wasn’t very impressive as far as theme park food goes. The average amusement park offerings such as burgers, pizza, French fries and what Dylan recalls as “pathetic sandwiches” were always on the menu. But Dylan, who was paying off student loans at the time, said that the meal plan was an incredible way to save money. He continued to visit the theme park for meals for about a year, and he still frequents the park because he just bought a home in the nearby vicinity.