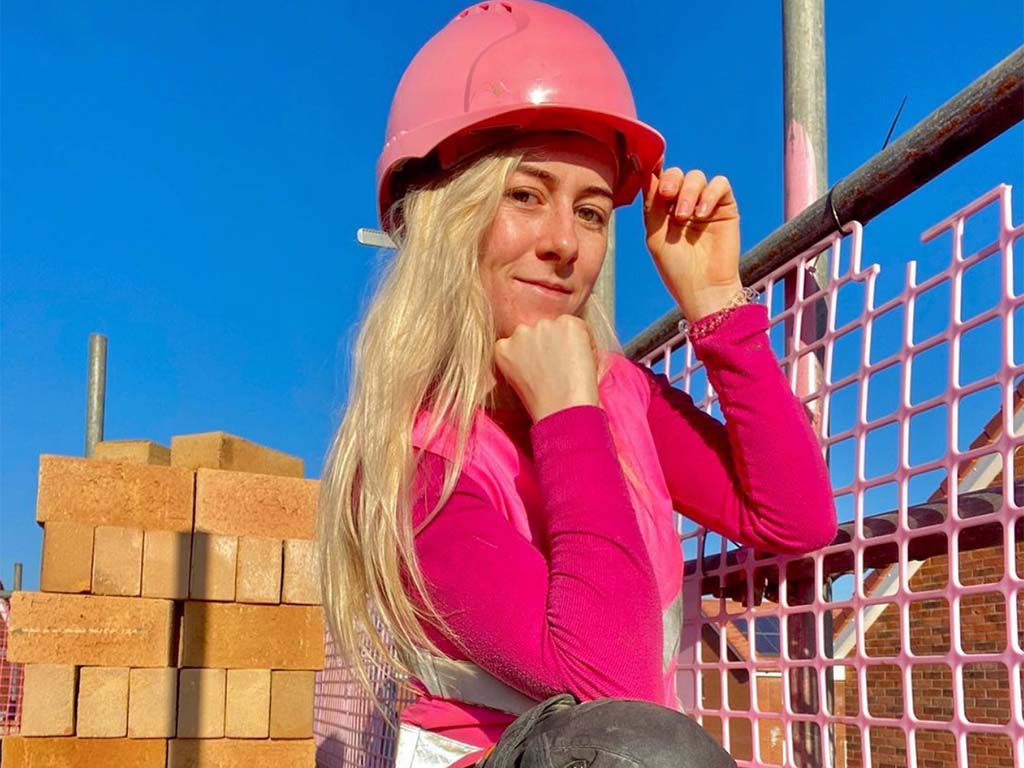 Darcie Richards, 26, has recently gotten a lot of attention online for her chosen profession. Richards is one of Britain’s only female bricklayers and thanks to TikTok, she’s able to inspire thousands of young girls to follow in her footsteps.

Richards frequently claps back at men who leave rude comments on her videos saying things like, “Well this has to be the most unattractive thing I’ve seen a woman do today.” In reply to that comment, Richards posted a video of herself lifting bricks and climbing ladders on a work site, which was liked thousands of times.

Richards said, “There have been so many girls, hundreds, who have come to me and said how much of an inspiration I am to them. They think it's awesome and they are going to do the same. But it's not just women, half of my followers are men, who are also really happy to see us entering the trade.”

Richards began working in construction by joining her father’s company, Richard Builders, and in her few years at the job she has heard every rude phrase that people can throw at her.

She continued, “Luckily, the positivity outweighs the negatives in the hundreds of thousands. But I do get some negative comments from people online too. If I do, it is always from men. They just see a girl and think it’s pathetic or that I want attention; they don’t think I'm strong enough or I am too slow.”