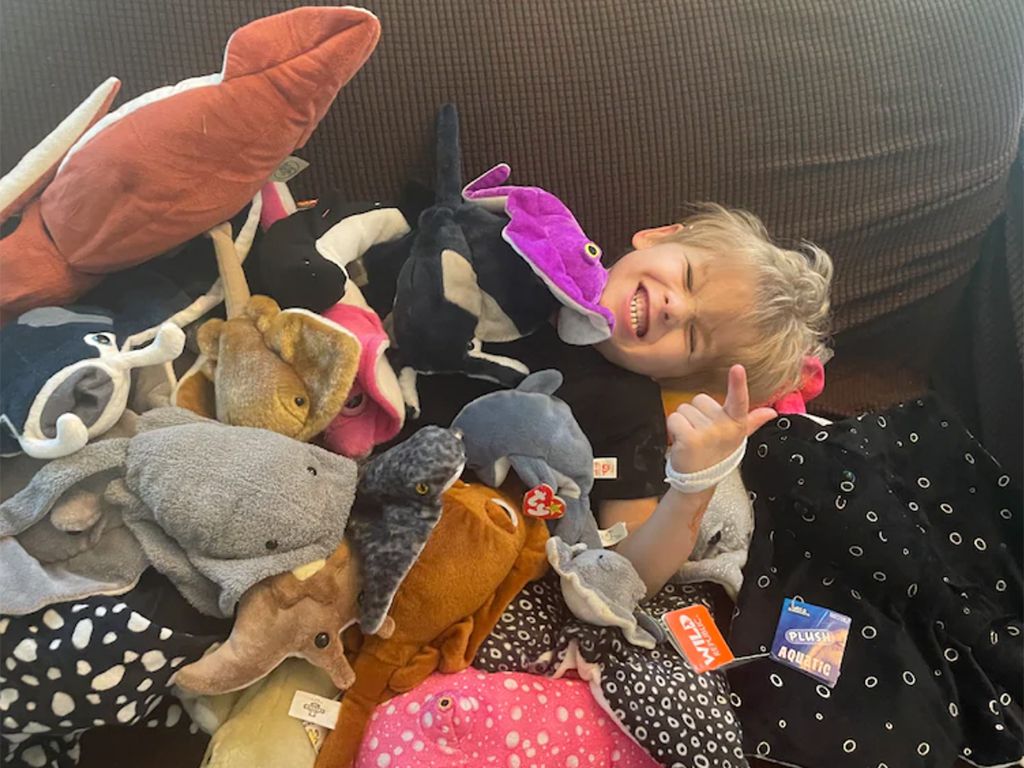 Tiffany Holloway realized that she was in a tough spot while she was shopping for a present for her son Jonas’s fifth birthday. While looking for a stuffed manta ray toy that she knew Jonas would like, she realized that she couldn’t afford any of the toys online. With only $2 left in her savings account, she decided that if she wanted to get her son the toy that he wanted for his special day, she would have to make it herself.

The blue manta ray that Tiffany gave her son for his birthday was actually made out of his old blue baby blanket. Tiffany stayed up until one in the morning making the toy and used some old buttons from a blouse that she no longer wears for eyes. After finishing her creation, she posted a photo of the plush toy online in a group on the website Reddit. She only expected a few people to ever see the image, let alone send her comments, but when she woke up the next morning she was stunned to see that thousands of people liked her post and wanted to help her out.

Tiffany Holloway is currently a student studying to become an EMT and after her mother lost her job, Tiffany used most of the money in her savings account to buy her a plane ticket back home. Being unemployed and a full time student and single mother has been hard for Tiffany, who sometimes thought that she might have to drop out of school to be able to provide for her four sons. But after posting her son’s gift online, she received not only more presents for her son’s upcoming birthday, but donations to help her pay her rent, pay for her tuition and go to the zoo with her son. Kind people who saw her post have sent over $1,500 in donations to the single mother, but her favorite gift has been visiting the zoo with her son Jonas, who got to meet and pet manta rays for the first time.