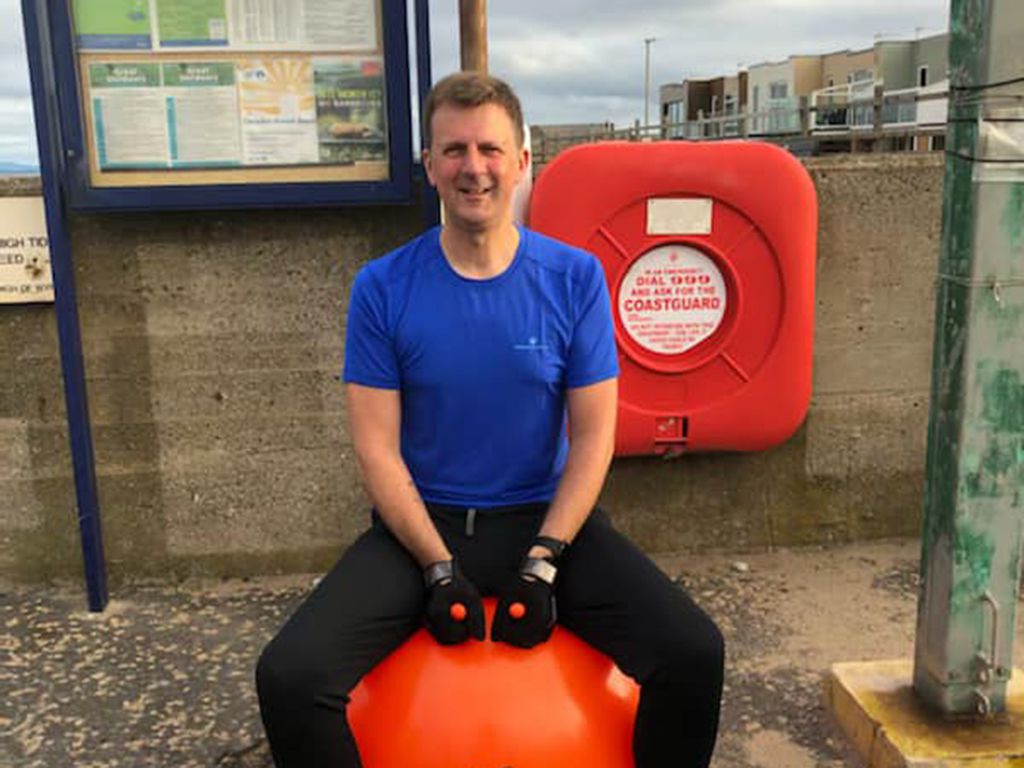 “Space hoppers,” or inflatable bouncy balls, are the favorite of many children around the world. But David Kay of Blackpool, England utilized one of the silly toys for more than just fun. After a brainstorming session with Trinity Hospice and Palliative Care Services, a charity that he works with to improve the lives of people across his country, Kay realized that an incredible way to raise funds for their charity would be to do some kind of stunt to catch people’s attention. And he soon had the perfect idea in mind.

To make sure Kay followed the rules set by Guinness World Records and was able to set a new world record for the longest distance bounced on an inflatable ball, his friends recorded his entire 17 hour bouncing session. During the day, Kay bounced over 10 miles and raised a whopping $13,750 for Trinity Hospice and Palliative Care Services. Another one of his friends walked ahead of Kay with a broom to sweep away anything that might be in his way or anything that could possibly pop the ball that Kay was bouncing on.

Kay initially intended to bounce a full 13 miles, but after a few busted space hoppers and a lot of back pain, he decided to call it quits just a short while after breaking the previous world record for inflatable ball bouncing. It took a lot of practice for Kay to discover his new transportation talent and in the end, he said that the stunt put a lot of stress on his body and especially hurt his back. But it was worth it to raise funds for the charity that he works with and inspire people who see his stunt to do things that might seem unusual if they are in the pursuit of a greater goal.