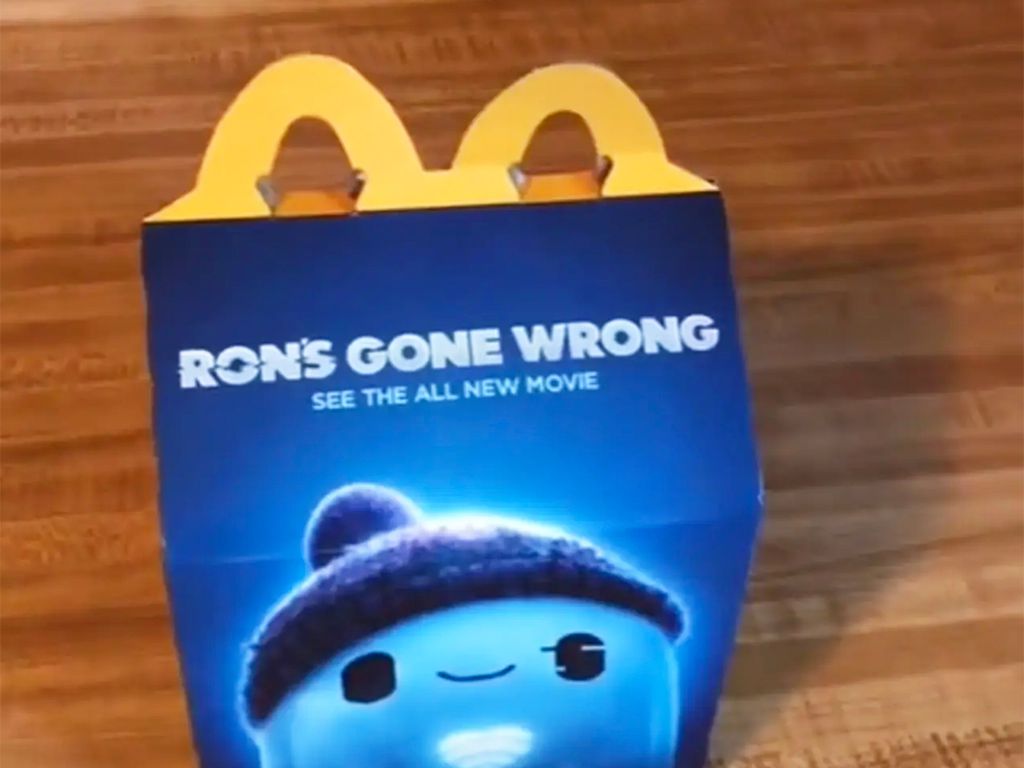 Most people of a certain age remember the plastic promotional toys that would come with a Happy Meal from the McDonald’s fast food chain. And while those toys spurred a lot of emotional excitement in children around the globe, none could really be described as futuristic until now. The newest toy in Happy Meals is a character promoting an upcoming animated feature, “Ron’s Gone Wrong.” And the toy seemingly has a mind of its own.

The self described “best friend out of the box” looks like a portable new digital friend, but its effects only come to life when it’s sitting on your smartphone. According to a TikTok posted by user @technofridge, once you place the toy on your phone, an application will load that appears to be charging the toy. A face then appears on the toy itself and the “B-Bot” asks for your name, giving you a series of choices to choose from before humorously malfunctioning.

The cute new toy also has a few non-digital features including a spinning motion and fun sounds, so kids without the use of smartphones can still enjoy the blob-shaped creature. But even adults are looking to get their hands on the new toy, hoping it will become a future collectable item, like some other Happy Meal toys have in the past. Needless to say, this is an incredible promotion for the animated film, which stars Zach Galifianakis as the B-Bot and is set to premiere in theaters worldwide in October.