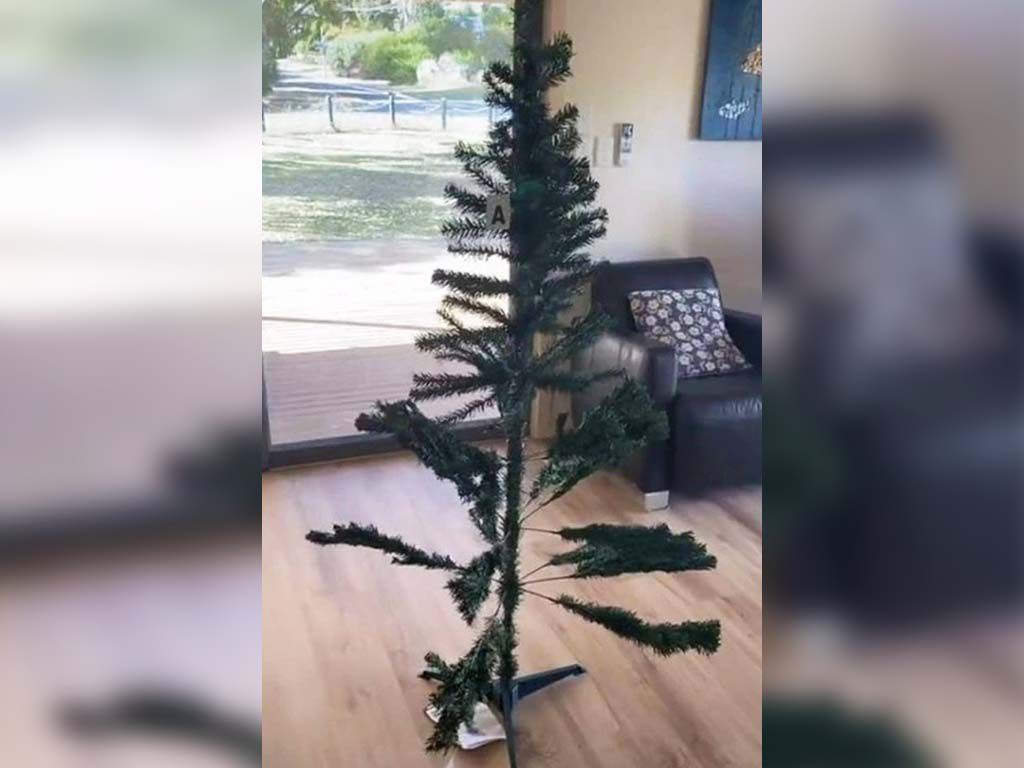 Lily from Australia was so excited to find a six-foot tall pine Christmas tree a few weeks ago for just $10, but her excitement quickly faltered when she got her new tree in the front door.

Lily posted her story on her Tik Tok account where it quickly went viral because what should have been an impressive tree was actually a bit lacking in terms of looks. The wimpy green tree was tall, but lacked enough branches to make it look like the tree on the package it came in.

The Tik Tok user captioned her video, “@Kmart Australia, you have some explaining to do.” In the video, she showcased the six-foot tall tree and since the time she posted the video, it has gained over three million views. And commenters were quick to share their thoughts about the sad tree, with one commenter joking, “Ohh No, your tree, is broken.”

Other commenters thought that the situation could be saved if Lily would only fluff the branches. Another person said that the tree looked “like seaweed.” But Lily encouraged jokes, despite the fact that she also got some negative comments from people who thought that her video made fun of the store where she got the tree. Despite that, Lily laughed all the way to the returns aisle to get a new tree for her living room.