The 16 Most Infamously Dumb Decisions In The History Of Sports

Zarouhi Mikaelian
The 16 Most Infamously Dumb Decisions In The History Of Sports March 29, 2018 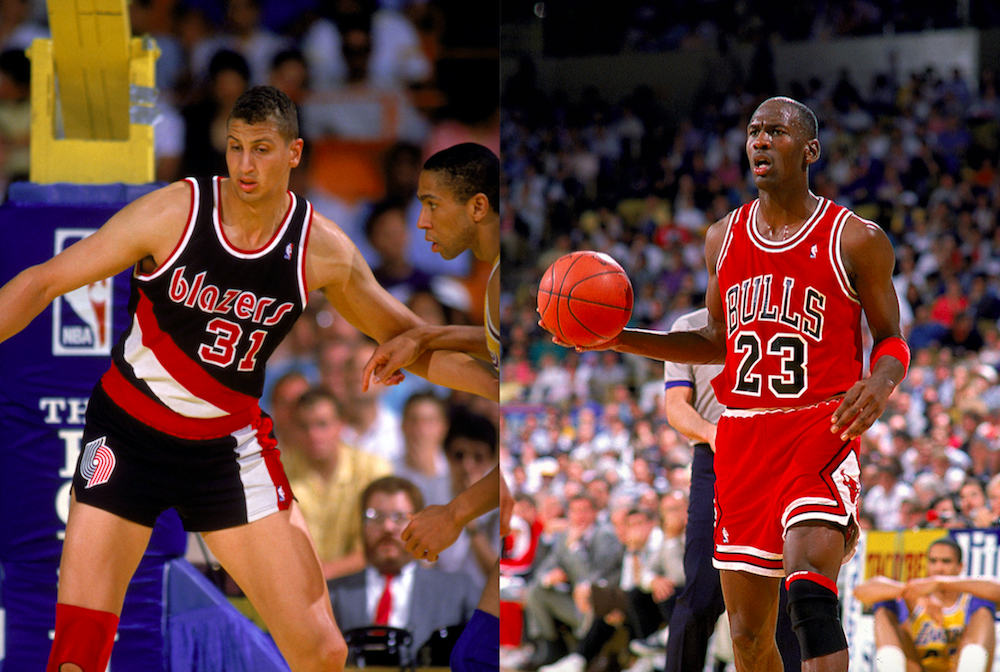 Sure, if you want to etch your name in the pages of sports history, you could tirelessly bust your ass to reach the pinnacle of your sport, breaking records and collecting championships like gift bags along the way. Or, if you don't have that kind of time, you could make one terrible decision that'll force generations to remember you for how colossally screwed you rendered yourself and/or your team. Here's the 16 most infamously dumb decisions in sports history.

On June 2, 2010, with Detroit Tigers pitcher Armando Galarraga one out from becoming the 21st pitcher to throw a perfect game, umpire Jim Joyce inexplicably called Jason Donald safe at first on an infield grounder. "I just cost that kid a perfect game," Joyce said after the game. "I thought he beat the throw. I was convinced he beat the throw, until I saw the replay." The two became friends following the incident.

15. The Miracle At The Meadowlands

[dx_custom_adunit desktop_id="RTK_K67O" mobile_id="RTK_5yk0"] Needing just to kneel the ball to run the clock out on a victory over the Philadelphia Eagles, New York Giants quartback Joe Pisarcik instead attempted to hand the ball to fullback Larry Csonka. The duo dropped the handoff, and future NFL head coach Herm Edwards scooped the ball up and returned it 26 yards to win 19-17, sparking a run that'd take them to the postseason.

A year after losing to Duke in the NCAA tournament finals, the star-studded Michigan Wolverines found themselves in another championship game in 1993. They had a chance to tie or take the lead against UNC when Chris Webber secured a rebound with his team trailing by two with 19 seconds left. But after advancing the ball up the court, he was trapped and called a timeout — his team didn't have any left, so a technical was assessed, all but ending the game.

Five outs from reaching the World Series in 2003, Boston Red Sox manager Grady Little went to the mound with the intention of pulling exhausted starter Pedro Martinez following three consecutive hits. Now a Hall of Famer, Pedro talked his manager out of it, and the next batter Jorge Posada tied the game at five with a two-run double. In the 11th, Aaron Boone's historic walk-off sent the Yankees past Boston, who hadn't won a World Series in 85 years.

[dx_custom_adunit desktop_id="RTK_K67O" mobile_id="RTK_5yk0"] Coming off three consecutive Chicago Bulls championships, Michael Jordan ditched his squad and effectively wasted two years of his basketball-playing prime toiling in the minor leagues. Then in 1995-96, the Hall of Famer's first full season back in basketball, the Bulls began another streak of three consecutive championships.

Greg Oden dominated the college ranks in his lone year at Ohio State before being selected No. 1 overall in the 2007 NBA Draft. Unfortunately, the injury red flags that scouts waved until their shoulders were sore proved to be prophetic — Oden played just 2,028 minutes in his NBA career. Kevin Durant was selected at No. 2.

Even the four-time Super Bowl-winning linebacker knew he wasn't qualified to run the Lions when owner William Cly Ford Sr. offered him the gig. "Mr. Ford, I really appreciate this, but I'm not qualified," Millen said. Ford responded: "You're smart. You'll figure it out." At least that last part was false: The team went 31-81 in seven years with Millen at the helm, and didn't win a road game until his fourth season. He also selected Charles Rogers, Joey Harrington, and Mike Williams with top-10 picks.

[dx_custom_adunit desktop_id="RTK_K67O" mobile_id="RTK_5yk0"] You know someone messed up when a move is referred to as "The Trade." Gretzky and the Oilers won four Stanley Cups together before the team shipped him off to the Los Angeles Kings in August 1988. He'd never win another Stanley Cup, and the Oilers wouldn't win more than half their games in a season until 2016-17.

The 2003 NBA Draft class might be the greatest in the history of the league, yielding four Hall of Fame-bound players in the first five picks. Armed with the No. 2 overall pick following the Cavaliers' picking LeBron James, the Pistons whiffed, taking Darko Milicic ahead of, in order, Carmelo Anthony, Chris Bosh, and Dwyane Wade.

After 13 seasons together, the Boston Red Sox let Roger Clemens go in December 1996. He joined the division rival Toronto Blue Jays, winning the Cy Young award in the next two years. He then continued to torment his former team as a member of their biggest rivals, the New York Yankees, for five seasons. He won 162 games with a 3.21 ERA in 11 seasons following his tenure with Boston.

[dx_custom_adunit desktop_id="RTK_K67O" mobile_id="RTK_5yk0"] Head coach Mike Ditka traded every single one of the Saints' 1999 draft picks and their 2000 first-rounder and third-rounder to move up to No. 5 overall and select the Heisman winner out of Texas. The Saints then went 20-28 over the next three seasons with Williams in their backfield before trading him to the Miami Dolphins ahead of the 2002 season, when he had the best year of his career.

After amassing a 213-104 regular season record and three NFL championships (predating the first Super Bowl) at the helm of the Cleveland Browns and Cincinnati Bengals, head coach Paul Brown called it a career, passing over young assistant Bill Walsh and tabbing offensive line coach Paul "Tiger" Johnson to be his successor with the Bengals in 1976. Walsh resigned, spent a year as a San Diego Chargers assistant and two years as the Stanford head coach, then landed a head coaching gig with the San Francisco 49ers, leading them to three Super Bowl victories in 10 seasons. With the foundation he helped set, the team won two more titles in the six years after he left the sideline.

4. The Vikings Trade For Herschel Walker

Sure, in his first full season with the Vikings after they landed him in a 1989 trade, the Hall of Fame back amassed 1,085 yards from scrimmage and scored nine touchdowns. The team also went 6-10, and had given up quite the haul for the running back, including Emmitt Smith, Alvin Harper, Darren Woodson, and Dixon Edwards.

3. Nets Trade Their Future To The Celtics

[dx_custom_adunit desktop_id="RTK_K67O" mobile_id="RTK_5yk0"] In July 2013, Brooklyn Nets general manager Billy King mortgaged the team's future by trading four first-round picks to the Boston Celtics for the still-breathing Paul Pierce and Kevin Garnett; the team is still recovering, and has a long way to go. One of those picks became Jaylen Brown, the third overall pick from 2016, and another switched hands once more before becoming the No. 1 overall pick in 2017, Markelle Fultz. The Nets' 2018 first-rounder was sent to the Cleveland Cavaliers as part of the Kyrie Irving trade.

Note to the Portland Trail Blazers: Whenever you get the urge to draft a center, don't do it, and take whoever you think is the next-best player instead. Such a strategy would have landed them Michael Jordan over Sam Bowie in 1984, and Kevin Durant over Greg Oden in 2007.

1. The Red Sox Sell Babe Ruth To The Yankees

The franchise-cripplingest of franchise-crippling moves, the Boston Red Sox's sale of Babe Ruth to the New York Yankees in January 1920 sent the team into a tailspin that'd take, according to the "Curse of the Bambino" superstition, a ridiculous 86 years to recover from. With the Yankees, the Babe led the American League in home runs 10 times and won four World Series.