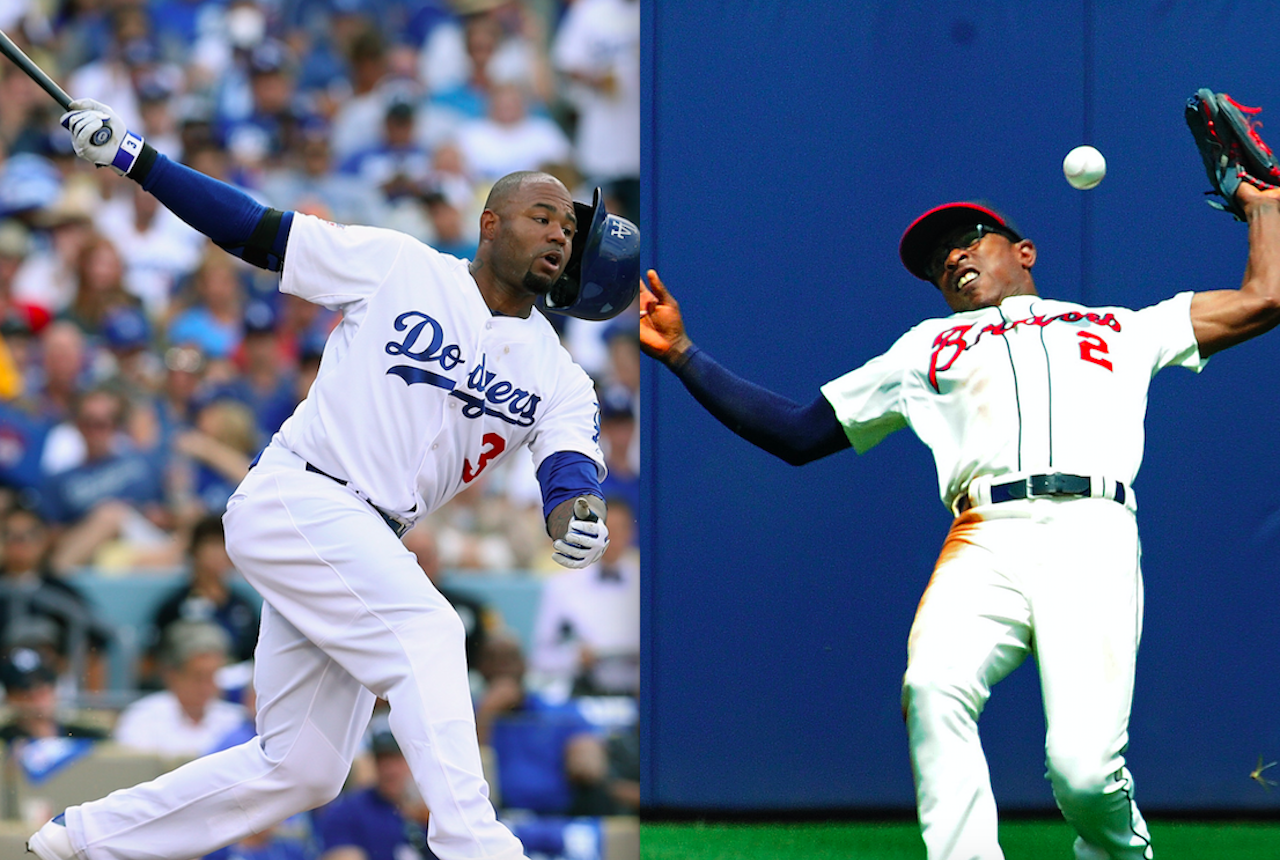 MLB teams were astonishingly withholding in 2018. They spent so little that the MLBPA filed a grievance against four teams – the Marlins, Athletics, Pirates, and Rays – claiming they weren't spending their revenue-sharing money appropriately. Why the sudden frugality? Look no further than these, the worst MLB contracts of all time.

After a monstrous 2009 in Boston, the Mets inked Bay to a four-year, $66 million deal they'd almost immediately regret. The left fielder was awful when he played, which was rare, hitting .234/.318/.369 in just 288 games over three seasons before the team mercifully bought him out of his contract.

[dx_custom_adunit desktop_id="RTK_K67O" mobile_id="RTK_5yk0"] After a runner-up Cy Young campaign in 1999 and a World Series run in 2000, the Rockies inked the lefty to an unheard-of eight-year deal worth $121 million. He posted a 5.75 ERA in two seasons with the Rockies before they traded him to the Braves. Hampton made just 85 more starts over the remaining six years of the deal.

In March 2015, the Dodgers inked the Cuban infielder to a six-year, $62.5 million contract, including a fat $28 million signing bonus. He was traded to the Braves about two months later and his since played a total of 30 MLB games. The Dodgers are still paying him.

[dx_custom_adunit desktop_id="RTK_K67O" mobile_id="RTK_5yk0"] Before the 2013 season, the Angels signed the former MVP away from the Rangers on a five-year, $125 million deal. He was underwhelming in his first two seasons, playing just 240 games. After undergoing shoulder surgery, Hamilton sadly reported that he'd relapsed into drug addiction, which had derailed his career more than a decade earlier. He was traded back to Texas, where he was limited to just 50 more games due to knee trouble.

The Red Sox signed the All-Star third baseman away from San Francisco ahead of the 2015 season with a five-year, $90 million contract. He'd play just 161 games — poorly — for Boston over parts of the next three seasons before being released. In his Red Sox tenure, he hit .237/.286/.360.

[dx_custom_adunit desktop_id="RTK_K67O" mobile_id="RTK_5yk0"] The Marlins got a solid first year out of Reyes on the seven-year, $106 million contract he signed before the 2012 season. Then he got traded to Toronto, where he underwhelmed for two and a half seasons before being flipped once again to the Rockies. He played just 47 games with Colorado before a domestic violence suspension. The club released him and ate $39 million in salary.

The Rangers dropped a five-year, $65 million deal on the Korean right-hander after his Dodgers career culminated in an All-Star season. He wouldn't repeat the performance, posting a 5.75 ERA in 25 starts in 2002, his first season in Texas. Over the life of the contract, during which he was traded to the Padres, he started 98 games and had an ERA of 5.56.

[dx_custom_adunit desktop_id="RTK_K67O" mobile_id="RTK_5yk0"] The Mets handed the two-time Cy Young winner a contract worth $137.5 million over six years, and it looked like a great deal after three seasons; the lefty made 88 starts with a 2.85 ERA in that span. But he missed all of 2011 and 2013 with injures, and had a miserable 4.85 ERA in 2012, though he provided the Mets with their first and only no-hitter that year.

Before the 2013 campaign, Atlanta inked Upton to what was then the largest contract in franchise history, worth $72.5 million over five years. He hit .198/.279/.314 in two seasons with the Braves before being traded to San Diego, who'd then trade him to the Blue Jays during the 2016 season, as of now his last in the majors.

On the plus side, the former Cy Young winner was relatively healthy over the life of the seven-year, $126 million contract he signed with the Giants following a dazzling tenure in Oakland. He just wasn't good when he pitched, owning a 4.62 ERA in 108 appearances, 97 of them starts.

[dx_custom_adunit desktop_id="RTK_K67O" mobile_id="RTK_5yk0"] The six-year, $80 million contract Vaughn signed with the Angels ahead of the 1999 season was then the largest deal in baseball on a per-season basis. While he didn't quite live up to the contract in his first two seasons, the former MVP was solid, hitting .276/.362/.503 with 69 home runs in 300 games. Then his body failed him, and he played in just 166 more games, all for the Mets, who'd acquired him via trade.

Fielder lived up to the nine-year, $214 million contract he signed with the Tigers before the 2012 season in the first two years of the deal, hitting .295/.387/.491 with 55 home runs. Then he got traded to Texas and injuries struck, limiting him to just 289 games over the next three seasons before a pair of spinal fusion surgeries sadly forced him to call it a career.

[dx_custom_adunit desktop_id="RTK_K67O" mobile_id="RTK_5yk0"] The Yankees paid $46 million to land Igawa — a four-year, $20 million contract, and over $26 million in posting fees to the Hanshin Tigers in Japan. It was not at all worth it. The lefty appeared in just 16 major league games, pitching to an unsightly 6.66 ERA.

When healthy, Ellsbury has remained a solid center fielder and base stealer on the seven-year, $153 million contract he signed with the Yankees before the 2014 campaign. But he's been underwhelming at the dish, hitting .264/.330/.386 despite the offense-friendly confines. As of late May, he has yet to play in 2018.

It's not like Bobby Bonilla sucked or anything, but the Mets have been paying my dude $1.19 million a year since since 2011. That's from a deal they made when they release him in 2000, still owing him several million on his contract. And the deal doesn't run out until 2035. At that point, the Mets will have payed Bonilla $30 million for one season during which he didn't even play for the them.

In 2001, the Cubbies needed some catching and some hitting power in their lineup. Todd Hundley, who had 11 solid major-league years under his belt, with the Mets and the Dodgers, seemed like a perfect choice. He wasn't. In his 30s when Chicago signed him, he'd lost his swing, striking out in more than a third of his at-bats. In 2003, the Cubs dumped Hundley back into LA's lap for his last season.

[dx_custom_adunit desktop_id="RTK_K67O" mobile_id="RTK_5yk0"] Mediocre Dreifort impressively finished off the last three months of the '00 season 8-2 with a 3.43 ERA and 96 strikeouts. Those three months earned him an eye-popping $55 million re-signing the next season. Did he return on the investment? Nope! The $55 million bought the Dodgers a pitcher with all kinds of medical problems and piss-poor numbers.

Alex Rodriguez wasn't exactly a bust as a player, but he was never as good as he was cracked up to be. Cracked up by whom, you ask? Um, his contract and the suckers who wrote it. In 2007, the Yankees signed A-Rod to a 10-year, $275 million contract. It made him the richest player in baseball history. Rich, and overrated AF.