The 25 Least Successful TV Sitcoms of the 1990s 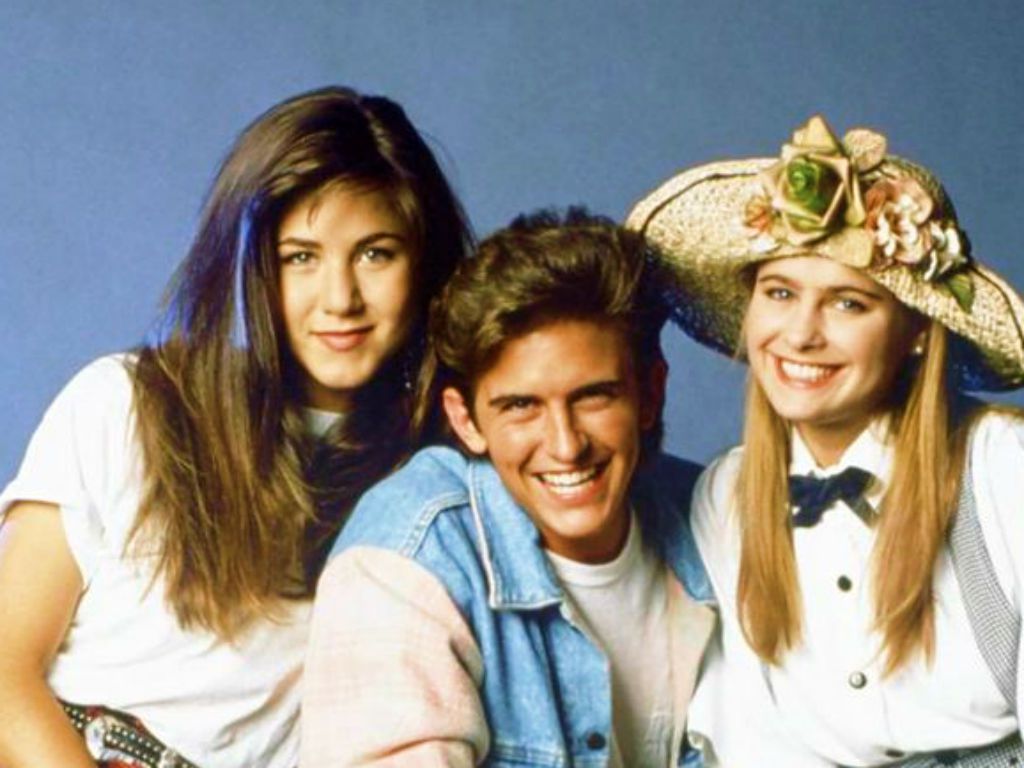 The 90s was a great era of television but it also had a few flops. With every "Friends" there was a "Cop Rock" that would popup now and then. Not sure what the heck "Cop Rock" is? Oh don't worry, we're about to enlighten you with that and many other worst TV comedies of the 90s.

Saved by the Bell: The New Class

"Cop Rock" is a musical cop-themed show, yes you read correctly, a cop musical. It was mixture of serious cop drama with some musical performances sprinkled in between. Honestly, it sounds like if it was made today it might be crazy enough to work, but it was just very bizarre in the 90s.

"Baby Talk" was a television show loosely based on the Look Who's Talking movie where Bruce Willis voices over the thoughts of a baby. In Baby Talk the baby, Mickey, is voiced by Tony Danza. The show was doomed after they re-cast one of the leads, Mickey's mom, after the short first season. It was cancelled after the second season.

The Secret Life of Desmond Pfeiffer

This show was doomed from the start - it's about a black man who was chased out of England only to become Abraham Lincoln's valet. It made the topic of American slavery a lighthearted television show and the public was insanely offended. It only aired 9 episodes before being cancelled completely.

"Dharma and Greg" was a sitcom that told the story of a couple that got married on their first date despite being polar opposites. Yes, sounds like a dumb, wildly unrealistic idea and that's what it is not good. It did last 5 season though, but it definitely was not a favorite show for most critics and most of the public.

There was an array of movies turned TV shows that failed (and still some continue to fail) and "Clueless" is one of them. "Clueless" the movie was great, but the show was kind of annoying. Alicia Silverstone, after reaching success after the film, decided not to star in the show whereas everyone else pretty much did.

Caroline in the City

"Caroline in the City" is like the more tame sitcom version of "Sex and the City," which is probably why it didn't really work. It starred Lea Thompson and she played a cartoonist, not a journalist like Carrie. It did last four seasons but it is extremely forgettable and doesn't hold up.

"Sweet Valley High" was a book series turned television show. It is about two twin blonde girls who live in Sweet Valley and their friends. The acting wasn't good, it was very cheesy and we didn't care as much about these characters as the books. It was cancelled in the 4th season due to low ratings.

"George" was a sitcom that followed former heavyweight champion boxer, George Foreman, who decides to run an after school program for troubled kids. Foreman may be good boxer but he is not a good actor at all. The series only lasted one season.

"Unhappily Ever After" was a family sitcom with a twist. It revolved around a family and the dad is a schizophrenic. The dad lives in the basement and his best friend is a toy rabbit, so I guess we can see why it didn't work out. One of the sons is played by Kevin Connolly and moved on to a much funnier and more successful show: "Entourage."

"Ferris Bueller" is a TV spinoff of the beloved 80s movie "Ferris Bueller's Day Off." Maybe it was because it came out four years after the movie, maybe it's because a similar show called Parker Lewis Can't Lose also debuted that year but the show only lasted a season. Fortunately for Jennifer Aniston who played Ferris's sister, she ended up on a much more successful TV comedy: "Friends."

"Boston Common" follows the story about a brother, Boyd, who moves from Virginia to Boston to spy on his sister, Wyleen. He ends up raises more hell at the student union than helping and ends up falling in love with a girl named Joy. It only lasted two seasons and was cancelled due to low ratings.

"Teen Angel" is about a teenager named Marty who dies after eating a six month old hamburger. He ends up being his best friend's guardian angel. God doesn't appoint him but God's cousin, a disembodied head named Rod, does so. It's bizarre, the acting and overall story is pretty rough, which makes sense why it only lated one season.

"City Guys" is about high school students from very different backgrounds who end up living together. It's like the unscripted show "The Real World" but about high schoolers. They act way too old to be high schoolers and they did focus on some serious issues like racism and drug use - it was sometimes too serious to be a sitcom.

"Herman's Head" follows Herman who's an aspiring writer but currently a fact-checker and his head. His thoughts are controlled by four different characters - kind of like the modernized version of a Greek chorus. All four represent different characteristics: intellect, fear, compassion, and lust. It was kind of like an adult version of the movie Inside Out but just not good.

After a bunch of American kids accidentally destroy the world by firing off a nuclear bomb there's only six people left in the world. All six of them have to deal with living in the world together. It was too bizarre - from the misspelled title (shouldn't it be Whoops?) to the storyline - it barely lasted one season.

"Uncle Buck" was a tv show based off of the movie. You may recall an African American-themed Uncle Buck which premiered in 2016 - both shows the 1990 and 2016 versions - only lasted one season. Turns out you can't always turn a heartfelt family movie into a similar television show.

Me and The Boys

"Me and the Boys" had Steve Harvey in his first starring role (he also helped write it). It told the story of widower, Steve, raising three very different sons. At some times it was too serious for a sitcom and that may be the reason why it only lasted one season.

"Laurie Hill" was a show that followed a woman, named Laurie Hill, who was juggling being a successful doctor and mother. It even had Ellen DeGeneres in one of her first roles playing the funny nurse Nancy. Too bad the show wasn't funny enough to last more than ten episodes.

"Homeboys in Outer Space" is exactly what you think it is. Two guys, Tiberius and Morris, drive around the galaxy in their "space hoopty" - a used spaceship that has a sassy computer named Loquatia. It's extremely cheesy and, yup, you guessed it, only lasted one season.

"The Single Guy" tells the story of a bachelor living in New York City attempting to find love and success as a writer. After the success of Seinfeld many "single guys in the city" show surfaced and this was one of them. It followed similar tropes as Seinfeld like having a neurotic best friend and hanging out a local restaurant - or in this show's case - a bagel shop. Unfortunately unlike Seinfeld, this only lasted two seasons.

"Babes" was a sitcom that focused on the lives of obese sisters and the relationships and stories they get into. Naturally, there were a lot of unpleasant fat girl jokes. Looking back at the series now, it was a bit offensive, the jokes were mean, and we're glad it only lasted one season.

"Grand" sounded so promising, it was a Soap-style sitcom starring Bonnie Hunt and Michael McKean. The show revolves around everyone living in a small Pennsylvanian town which is known for it's famed piano company. Unfortunately, it wasn't a huge hit with viewers.

"The Jackie Thomas Show" is a sitcom co-created by Tom Arnold and Roseanne Barr. It revolved around Arnold who played a very mean, truly awful sitcom star - a show within a show sitcom. Arnold's character was too unlikable to care about.

"Shasta McNasty" really lived up to it's really bad name - by also being a really bad show. It told the story of three slacker guys and their band called - you got it - Shasta McNasty. One of the lead's is Jake Busey, Gary Busey's son. While the show did have some laughs, it was mostly because we were laughing at the show not with it.