Can You ID These Stars Based on Their High-School Pics? 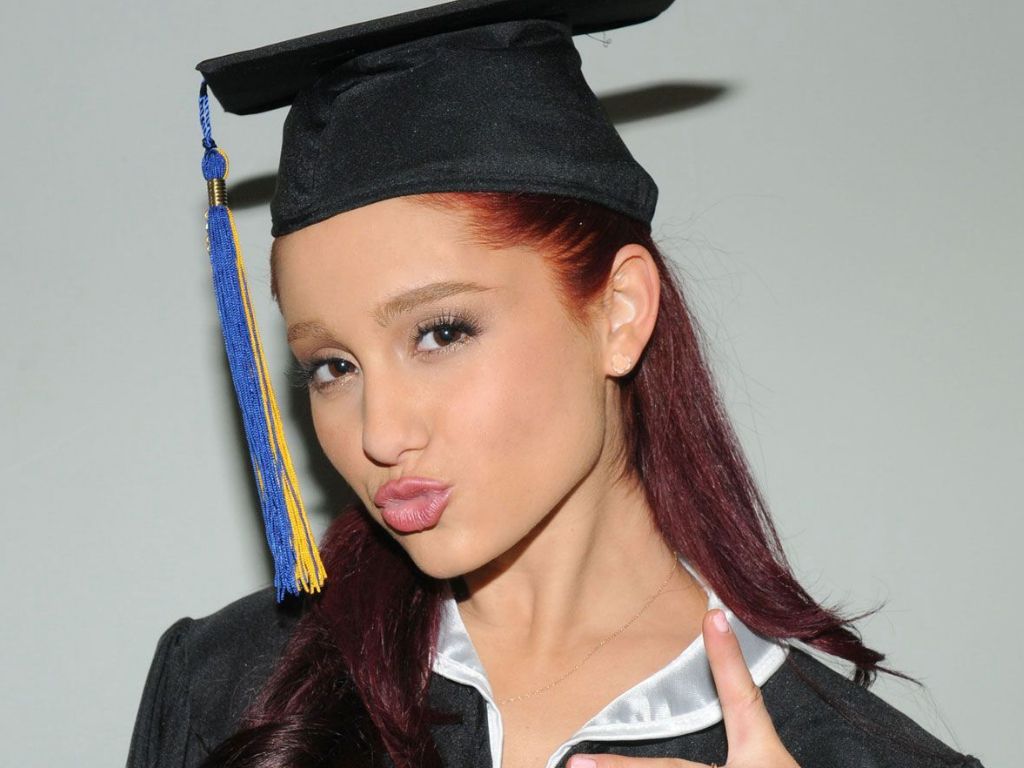 We all have to start somewhere. Here's a look at a bunch of popular modern celebrities from back when they were teeny tiny high-school students. Can you recognize all of these familiar faces?

This future celebrity was born in 1990 in Indian Hills, Kentucky. While at school her hobbies included cheerleading, softball, horseback riding and field hockey. Most impressively, she played on the boys’ basketball team, which her father coached.

Hey, look, it’s Jennifer Lawrence. At age 14, while on a family vacation in New York, she was spotted by talent scouts who convinced her mother to let her audition for some acting roles. Her first audition was so good that the agents said it was the best they’d ever seen from somebody so young.

The Son of a Village Chief

This New Zealand-born actor attended a high school named King’s College in Auckland, and is the son of a native Samoan matai (village chief) and a European New Zealander. But can you tell who he grew up to be?

KJ Apa’s first acting role came in 2013 when he appeared on a New Zealand soap opera. His defining role thus far, though, has been as Archie in the CW’s hit teen melodrama “Riverdale.”

This young man and his incredible afro were born in Honolulu, Hawaii, and grew up in Waikiki. His parents were both entertainers, having met while part of the same stage show where his mother was a hula dancer, and his father played percussion.

After moving to Los Angeles and laboring fruitlessly as a musician for several years, Bruno Mars finally got his big break after teaming up with songwriter Phillip Lawrence. Keith Harris, the drummer for the Black Eyed Peas, gave Mars $5 for the bus so he could attend his first meeting with Lawrence, as he had literally no money to his name.

This curly-haired teen was born in Melbourne, Australia. His mother and father were an English teacher and a social services counselor respectively. He and his two older brothers all ended up going into the same profession, and they insist that while there is competition between them, they keep their rivalry friendly.

Liam Hemsworth (give yourself a half-point if you at least identified his surname) started acting at age 16, and auditioned for Kenneth Branagh’s “Thor,” ultimately losing the role to his other brother, Chris. Instead, Disney cast Liam in “The Last Song,” where he played the love interest of his future wife, Miley Cyrus.

This future celebrity grew up in Tennessee and played the trumpet and French horn in the school orchestra. He had a problem with stuttering, which he partially (but never completely) overcame by training himself to “pretend to be other people who didn’t stutter.” He wanted to be a marine biologist when he finished school.

Samuel L. Jackson tried out marine biology and architecture at college before selecting drama. His career stalled for many years when he developed an intense drug addiction, and it was only after getting clean that he started landing high-profile roles.

Named After Felix the Cat

This teenager was born in Boca Raton, Florida, and her name was inspired by a character in a “Felix the Cat” movie. She was involved in children’s theater from the age of 8, and by age 13 she was convinced that she wanted to become a professional musician.

Ariana Grande’s first big break came when she was cast in the Nickelodeon TV show “Victorious” at in 2009, at age 16. When that show wrapped, she pivoted to music and became one of the most successful solo artists of the current era.

This little girl was born to a 16-year-old mother in Grand Prairie, Texas. She remembers that she and her mother often used to search for quarters to collect money for gas, and they would regularly buy dollar-store spaghetti for dinner.

Selena Gomez had many bit roles in various TV shows when she was a teenager, but her breakout role was as the pop star Mikayla in “Hannah Montana.” From there she went on to “The Wizards of Waverly Place,” which helped skyrocket her to stardom.

This teenager’s strict born again Christian parents forbade her from eating Lucky Charms cereal because they associated “luck” with the Satan. She was taught to call deviled eggs “angeled eggs” instead, and she primarily listened to gospel music at home.

After dropping out during freshman year of high school, Katy Hudson moved to Tennessee. Her first album was gospel music, and it wasn’t until years later that she would reinvent herself as Katy Perry and win over the musical world with “I Kissed a Girl.” According to Perry, she still prays a lot, but is not strictly religious.

Life Behind the Camera

This teen was born into an entertainment family, with parents who worked at various times as stage managers, television producers, scriptwriters and directors. While she attended local school until the seventh grade, she subsequently was home schooled for the rest of her education.

Kristen Stewart never imagined herself as an actor when she was young. Her parents both worked behind the scenes in entertainment, and she imagined she’d become a screenwriter or director. When a talent agent saw her elementary Christmas play, that all changed, and she became an actor.

This troublemaker was arrested for underage drinking and graffiti as a teenager. He also was accused of stealing designer perfumes from department stores and attempting to sell them to his classmates. That said, he was also a math genius, scoring very high on his SATs and interning with Lockheed Martin.

James Franco ultimately pursured acting, winning a role on the cult TV series “Freaks and Geeks,” followed by an impressive performance as the lead in “James Dean.” For that movie, Franco did his best to inhabit the role, cutting off communication with his parents and girlfriend as he spent his days studying the iconic star. It earned him a Golden Globe, and led nicely to his breakout role as Harry Osborn in 2002’s “Spider-Man.”

This teen was born to Puerto Rican parents in the Bronx, New York. She was athletically talented and ran track at a national level in addition to playing on her school’s softball team and on the gymnastics team.

In her final year of high school, Jennifer Lopez auditioned and was cast in a low budget film titled “My Little Girl.” This small role convinced her to pursue a career as a “famous movie star,” which she ultimately achieved.

Every Little Thing She Does Is Magic

This teen was born and raised in Birmingham, Alabama, and studied architecture at Mount Vernon College in Washington D.C. Her parents divorced when she was 10, and her mother later married Hunter Copeland, uncle of the Police drummer Stewart Copeland.

Courteney Cox initially auditioned for the role of Rachel on “Friends.” Jennifer Aniston won that role, of course, but Cox was offered the part of Monica Gellar instead, and it led to worldwide fame and fortune soon after.