Celebrities Who Got Caught Lying on Social Media 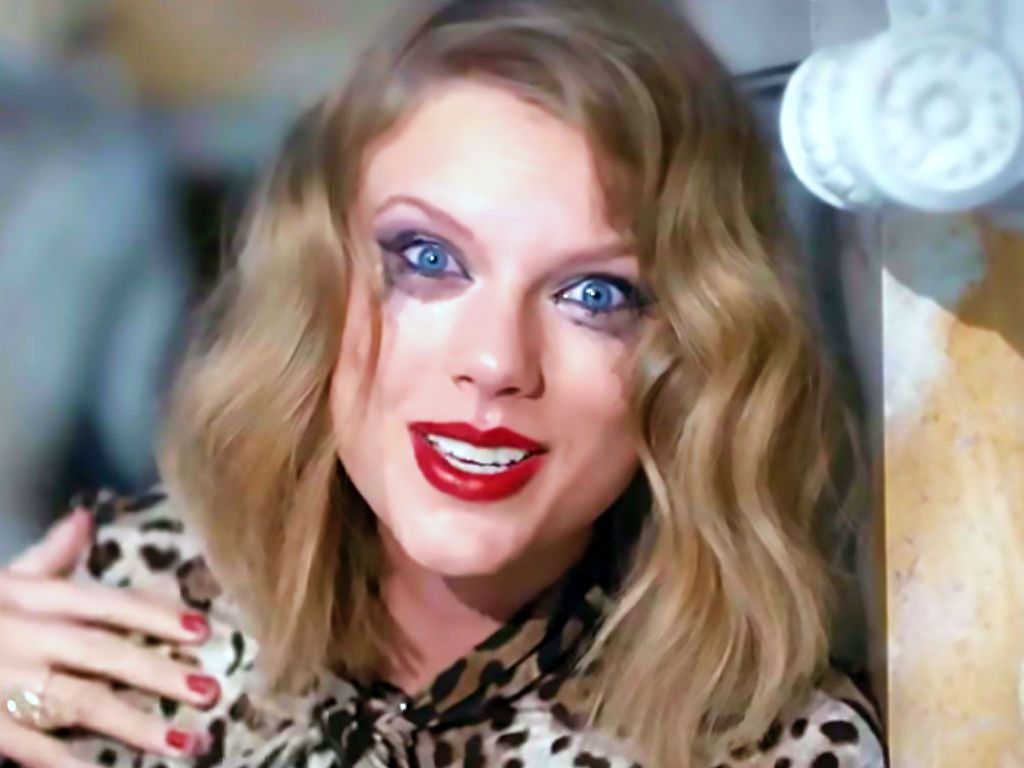 Celebrities might seem perfect, but they’re not flawless. In fact, they’re capable of lying just the rest of us. But sadly, most of them aren’t very good at it. It's like they seem to forget that what you do on social media, stays on social media...forever.

Britney Spears looked absolutely fabulous lying in front of her pool. But fans quickly realized that they couldn’t see the pool through her back arch, which suggested the arch was Photoshopped.

In December 2014, Justin Bieber posted a selfie in a private jet and captioned it, "New jet for Christmas, and she's beautiful..." But TMZ discovered that he had just rented the jet for Christmas and the truth was made public.

Kris Jenner got a bit carried away when she used Facetune to hide the little things she didn’t want followers to see. But she extended the same courtesy to chef Gordon Ramsay, whose face looked more like a Halloween mask by the time she was done.

Taylor Swift shared this Instagram shot where she’s hanging out with the girl band Haim. But the rail behind one of the girls on the far right is curved, which clearly indicates that someone tweaked the photo.

In June 2018, Jake Paul posted this photo of himself looking surprisingly buffed up ahead of his scheduled boxing match with Youtuber KSI on August of that same year. But the bigger the muscles, the bigger the lie. Take a look at how his shoulder muscles blend in with the background. According to Babe.com, this proves he had digitally altered his bod.

In February 2016, Bella Throne posted a photo wearing a furry jacket. She reportedly claimed it was made out of fake fur. But sneaky fans searched online and discovered that the jacket, made by Alice & Olivia, was actually made of real fur.

Back in October 2014, Rita Ora wrote on social media that she would release a new track if she got 100,000 retweets. Clever, right? Only problem is, her promo got a measly 2,000 retweets. In what appears to be an attempt to save face, Ora came out and claimed that her Twitter got hacked and that nothing would come out until she was ready. Needless to say, people never bought it.

In July 2014, Soulja Boy posted a photo on Instagram where he’s holding several stacks of hundred-dollar bills. But fans noticed white paper sheets behind the bills. The singer deleted the post and claimed the fake bills were props for a music video.

Khloe Kardashian posted a photo of some delicious baked goods on Instagram and claimed that she had slaved away in the kitchen baking three pies. But TMZ learned that she had ordered the pumpkin, pecan, and cherry pies from Sweet Lady Jane in Los Angeles.

In November 2012, Oprah Winfrey tweeted that she just loved her Microsoft Surface so much that she had bought 12 for Christmas gifts. But it was pretty clear to followers she was using an iPad.

In September 2018, Kylie tweeted that she had cereal with milk the night before for the first time ever. But Twitter user Joseph Shepherd showed proof she had posted a bowl of cereal on Instagram in 2013. Social media never forgets, huh?

In May 2017, Bow Wow posted a photo of a private plane with the caption: “Travel Day. NYC press run for Growing Up Hip Hop. Lets gooo.” But later on, a Snapchat user called him out by posting photos of the rapper flying coach just like the rest of us. Turns out that the picture he had shared online was actually a stock photo. Ouch.

Lindsay Lohan posted an Instagram photo of herself sticking her backside out. But her followers quickly noticed how warped the side of the door was and accused her of (poorly) using editing software to tweak her badonkadonk.

In August 2014, Diddy shared a photo of an eclipse and used the caption “#diddyView.” The only problem was, that the photo belonged to Cole Younger, a photographer from Los Angeles, who called him out for using the image without asking for permission.

In 2014, Beyoncé posted this photo on her website, which showed her walking down some stairs like a true goddess. But upon closer inspection, fans noticed that the step behind her massive thigh gap was totally warped.

In July 2015, Kim Kardashian posted a caption on a fabulous photo of herself wearing a bikini. She claimed her daughter North posted the photo on social media “by accident” while playing a game on her phone. But no one really bought it.

Britney Spears’ Too Good to Be True

In January 2016, Britney Spears posted a photo of some delicious corn on Instagram and wrote, "It's honestly too good to be true mmmm." But a Twitter user discovered that the photo actually came from recipe100.com and tweeted it alongside Spears’ Instagram photo.

In May 2018, ABC fired Roseanne Barr for posting a racist tweet about Iranian-born American businesswoman Valerie Jarrett. Barr later tweeted that Ambien was to blame for her post. But netizens clapped back for falsely accusing the prescription drug of causing her racism.

In September 2018, Shay Mitchell uploaded an obviously staged video on Snapchat where she was supposedly removing her makeup, including her waterproof mascara, with a Biore product. But netizens realized she still had makeup on her eyes after rubbing the cotton pad on her eye.

“Teen Mom” star Jennelle Evans posted a side-by-side picture for Flat Tummy Tea to show her progress. But netizens believe both photos were taken the same day. Eagle-eyed fans claim Evans was just pushing her stomach out for the before picture and then she tucked it in for the after shot. Others believe she Photoshopped herself to promote the tea.

In November 2017, Paris Hilton tweeted that she and Britney Spears “invented the selfie!” But comedian Jordan Doww posted photos proving he had already done it in 2002 and in 2007. Another user showed that Paul McCartney took a selfie in 1959. Even the New York Times called her out on her lie.

In the wake of the 2012 Victoria’s Secret Fashion Show, Vogue uploaded a photo of Miranda Kerr. But when Kerr posted the photo months later on Instagram, they realized her waist was tinier. The actress claimed she took the photo from the internet and didn’t realized it was edited.

Jordyn Woods posted a photo of herself hanging out with ex-bestie, Kylie Jenner. But take a look at the lines on the floor. One is straight, and the other is distorted, which indicates that Woods’ figure was digitally altered to the max.

Selena Gomez looked absolutely stunning in this photo posted by her makeup artist. But if you study the left side of the image, the door is clearly distorted and stretched out near her shoulder in an attempt to volumize her hair. This is proof that bodies aren't the only thing that apparently needs to get FaceTuned.