Celebrity Makeovers That Made Them Look Like Totally Different People 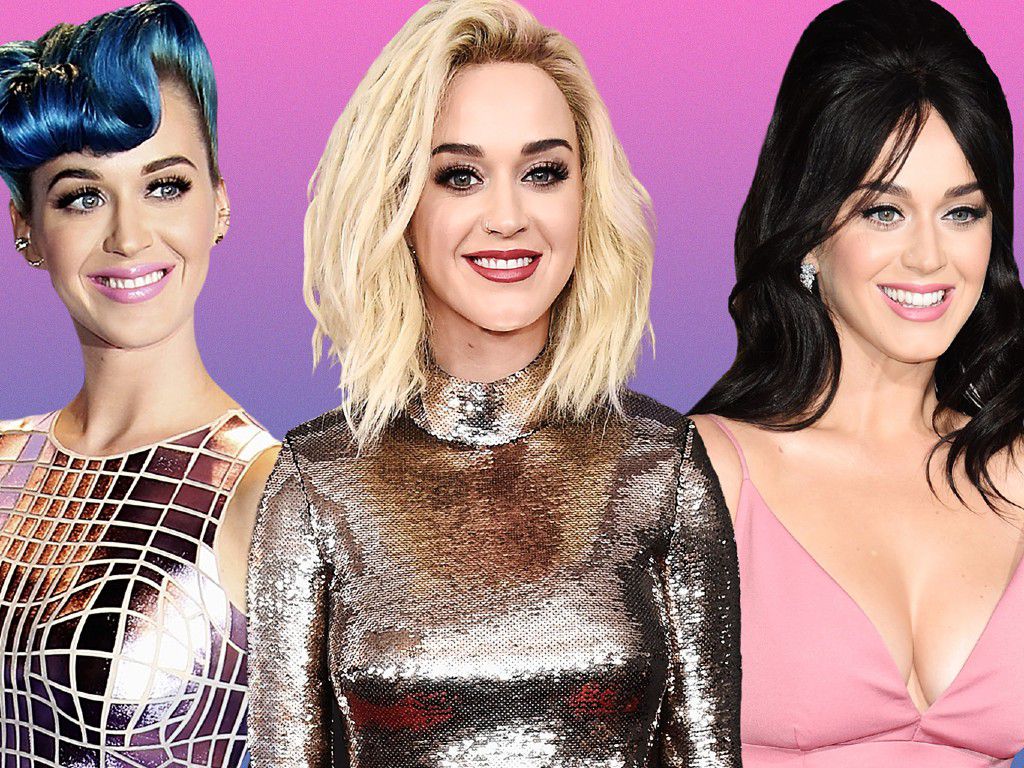 Think you could recognize a celebrity in a crowd? These looks are so different, they're practically a disguise. Look at how these celebrities totally transformed.

Early in Katy's career, they were going for that sexy-girl-next-door look. The straight bangs said "innocent". The cleavage said "maybe not". Her brunette locks cascaded down her shoulders.

Now, she looks totally fierce. The hair's gotten shorter. The clothes have gotten more dramatic. They've transformed her from sexy-girl-next-door to pop vixen.

Look at that soft, curly hair. This former Disney star got her start at a young age. She got her first gig at nine. Though she's gotten older, she still went for a soft, glowing look.

Until now! The pixie cut give her a blunt edge. The dark makeup adds to the look. It's as if she's saying, "Hey. I'm not a kid anymore."

This pop star also got her start with Disney. Selena was in "Hannah Montana" as well as "Wizards of Waverly Place". That all changed, however, when she signed with Hollywood Records. She went from Disney star to pop star.

Now she's rocking the rocker look. With the blonde hair and biker jacket, Selena looks like a total rock star. She's still acting, too. Most recently, she was in "A Rainy Day in New York".

Since Johnny Depp has been appearing onscreen since 1984, we've seen him go through a few looks. Here, he's sporting long hair with a streak of blonde. To match that tousled, rough-around-the-edges look, he's also donning facial hair. It gives off a whole 'I care but I don't' vibe.

What a difference a haircut makes! Lose the locks. Lose the facial hair. Go blonde. If his face wasn't one of the most recognizable in show business, he'd look like a completely different person.

Cardi B: The Lob

Does Cardi B ever not look good? Whether it's a short, black lob, or long blonde locks, Cardi B always looks amazing. She's always willing to try a new 'do, and it always changes her look. She always looks like a million bucks, though, whatever the style.

Lupita has said that her natural hair hasn't always been a hit when it comes to finding jobs. "My hair is something that, historically, has been shunned," she said. "Natural, African, kinky hair — it's often been painted as uncivilized or wild." Well, joke's on whoever thought that. They lost the chance to work with an Oscar winner.

This red carpet winner sure knows how to rock a red carpet look. Here she is at the SAG awards with fantastic box braids. Lupita is a style chameleon. It doesn't matter what look she's sporting; she always looks incredible.

Man buns were in and Leo rolled with it. To match it, he also grew a beard. It's a bushy one, at that. Forget finely-trimmed facial hair. Leo is a wild man in a suit.

But this is the Leo you see in your head when somebody says his name. He's rocked this clean-shaven, short-shorn look for so many years, it's hard to picture him as anything else. Although you're welcome to fantasize about whichever Leo suits your fancy.

You can't see behind the glasses, but you can feel those eyes smouldering. Rock legend Lenny Kravitz has always been a style maven. His dreads are on point. So is everything about him.

It's hard for Lenny to look too different, since he never loses those trademark sunglasses. But dreads to a short afro does change his look. He's no less stylish, though. That's impossible for him.

Here's Emma Stone with a fiery red lob. The eye shadow wing tips are an definitely more of an evening look. The bright lip color is great for a night on the town. Though I guess if you're Emma Stone, you always look camera-ready.

What a difference this makes! From a red lob to a blonde, shoulder-length cut, the hair completely transforms her look. She's also pulled back on the eyes, but turned up the lips. Be honest - if Emma Stone weren't famous, and you saw these two pictures side-by-side, would you think they were the same person?

Not everyone can pull off tousled hair. Dev Patel definitely can. It's a fine line between tousled and messy. Dev never crosses it.

Dev, it's not fair. You pull off tousled with aplomb. Then you go the opposite direction, totally not tousled, and you pull that off too. Leave something for the rest of us.

This former "Hawaii Five-0" star isn't the first person you think of when you think of changing looks. This is the Daniel we know and love. He's handsome, with a charming smile.

Woah, what a difference! He's no less handsome, and his smile no less charming. But with his slightly buzzed sides, and a patch of facial hair, he looks totally different. He's still as swoon-worthy as ever, though.

When someone says "undercut", your first thought isn't "red carpet look". But of course Rihanna could pull it off. Only Rihanna can pull it off. She's got an unparalleled sense of style.

Rihanna's street style looks are no less glam than her red carpet ones. But she does manage to look totally different. With short hair, and bright red lipstick, it's a totally different vibe. But she's just as gorgeous as ever.

Scarlett Johansson has gone through many looks in her day. She's been a blonde, a redhead, and a brunette. She's always got a surprise up her sleeve. And we're there for it.

Bet you weren't expecting her to lose the locks entirely! Though she's sporting her classic blonde, this cut is anything but her classic. Seems a new classic has been established. And it's fire.