Celebrities Who Are Totally Ageless 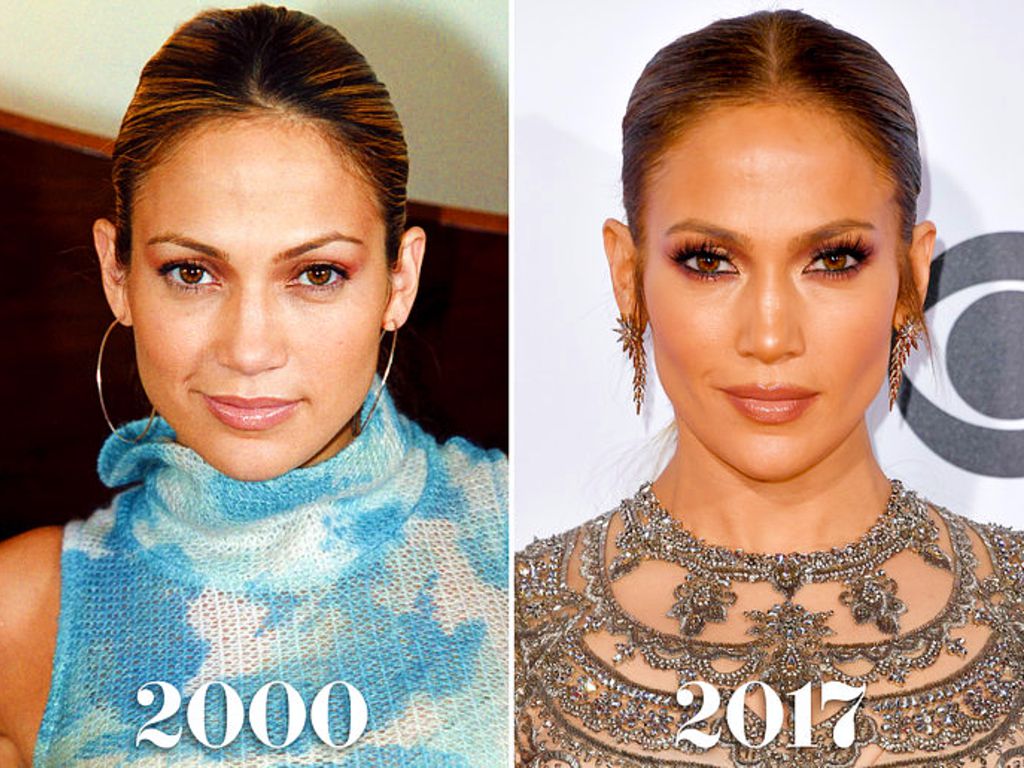 There are a few reasons to be jealous of most celebrities: the fame, the fortune, the fashion. But what about their incredible inability to age? Below are some of the best examples of celebrities who have survived the cruelties of time...

The "John Wick" star has been the subject of numerous conspiracy theories regarding his apparent inability to age a single day. Believed to either be a member of the undead or the reincarnation of a historic icon, Reeves celebrated his 55th birthday last month. Perhaps the "Dracula" actor learned the secret of immortality from his vampire co-star.

Since her whip-cracking days as Catwoman, Michelle Pfeiffer has proven that she doesn't need all nine lives to stay beautiful. Since her acting debut in 1979 on "Delta House" as The Bombshell, the 61-year-old actress has made appearances in "Hairspray," "Dark Shadows," "Mother!" and "Ant-Man and The Wasp." She is set to star alongside Angelina Jolie in "Maleficent 2: Mistress of Evil."

The "ain't no Hollaback girl" hasn't aged a single day and credits her relationship with "The Voice" co-star Blake Shelton as a "healing" moment in her life. Gwen Stefani, now 50-years-old, was the lead vocalist for No Doubt before pursing a solo career in 2004. Along with her singing career, she released her own clothing line in 2004, a fragrance line in 2008 and an animated series in 2014.

The "General Hospital" and "Full House" heartthrob hasn't let his 56 years show. Since his 1984 debut on "Dreams," Stamos has starred on numerous television shows like "ER," "Glee," "Scream Queens," "You" and is set to appear as Chef Louis for ABC's "The Little Mermaid LIVE!"

At 50 years old, Lucy Liu hasn't let her age limit her. After her debut in 1991 on "Beverly Hills, 90210" the actress appeared on several television shows before starring in major films like "Shanghai Noon," "Charlie's Angels," "Kill Bill Vol. 2" and voicing Viper for the "Kung Fu Panda" franchise. From 2012 through 2019, she played a gender swap version of Dr. Watson for "Elementary" which is now regarded as one of the best interpretations of the classic character.

At 46 years old, the talented rapper and record producer is still feeling 'happy.' Pharrell Williams has earned ten Grammy Awards throughout his career and is a two-time Academy Award nominee. In 2014, he replaced CeeLo Green to become one of the coaches for "The Voice." He has also launched several business ventures including a streetwear and shoe line, a furniture line, a Youtube channel and an Adidas collection.

Comedian, actor, film producer and screenwriter, Paul Rudd is a man of many talents. Despite his 50-years, the Marvel actor has managed to retain his boyish looks long after his 1992 debut in the television series "Sisters." He is currently set to star in "Living with Yourself" and "Ghostbusters 2020."

Like a fine wine, funnyman Steve Carrell has gotten better with age. If his photoshoot with Esquire is any indication, "The Office" actor is enjoying his time as a silver fox. At 57 years old, Carrell's acting credits include voicing Gru in the "Despicable Me" franchise, "Little Miss Sunshine" and mostly recently "Welcome to Marwen."

Both an actor and singer-songwriter, Jared Leto continues to stun fans with his lack of visible aging. At 47 years old, the "30 Seconds to Mars" frontman has dazzled Hollywood with his unique fashion sense at every Met Gala and caused some controversy with his questionable performance as Joker in "Suicide Squad." Briefly leaving the DC extended universe, Leto is set to star as the title character for Marvel's "Morbius" film to debut next year.

Still the reigning Queen of Genovia, Anne Hathaway continues to grace us with her beauty long after her appearance in "The Princess Diaries" films. The 36-year old actress has starred in numerous films such as "The Devil Wears Prada," "Les Miserables" and "Ocean's Eight." She is set to star as The Grand High Witch in the remake of "The Witches" rumored to be released in 2020.

Since her time in the Upside Down, the "Stranger Things" star has reignited her acting career. Winona Ryder, 47-years-old, had her acting debut in 1986 and has since stared in "Beetlejuice," "Heathers," "Star Trek" and "Black Swan." In 2018, she reunited with her "Dracula" co-star (and secret husband) Keanu Reeves for "Destination Wedding." The actress is currently in the process of filming for "The Plot Against America."

At 55 years old, Sandra Bullock can still play tough. The "Miss Congeniality" actress made her debut in 1987 and has since starred in "Speed," "The Heat," and provided the voice of Scarlet Overkill in "Minions." In 2018, she starred in the Netflix thriller "Bird Box" and played Danny Ocean's sister Debbie in the female-led "Ocean's Eight."

Despite playing a Hobbit in the "Lord of The Rings" franchise, Elijah Wood has maintained an elf-like immortality when it comes to his appearance. Making his first (uncredited) appearance in a Paula Abdul music video in 1989, Wood has since starred in "Flipper," "Spy Kids 3-D: Game Over," "Sin City" and provided the voice of Mumble in the "Happy Feet" franchise. From 2016 to 2017, he starred in "Dirk Gently's Holistic Detective Agency" and he is currently set to make an appearance in "L.A Rush" which is in post-production.

Currently playing a younger version of himself in "Gemini Man," Will Smith has managed to retain his youth despite being 51-years old. "The Fresh Prince of Bel-Air" has an abundance of acting credits including major blockbuster films like "Independence Day," "Men in Black" and "I, Robot." Recently he's appeared as Deadshot in "Suicide Squad" and played the Genie in "Aladdin." Smith is also well-known for his singing. He has lent his vocal talents to 83 soundtracks. He's set to star in two "Bad Boys" spin-off films and reprise his role as Daryl Ward for Netflix's "Bright 2."

The "Parks & Rec" star must have borrowed from his character's strict health regime because he hasn't aged since his appearance as Sodapop Curtis in "The Outsiders." At 55 years old, the Hollywood stud has starred in the "Austin Powers" franchise, appeared on "The West Wing" and currently provides the voice of Simba in "The Lion Guard." Lowe is also the producer of "The Lowe Files" and "Mental Samurai."

Age has no meaning to 48 year old Jennifer Connelly who managed to escape the temptations of "Labyrinth" and the threat of alien invasion in "The Day the Earth Stood Still" unscathed. The actress has provided her voice as Karen for the recent "Spider-Man" franchise and appeared as Chiren in "Alita: Battle Angel." She is set to star in "Top Gun: Maverick" and make an appearance in the television adaptation of "Snowpiercer."

Nearly suffering hypothermia from "Titanic," Kate Winslet will 'stay forever this way' when it comes to her beauty. The actress, now 44 years old, made her debut in 1991 in "Dark Season" and has since appeared in "Sense and Sensibility," "Eternal Sunshine of the Spotless Mind," "Finding Neverland" and the "Divergent" franchise. She is set to star in "Avatar 2" and provide the voice of the title character in "Black Beauty."

'The truth is out there' when it comes to finding an answer to how Gillian Anderson has reversed the effects of aging. The 51 year old actress reprised her role as Agent Dana Scully for the 2016 reboot of "The X-Files" and has recently made television appearances on "Hannibal" and "American Gods." The actress has also made numerous film and stage appearances over the years and is set to star as Margaret Thatcher in season four of "The Crown."

The "Star Wars" actor has proven that the Dark Side is no match for his good looks. Since his debut in 1993, McGregor, 48 years old, has starred in "Moulin Rouge!," "Trainspotting," and "Beauty and the Beast." He has also appeared on "Fargo" alongside girlfriend Mary Elizabeth Winstead and the two will reunite in "Birds of Prey" in 2020. McGregor is also set to star as Danny Torrance in "Doctor Sleep."

Jackson's 70 years hasn't slowed him down at all. The smooth-talking (and sometimes foul-mouthed) actor has 118 credits to his name including appearances in "Jurassic Park," Pulp Fiction," "Snakes on a Plane" and several Marvel films as Nick Fury. In 2018, he returned to voice Frozone for "Incredibles 2" and reprised his role as Shaft for the 2019 film reboot.

Having fully embodied his Tony Stark character to where it's hard to tell who is who, Robert Downey Jr., 54 years old, has seen his acting career soar to new heights. Having played historic icons such as Albert Einstein, Charlie Chaplin and Sherlock Holmes, the actor has delved into a variety of film genres from comedy to horror. He's set to reprise his role as the world's greatest detective in "Sherlock Holmes 3" and rumored to make a cameo appearance in "Black Widow."

Perhaps it's his mutant DNA, but the "Wolverine" star doesn't look his age at all. "The Greatest Showman" actor is best known for his role in the "X-Men" film franchise but he has also appeared in "Les Miserables," The Prestige," and "Van Helsing." He has also performed in various stage productions including "Beauty and the Beast," "Oklahoma!" and "The Boy from Oz."

In her revealing memoir entitled "Inside Out," the 56-year old actress bared her truth regarding her troubled past relationships. Moore is no stranger to "baring it all" having appeared in films like "Striptease" and posing for the cover of "Vanity Fair." After her debut on "General Hospital," Moore went on to appear in "The Scarlet Letter," "Charlie's Angels: Full Throttle" and played the role of Nurse Claudia on "Empire."

At 40 years old, the "Ghost Whisperer" actress is still continuing to save lives on "9-1-1" as Maddie Kendall. After making her debut in 1989 on "Kids Incorporated," Hewitt has appeared on numerous televisions shows and starred in films like "I Know What You Did Last Summer," "The Tuxedo," and "Tropic Thunder."

The grand dame herself has no fear when it comes to aging and finds joy at each stage in her life. At 74 years old, Mirren hasn't slowed down one bit. She played a kickass assassin in both "Red" films, faced up against ghosts in "Winchester" and portrayed a tough-as-nails mother in "Fast & Furious Presents: Hobbs & Shaw."