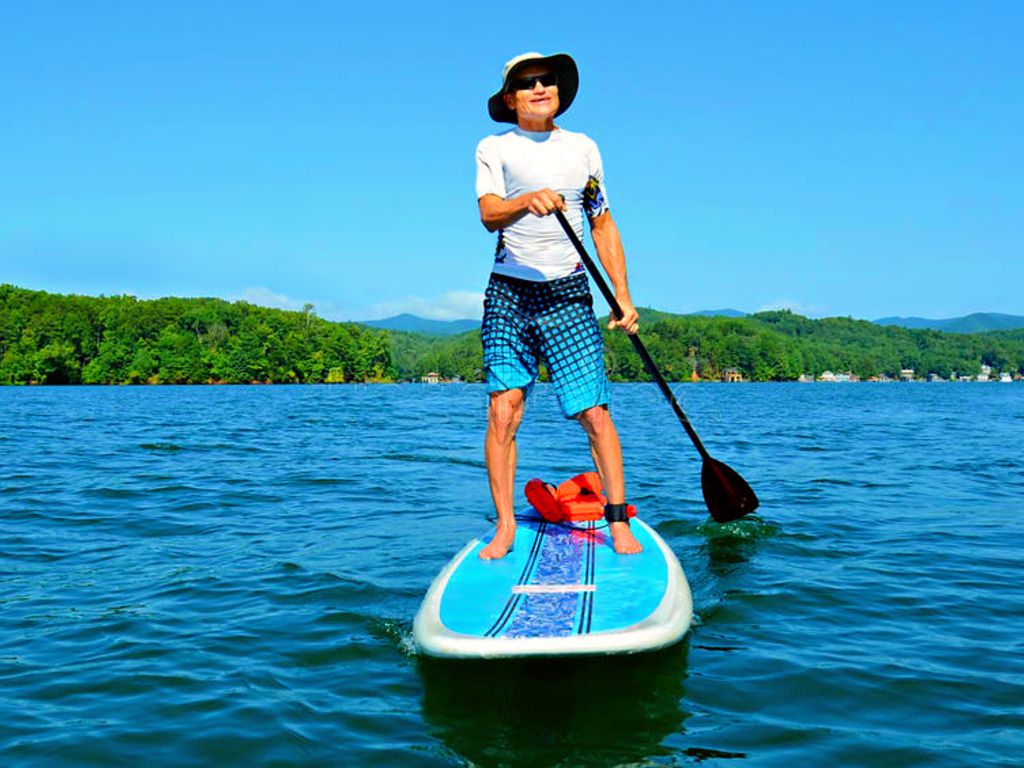 An oceanic journey sounds like fun, unless you have to do it on a paddleboard. But as an endurance athlete, Antonio de la Rosa from Spain was up for the challenge. So, he set out from San Francisco, California, on course towards Honolulu, Hawaii, and his journey may inspire you to do the same.

He Set Out to Conquer the Sea

50-year-old Antonio de la Rosa’s journey began on June 9, 2019, in San Francisco, California. His destination was Honolulu, Hawaii and he intended to make it there using just a paddleboard. But this was no typical paddleboard...

The Paddleboard Was Fully Equipped

De la Rosa’s mode of transportation was a combination of a paddleboard and a small boat. It contained storage bins, food, solar panels for power and a sleeping cabin, too.

He Called It the 'Ocean Defender'

The sea can be the ultimate ally or the ultimate betrayer with its treacherous currents and powerful waves. But De la Rosa had the Ocean Defender, a 24-foot long paddleboard, which he was convinced could get him safely to his final destination.

A Specialist in Solo Traveling

It wasn’t like he hadn’t done this kind of thing before. He had raced across the Atlantic Ocean in a rowing boat all by himself and canoed across the Canary Islands in 2014.

He Stood up to the Arctic Circle

In 2016, he completed a stand-up paddling journey in the Arctic Circle between Ilulissat and Upernavik, Greenland. And he didn’t have a fancy propulsion system to help him when things got tough.

He Created His Own Propulsion

Unlike an actual boat, a paddleboard doesn’t have a motor. So, most paddleboarders propel themselves by using their arms while lying, kneeling, or standing on the board. So, De la Rosa used a paddle to help him traverse the waters.

A Mission to Save the Ocean

His journey wasn’t motivated by a mid-life crisis. He was trying to raise awareness about the importance of preventing man-made pollution from destroying the ocean. The side of his boat read: “Save the Ocean. NO plastics, NO nets, RECYCLE.”

He Encountered Ocean Life, Too

Along the way, he got to see more than the sky and clear blue waters. He also came within safe distance of whales and other forms of ocean life, like these seagulls, which left him breathless.

Sadly, De la Rosa also witnessed things that left him heartbroken, like an insane amount of plastic waste including nets and other types of floating debris that littered the ocean. This is why he was glad he had decided to take on this amazing mission.

He Turned 50 Along the Way

Antonio had a birthday party for one during his high seas adventure. And he celebrated by eating some delicious cookies. Best of all, he didn’t have to share it with anyone else because he was all by himself.

Yet, He Was Completely Alone

Humans generally don’t do well in long-term isolation and unfortunately, De la Rosa had no one by his side. There was no escort vessel. All he had was a computer, a radio and a GPS, which was powered by solar panels.

The Boat Was Very Heavy

The Ocean Defender weighed over 1,300 pounds, which made it a little more difficult for him to maneuver with what he describes as “a very small paddle,” according to Hawaii News Now.

Hurricane Flossie’s effects over the waters he was traversing pushed him off course. "I was to the north, and I think, 'Oh. What happened!'" he told Hawaii News Now. So, he had no other choice but to make a course correction or he could have been lost at sea.

Antonio's paddle board journey was documented with the help of GoPro cameras, which he estimated had set him back about $100,000. But, the cameras recorded all of the beauty and some of the issues that De la Rosa encountered throughout his days and nights at sea.

He Almost Didn’t Make It

In a translated post on his Facebook page, Antonio wrote: “The last 24 hours were of concern and uncertainty.” As he navigated between the Oahu and Molokai islands, he encountered strong winds that pushed his paddleboard closer to the rocky coastline.

He Barely Slept a Wink

Given that the winds continuously pushed him towards the path of certain danger, De la Rosa wasn’t able to sleep because he was too busy trying to keep his boat from crashing into the rocks... and you know, stay alive!

He Finally Reached His Destination

It took seventy-six days, five hours, and twenty-two minutes but De la Rosa did it. On August 24, 2019, he finally set foot in Honolulu, Hawaii, after several weeks of dealing with struggles and frustrations.

He Was Welcomed With a Hug

Once he reached the shore, he was greeted by the warm hug of one of his sponsors at the Waikiki Yacht Club. It was the first human he had seen in nearly three months.

His Hands Were Proof of His Struggles

Not only was he able to have conversations with people again, but he was also able to enjoy a nice cold beer while wearing a lei around his neck. But the calluses on his hands showed everyone at the bar what he had just endured.

Mike Kelly, the commodore at the Waikiki Yacht Club told local news outlet KHON 2, "We congratulate him on his notable accomplishment, navigating under his own power across the Pacific Ocean. Hawaii has a long and well-known history of navigators who have traversed the ocean to reach our shores, and we are very pleased to extend our aloha to Antonio."

He Was The First of His Kind

De la Rosa became the first person to cross the Pacific Ocean as a standup paddleboarder. All it took to cross 2,951 miles of ocean were the winds, the currents, and of course, his powerful arms.

De la Rosa didn’t get much sleep during his voyage and wound up losing approximately ten pounds. But his health never faltered and all the extra paddling allowed him to build some more muscle in his arms.

Expeditions Are a Part of His Life

Filmmaker Alfondo d’Ors taped the moment when De la Rosa paddled his way into the Waikiki Yacht Club. And according to KHON 2, he had this to say about the Spanish adventurer: “I think Antonio is a very special guy. He has a strong mind, health, and he’s a good sportsman. Expeditions are regular for him.”

His Next Adventure Will Be On Land

KHON 2 asked De la Rosa what he had planned for the near future and he said, “I have nothing exactly in my head, but probably next year, I’m going to do a mountain bike expedition with my girlfriend or winter expedition.”