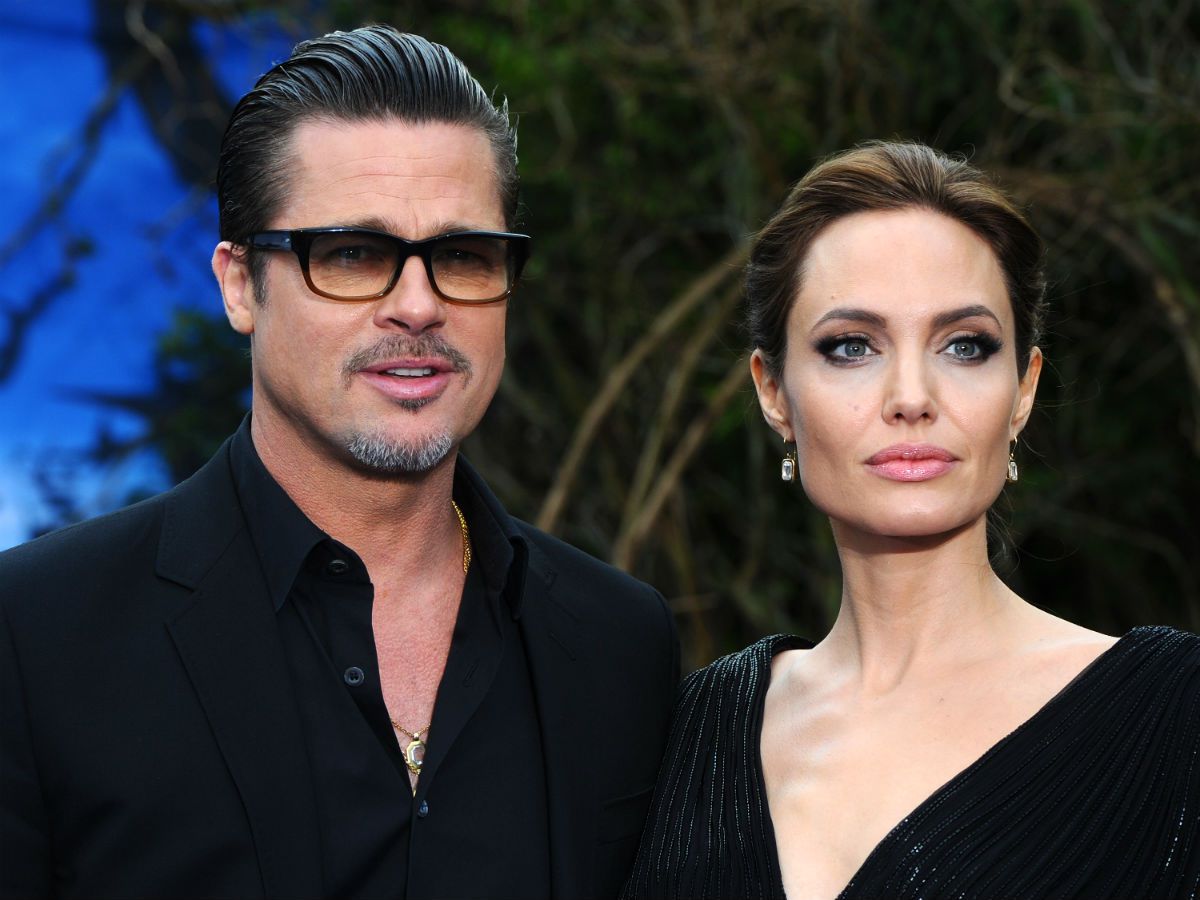 If your life is void of any juicy gossip, you can always count on celebrities scandals to entertain you. Take a look at these outrageous rendezvous among your favorite high profile celebs...

Arnold Schwarzenegger With the Nanny

During the '90s, Schwarzenegger got a little too cozy with his kid's nanny while he was married to Maria Shriver. The Austrian body builder and his housekeeper of 20 years had a scandalous liaison which led to the birth of their son in 1997. It's uncertain how long the affair continued, but in 2011 the shocking secret was out and so were the divorce papers.

Jay-Z With 'Becky With the Good Hair'

Most of us are aware of the digs and jabs directed at Jay-Z in Beyoncé's 2016 album, "Lemonade," that had the public speculating the rapper had cheated on his wife. In an interview with the New York Times, Jay confessed that he "shut down all emotions" during a low point in his life, including shutting out Beyoncé, which he explained led to his infidelity.

Woody Allen With His Girlfriend's Daughter

Most of us are aware of this creepy hookup between Woody Allen and Soon-Yi Previn. In a nutshell: Allen began dating Mia Farrow in 1979, a year after she and her then-husband André Previn adopted Soon-Yi. Allen and Soon-Yi began dating sometime in the early '90s. The pair got married in 1997. Allen told Time magazine, "I didn't find any moral dilemmas whatsoever. ... It wasn't like she was my daughter."

While in a relationship with Robert Pattinson in 2012, Kristen Stewart was caught making out with married film director Rupert Sanders in the middle of Hollywood. The filmmaker described his affair with Stewart as a "momentary lapse."

Heidi Klum With the Family Bodyguard

German model Heidi Klum was adamant she'd never cheated on her British musician husband, Seal. But in 2012, shortly after their split, Klum confessed to being in a relationship with her bodyguard. Her ex-husband told TMZ that he expected his wife to show "a little more class" and wait until they were separated before deciding to "fornicate with the help."

Ever wondered why you never see Meg Ryan in movies anymore? It may be because her "good girl" reputation was tarnished after she began an affair with "Proof of Life" co-star Russell Crowe in 2000 while married to Dennis Quaid. Although Ryan has asserted that Quaid was unfaithful to her for years, it was her career that got damaged as a result of the affair.

Kevin Hart With a Mystery Woman

Hart denied rumors of cheating on his pregnant wife until images emerged showing him in a Vegas hotel room with another woman. The images were used to extort the comedian, and soon the "Jumanji" star appeared on Instagram with a video apologizing to his wife for his "error in judgement."

Rapper Iggy Azalea and basketball star Nick Young aired their dirty laundry out in public when she dished the details of their split on social media. During their engagement, the NBA star was recorded joking about hooking up with women, but Azalea later confirmed on Twitter that she had CCTV footage of Young bringing other women into their home. Yikes.

From Kate Hudson to Cameron Diaz and currently engaged to J-Lo, retired baseball star Alex Rodriguez has been involved with plenty of high-profile women. But his relationship with Madonna in 2008 started it all. It was this relationship that ended his marriage to Cynthia Scurtis after six years. According to his ex-wife, A-Rod was "brainwashed" by Madonna and got "pulled into the dark side."

In 2017, Kendall Jenner came under scrutiny for her involvement with NBA star Blake Griffin. The basketball player's ex and mother of his two kids filed a lawsuit against him for abandoning her and their children for the Victoria's Secret model, claiming the couple started dating while Blake was still with the mother of his kids. Blake denied all allegations and Jenner stayed tight-lipped.

Jude Law With the Nanny

Another Hollywood scandal that included the nanny took place in 2005 when Jude Law snuggled up to 26-year-old Daisy Knight while the actor was engaged to Sienna Miller. To add some spice to this story, nanny Knight sold her diary which detailed the fling with allegations that one of Law's children had seen her in "daddy's room, tucked up in his arms."

Sienna Miller admitted to being "briefly involved" with Daniel Craig in 2004, a year before the news broke of Jude Law cheating on her with the nanny. Miller insisted she was just being friendly when she left Craig a voice message saying "I love you." That leaked after Craig's voicemail was hacked.

David Letterman With His Employees

In 2009, David Letterman confessed during a taping of his late night talk show that, while married to his wife, Regina Lasko, he had been having sex with several women who worked on his show. He told his audience that he had been blackmailed into giving someone $2 million. The blackmailer had threatened to produce a movie and write a book about Letterman's sexual misconduct.

Billy Crudup and Claire Danes' controversial relationship began in 2003 while Crudup's girlfriend, Mary-Louise Parker, was seven months pregnant with his child. Danes admitted she was young and foolish, and their romance didn't last too long. Danes left Crudup for her future husband, Hugh Dancy.

Hulk Hogan With His Daughter's Friend

Before the Kardashians, our TV screens were taken over by the Hogans in "Hogan Knows Best." The show followed wrestling superstar Hulk Hogan in his role as a husband and a father. However, his role as husband came to an end in 2008 after he had sex with daughter Brooke Hogan's best friend. The Hulkster's wife of 25 years, Linda, finally called it quits after that.

Lamar Odom admitted to cheating on his wife, Khloe Kardashian, with a number of women. Kardashian has said she believes her ex-husband has a sex addiction. For his part, Odom has described how he was inundated with attention from women saying, "B----es and THOTs came out of the woodwork. ... I wish I could have kept my d--- in my pants."

While married to Sandra Bullock, Jesse James fooled around with tattoo model Michelle McGee, which ultimately ended his marriage to the Oscar-winning actor. McGee admitted to having an 11-month affair with the TV personality. He also defended McGee's involvement with him, saying she thought he and Bullock were no longer together.

Larry King With His Sister-in-Law

Larry King admitted to engaging in flirtatious acts with his wife's sister, but asserts they never slept together during the marriage. But his ex-wife claimed that King and her sister were involved in a scandalous affair in which King spoiled her look-alike sibling with gifts of over a $1 million.

Ethan Hawke With the Nanny

Affairs with the nanny seem to be quite a popular pastime among famous men. Ethan Hawke is another actor who fell for the nanny spell. But Hawke took his affair one step further than a lot of other celebrity philanderers when he divorced his wife, Uma Thurman, to marry their children's nanny in 2008.

Alicia Keys and Swizz Beatz started dating while the music producer was married to and had kids with singer Mashonda. But this affair took a rare turn. Mashonda now lives her life harmoniously with both Keys and Beatz as they co-parent the children. In a recent interview together, the three explained their pride in their "beautiful partnership."

Simon Cowell and his partner, Lauren Silverman, met because the music mogul was friends with her husband, Andrew Silverman. Cowell even vacationed often with the couple. But in 2013, news broke that Silverman was pregnant with Cowell's child, which subsequently resulted in her divorce on the grounds of adultery.

Jennifer Lopez and Ben Affleck met in 2002 when Lopez was on the cusp of a divorce from her husband, Chris Judd, to whom she had been married for a year. Rumors surfaced that the reason for the split was Lopez's relationship with Affleck, as the couple's relationship was in the headlines immediately after Judd and J-Lo's divorce.