Bridget Daly
Celebrity Tanning Fails That Will Make You Wonder WTF They Were Thinking June 11, 2018 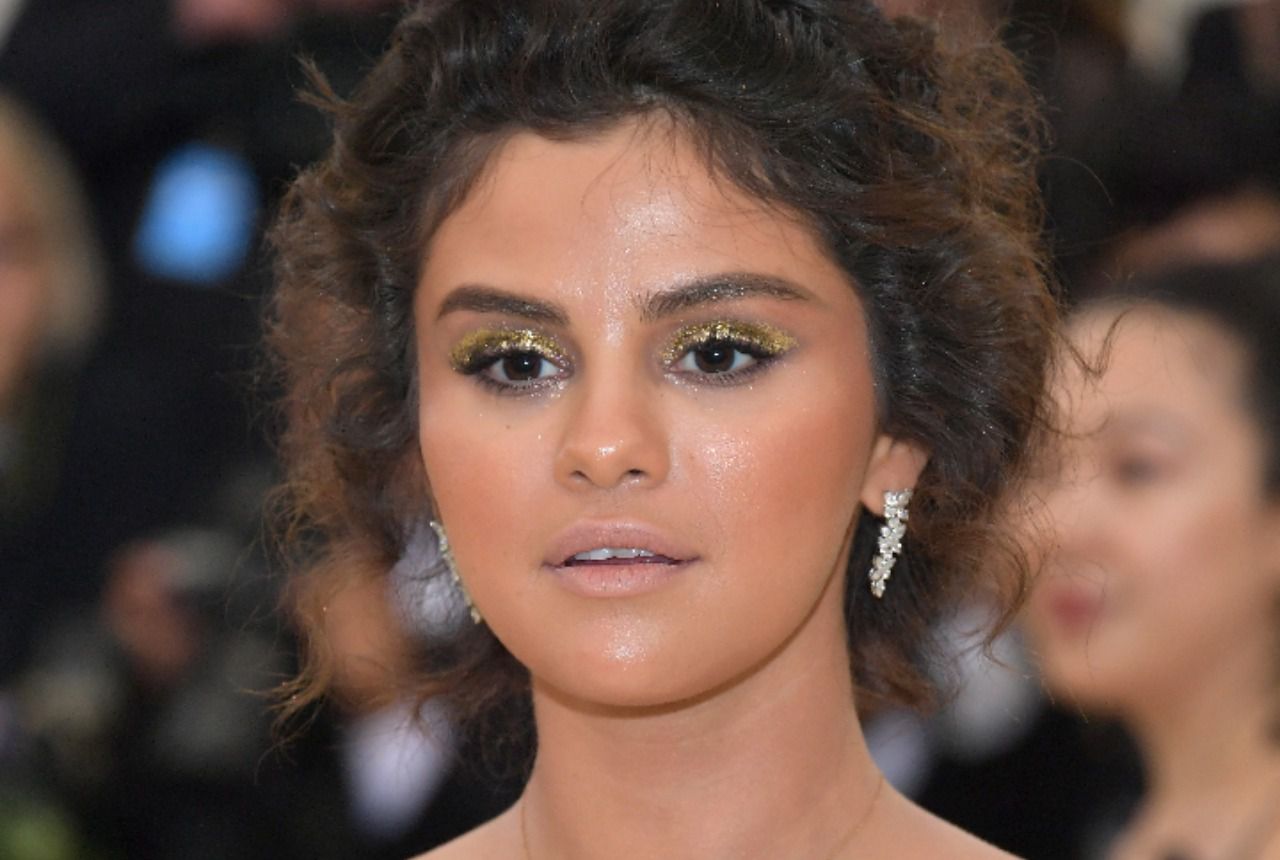 Tanning is tricky, and these celebrity tanning fails prove it

Celebs have top-rated stylists, Instagram-famous makeup artists and a full-fledged #GlamSquads always at the ready. So it's nearly impossible to believe that some hit the red carpet looking anything but their very best. But the constant pressure to look flawless often proves to be their undoing. Because, as these photos demonstrate, they sometimes go overboard trying to capture that elusive sun-kissed glow. And with celebrity tanning fails striking A-listers like pop star Selena Gomez and Instagram "It" girl Gigi Hadid,  it's clear no one is safe from looking like a shriveled-up orange punched with a packet of bronzer.

Can someone please call "No Tears Left To Cry" singer Ariana Grande and let her know that when you get a spray tan, you're supposed to spray BOTH sides of your body to get even, all-over coverage? Peep the striking neck/shoulder color difference. Yikes.

Over the years, "Teen Mom OG" star Amber Portwood has flaunted some seriously questionable looks (remember those pencil-thin eyebrows?). Pictured here, Portwood is rocking an orange glow despite the fact that her signature, preferred skin color looks like she takes her vactions on the surface of the sun.

Once again, Chrissy Teigen put HERSELF on the list of celebrity tanning fails. In a #ThrowbackThursday Instagram upload, the model called herself out on Twitter for her super-tanned look displayed at the 2008 Grammy Awards. "10 years ago. This tan!!! Lmao," wrote Teigen.

Yikes. Someone needs to tell "Girls" singer Rita Ora that when you pay for a fake tan, you're supposed to get even, all-over coverage. Judging from the color of Ora's legs compared to the white of her face, the pop star forget to mention that crucial detail.

Gigi Hadid, supermodel and on-again, off-again beau to One Direction star Zayn Malik clearly needs to pull back on her bronzing routine. Hitting the 2015 MTV Video Music Awards red carpet looking like she spent two hours too long in a tanning bed, it's nearly unbelievable that the star chose to rock an orange dress that was a near-perfect match for her skin tone.

Apparently, Claire Danes missed the memo about looking flawless on the red carpet for television's biggest night. Tbh, I'm not sure whether she was trying to match her gold dress or her hair color when she set the dial during her (obvious) spray tan session.

While this pic was definitely taken before Khloe Kardashian's 2015 glow up, that's no excuse for the reality star to step out on the red carpet while looking like she doesn't own a mirror. Paired with too-dark foundation, Kardashian's tanning session made her look like a freshly-picked carrot.

Just like many other celebs on this list, Jessica Simpson is definitely a repeat offender when it comes to overly-dark spray tanning fails. Accentuated by her heavy-handed makeup and blonde hair, Simpson looked unmistakenly orange on the red carpet of the 2005 MTV Movie Awards.

Paris Hilton, just like one-time BFF and heir to her reality television throne Kim Kardashian, knows what it's like to step out with a too-dark spray tan. Pictured here, Hilton clearly landed on the "super bronze" setting while spending time in the booth. That's definitely "not hot."

Kylie Jenner's Instagram advertisment for a self tanning product went belly up when fans were quick to point out the patches on her legs and stomach. Not wanting to lose her sponsorship dollars, the cosmetics queen removed the post from her feed and hopefully went back to smooth out her uneven tan.

Aside from her numerous drug and DUI offenses, LiLo is also known for being a repeat offender on the "spray tans from hell list." Completely ignoring the beauty of her natural red hair/pale skin combo, Lohan often opts to go under the nozzle to significantly darken her complexion.

Victoria Beckham's platinum blonde pixie cut is NOT doing her any favors during this red carpet appearance. By providing a stark contrast to Beckham's over-tanned skin, the fact that the pop star and fashion designer looks like a burnt piece of bacon is somehow made MORE obvious by the blonde 'do.

The near nip slip isn't the only thing wrong with this photo of Aubrey O'Day. Aside from flexing a top that's daring to slip down at any moment, O'Day went three shades too dark in the tanning both, with her chest (clearly) receiving the brunt of the blast.

While hitting the high notes notes at singer Etta James' funeral, Aguilera failed to notice that her spray tan was literally LEAKING down her left leg. Somehow, the veteran pop star's stylist didn't realize that her client hit the stage at the event looking like she just went on a mile-long mud hike.

I'm pretty sure that at this point, "Jersey Shore" star Snooki can't exist without an overly-orange spray tan. Part of her trademark claim to fame alongside caked on eyeliner and her signature hair bump, the reality star's default shade is always ten times darker than her natural color.

For "Property Brothers" star Drew Scott, failing to follow the instructions listed on the spray tan tent had disastrous consequences. "I made a mistake, though...that no one will see," said Scott. "you're supposed to stand on those little foot thingies and I didn't. The bottom of my feet are black."

For Maude Apatow, the 20-year-old daughter of Judd Apatow and Leslie Mann, getting ready for college wasn't completely painless. "Spray tan nightmare pt. I lost count. I'm about to start college," she wrote in an Instagram selfie dedicated to showing off her orange glow.

From covering her daughter North in spray tan while attempting a breastfeeding session to rolling up to an event hosted by The Business of Fashion looking a little darker than usual, Kim Kardashian is well-acquainted with the perils of fake tanning. While I still love you KKW, maybe yellow ISN'T the best color for this look.

Always down to poke fun at herself before the haters get a chance to drag her down, Chrissy Teigen took to Snapchat to let fans know what happens when a spray tan goes wrong. With her body outline clearly displayed on her off-white sheets, it's clear that the model stayed opted for too high of an intensity in the pop up tent.

Selena Gomez hit the red carpet at the 2018 Met Gala brazenly flaunting a spray tan disaster that would have kept most celebs at home. Unsurprisingly, the pop star faced severe backlash over her look and even responded with an Instagram video of herself running away from all pictures of the event.