Celebrities Who You Didn’t Know Were in the Military 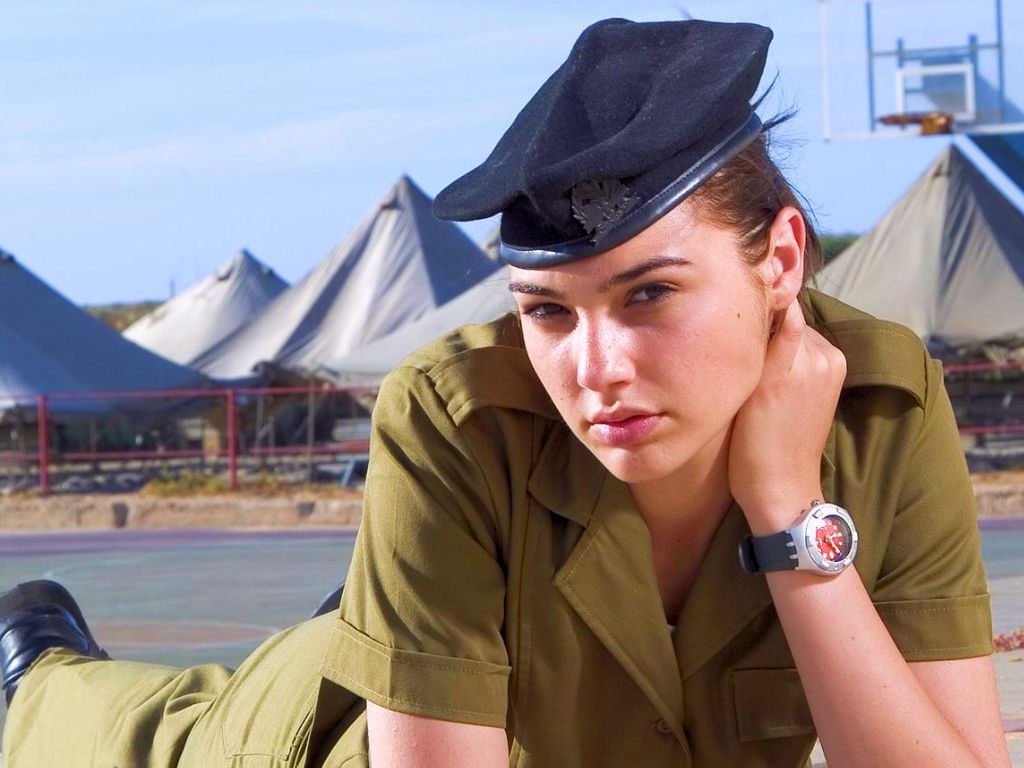 While serving in the military, some of these stars learned discipline, hard work and determination. Other stars realized that they wanted to lead different paths in life. Who went on to become an incredible painter? Who was required by law to serve? Find out these and more incredible stories...

Adam Driver joined the military in 2001 after a time where he described, "September 11 happened and all my friends were like 'Let's join the military!' and I was the only one who actually did." His time serving gave him a new perspective on civilian life and this lead him to pursue acting. He served for two years before he was medically discharged.

Not only did Morgan Freeman serve, but he turned down a drama scholarship to do so. Three of Morgan's four brothers served in the military as well. Freeman spent three years in the Air Force. He says of his time, "I did three years, eight months, and ten days in all, but it took me a year and a half to get disabused of my romantic notions about it."

Jimi Hendrix isn't the first person you think of when you think of rule-followers in structured environments. What's less surprising is how he got there. In 1961, Hendrix was caught driving a stolen car. He was given the choice of prison or the Army and this is what he chose.

Not only did Bob Ross serve, but he did so for a long time. Bob Ross spent twenty years in the Air Force. It's actually where he started painting. Bob Ross climbed the ranks all the way up to Master Sergeant.

Rihanna was an army cadet in her native Barbados. Not only that, singer-songwriter Shontelle was her drill sergeant. Unlike some of the other celebs on this list who came from a country where military service is compulsory, this is not true of Barbados. Though it's technically a sub-military program, she still chose to sign up.

When Hefner graduated in 1944, he enlisted in the Army. That isn't all, though. Although he enlisted as an infantry clerk, he won a sharpshooter badge. He also made it through what's known as "Killer College," where troops go through maneuvers and throw real grenades.

From NWA to "Law and Order," Ice-T certainly has had a varied career. That includes military service. When Ice-T struggled to support his girlfriend and daughter, he joined the Army. He served four years in the 25th Infantry Division.

Ever wonder where Drew Carey got his famous crew cut? He adopted it from being in the Marine Corps Reserve from 1980 - 1986. Not only that, it's where he started his comedy career. "While in the Marine Reserves, I was looking for a way to make some more money, and it was suggested that I try using my jokes," Carey said.

This famous "Golden Girl" has a past most people don't know about. At 21, she was one of the first members of the Marine Corps' Women's Reserve. There, she served as a typist and truck driver. She spent 30 months in the Marine Corps.

Rihanna was an army cadet in her native Barbados. Not only that, singer-songwriter Shontelle was her drill sergeant. Unlike some of the other celebs on this list who came from a country where military service is compulsory, this is not true of Barbados. Though it's technically a sub-military program, she still chose to sign up.

Chuck Norris is known as a martial artist. What he isn't known for is his military service. Norris joined the Air Force after high school. It was actually while stationed in Korea he became interested in martial arts.

After getting expelled from Prairie View A&M University after only one year on a football scholarship, Mr. T signed up for service. He enlisted in the Army. He served in the Military Police Corps. He was even awarded a letter of recommendation from his sergeant, and was elected to "Top Trainee of the Cycle."

Military service is compulsory in Gal Gadot's home country, Israel. She spent two years in the Israel Defense Forces. She called her training there "a lot more intense" than her physical training for the "Wonder Woman" movie. Though she did throw her back out training for the movie.

Sean Connery served in the British Royal Navy. He dropped out of school at 13 and he joined the Navy at 15. While in the Navy, he served aboard the HMS Formidable.

Unlike some others, Clint Eastwood didn't sign up for service. He was drafted. He was drafted into the Army during the war in Korea and was later discharged in 1953.

The "It Wasn't Me" singer enlisted in the United States Marine Corps in 1988. Though Jamaican-born, he came to the U. S. to live with his mother in Brooklyn. He even served during the Gulf War. Shaggy climbed the ranks all the way up to lance corporal.

Bridges' first experience with the military came in high school, when he attended a military academy. Bridges hated this experience, but four years later, when he turned 18, he joined the Coast Guard Reserves. His service lasted for a full seven years and taught the actor a lot about life and discipline.

Singer James Blunt served in the British Army. While there. he was part of a cavalry regiment. In the Kosovo War in 1999, he served under NATO. It may be hard to believe, but Blunt was a reconnaissance officer.

Pat Sajak's entertainment career started in the Army. During the Vietnam war, he was transferred to Saigon. There, he worked as a DJ on Armed Forces Radio. Of his time, Sajak says, "I used to feel a bit guilty about my relatively soft duty. I was billeted in a hotel and there were plenty of nice restaurants around. But I always felt a little better when I met guys who came into town from the field and thanked us for bringing them a little bit of home."

Tom Selleck is another celeb who was drafted. His orders came during the Vietnam War. He then joined the California National Guard. He served from 1967 to 1973.

Bob Barker enlisted during WWII and served in the United States Navy. Barker was no slack. He trained in eight different wartime locations. Not only that, he also got the experience of flying military aircrafts.

Johnny Cash enlisted in 1950 and he then joined the U.S. Air Force. He intercepted Soviet Army transmissions as a Morse code operator. As such, he was the first American to learn of Stalin's death after intercepting a transmission about it.

Walt Disney lied about his age in order to sign up with the American Ambulance Corps, a division of the Red Cross. During WWI, Disney was in Paris. Though there are rumors he received a dishonorable discharge, they aren't true. He nearly faced disciplinary action for abandoning a truck that was ferrying supplies that had broken down; however, the driver that was with him who went for help went on a two-day bender instead. Disney stayed with the truck for two days before going to find food and shelter.

Given his penchant for questioning things, Carlin is another celeb you'd never think of along with the idea of the military. Carlin, however, joined the Air Force after dropping out of high school. Unsurprisingly, he had a rocky relationship with the Air Force, and was court martialed three times.

Gene Wilder was another celeb who was drafted. He was assigned to the medical corps, where he worked as a paramedic. He worked in the Department of Psychiatry and Neurology at Valley Forge Army Hospital in Phoenixville, Pennsylvania. He was discharged in 1958.