Where Are They Now? The Cast of ‘Zenon: Girl of the 21st Century’

Sarah Knieser
Where Are They Now? The Cast of ‘Zenon: Girl of the 21st Century’ October 9, 2019Leave a comment 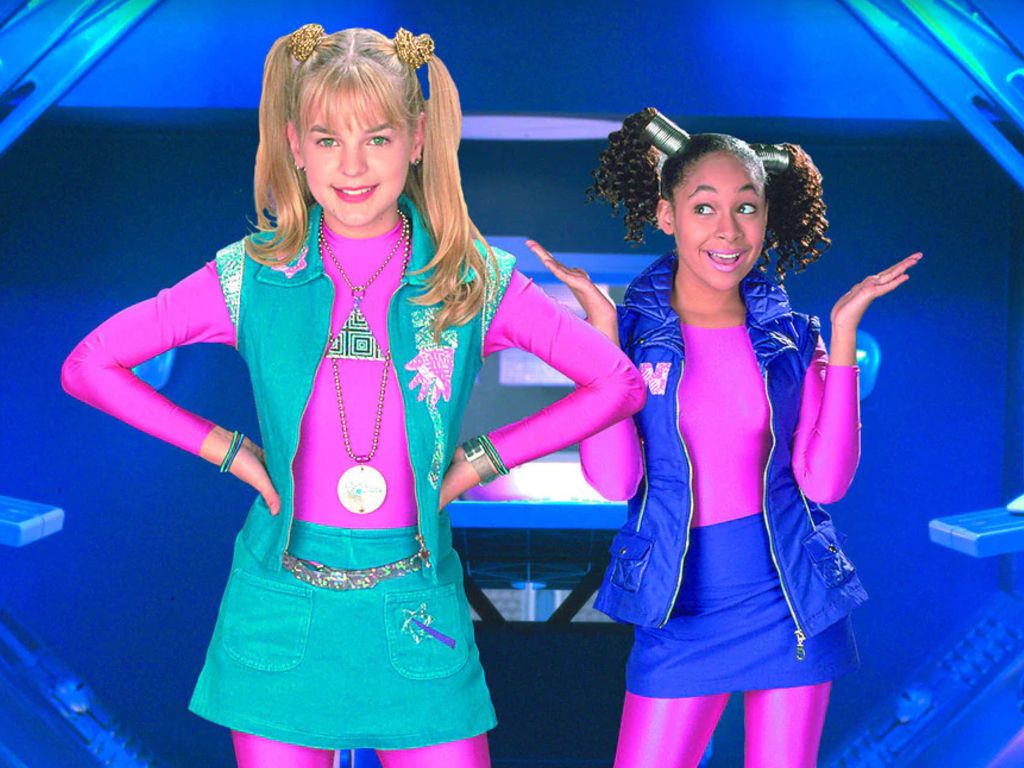 Zetus lapetus! It has been over 20 years since Zenon and her gang of interstellar friends invited Proto Zoa to space, saved the space station and rescued Earth from a moon goddess (do you remember Z3?). You’ll be surprised to find out which cast members earned a Ph.D. and who has left acting altogether.

Raven was well into child stardom when she appeared in ‘Zenon’ and it shows. She nearly stole the show in the first film and in the years that followed, she became a mainstay on the Disney Channel with “That’s So Raven,” 2 “Cheetah Girls” films and as the voice of Monique on “Kim Possible.”

After “Zenon” and “That’s So Raven” hit the Disney Channel, Raven made a few appearances on shows like “The View” and “Black-ish” before she returned to Disney for “Raven’s Home” a revival of her successful show on the channel. She has also kept busy by making music. To date, she has four albums under her belt.

Gregory Smith played Greg, Zenon’s crush and Earth native. He had the signature floppy ‘90s hairstyle and was a total jerk to our interstellar heroine before he became her love interest by the end of the first film. He was already a pro on screen, having done a handful of roles after starting to act professionally at 11 years old.

Smith has continued acting and has been in some very successful projects. He appeared in the 2000 film “The Patriot” alongside Mel Gibson and Heath Ledger. Now, he mostly spends his time behind the camera, directing episodes of shows like “The Flash,” “Arrow” and “Riverdale.”

Proto Zoa, lead singer of the band Microbe, stole every young girl’s heart in the late ‘90s with tunes like “Supernova Girl” and “The Galaxy is Ours.” The spiky-haired singer had only been in a handful of acting roles before he took to the screen as Proto Zoa, but it was enough to land him into pop culture history forever.

Rhys’s acting career has really picked up since “Zenon.” He has had roles in dramas like “24” and “NCIS” as well as other shows like “Pretty Little Liars: The Perfectionists” and the highly anticipated George R. R. Martin based “Nightflyers.” Besides acting, he is also a huge soccer fan and speaks fluent French.

Lauren Maltby may be a familiar face to anyone who has seen Mary-Kate and Ashley Olsen’s direct-to-VHS series “You’re Invited…” or the DCOM “Stepsister from Planet Weird.” She played stuck up and snooty Margie in the ‘Zenon’ films, but deep down, she always had a heart of gold.

Maltby was one of only four actors to appear in all three ‘Zenon’ films, but “Z3” marked the end of her acting career altogether. Afterwards, she turned her focus to school, attending Biola University and earning her Ph.D. in clinical psychology. Now, she puts her smarts to good use as a psychologist.

Tom Wright played Orion and quickly emerged as a fan favorite in “Zenon: The Zequel.” Even though he only had a brief appearance in the second film, his futuristic outfits alone were enough to give him iconic ‘90s status for life.

Wright has really honed his skills since ‘Zenon.’ He is a major theatre director in his native Australia and he has appeared in many dramas in the past few years. He was nominated for Best Supporting Actor at the Critics Choice Awards for his role in Jane Campion’s series “Top of the Lake” in 2013.

Brenden Jefferson started acting when he was just 6 years old in a role on “Full House” and he continued into his teenage years. Before Zenon aired, he had appeared on shows like “Hangin’ with Mr. Cooper,” “Malcolm & Eddie” and “Saved by the Bell: The New Class.”

Brenden Jefferson’s last acting role was in 2004, after some appearances on shows like “The Steve Harvey Show,” “Even Stevens” and “Smart Guy.” His most noticeable role was X-Ray in the Shia LeBeouf film “Holes.” Since 2004, he hasn’t appeared in the public eye, preferring his privacy after a childhood in the spotlight.

Holly Fulger played Zenon’s flustered aunt Judy in the Zenon trilogy. Her character went from someone who was terrified of space and everything that wasn’t held down by Earth’s gravity to the wife of the commander of the space station! That’s growth.

Fulger continued acting after appearing in all three of the ‘Zenon’ films, with roles on shows like “7th Heaven” and “NYPD Blue.” She has also started producing, directing and writing entertainment in the past few years. When she’s not working, she spends her time raising a group of rescue animals.

Pankin was already an established actor when he appeared as the bumbling Commander Plank in the ‘Zenon’ films. He voiced Earl Sinclair in all 4 seasons of the puppet-led sitcom “Dinosaurs” and he appeared in the movies “Honey, We Shrunk Ourselves” and “Arachnophobia.”

Pankin has over 150 acting credits to his name, including a role in the Oscar-winning film “The Artist.” He has returned to working on shows on Disney Channel a few times, with appearances on shows like “Girl Meets World” and “Shake it Up.”

Shadia Simmons was a promising young actress with great range, which she showed in many Disney Channel projects. Most notably, she won a Young Artist’s Award for her role as Piper in the movie “The Color of Friendship,” which also won an Emmy award for Outstanding Children’s Program.

Simmons continued to act after her appearance in “Zenon: The Zequel,” but her last acting role was the recurring role of Emily Davis on the sitcom “Life with Derek,” which ended in 2009. Afterwards, she completed her master’s degree in education, which she put to use teaching acting to high school students.

Before Glenn McMillan appeared in the third installment of the ‘Zenon’ franchise as the villain of the final movie, he could be seen in another iconic ‘90s franchise as the Yellow Ranger in “Power Rangers Ninja Storm.”

After the ‘Zenon’ series, McMillan took a break from acting, but returned in 2011 for some roles in Australian productions like the popular series “Wonderland.” After that series ended, McMillan returned to a normal life. He currently holds down a job as a property sales manager in Sydney.

Thirloway totally broke the mold of classic Disney fathers by not crushing his daughter’s dreams, as is how most Disney movies begin. Before his role of Zenon’s goofy dad Mark Kar in the first installment of ‘Zenon,’ Greg Thirloway got his start acting on some classic shows of the ‘90s like “X Files” and “Matlock.”

By the sequel of the ‘Zenon’ series, Zenon had lost her parental guidance entirely. The actors who played her parents only appeared in the first installment of the series. But, Greg Thirloway has continued acting with roles on shows like “Modern Family” and “Medium.” He even returned to Disney Channel for an episode of the series “Jessie.”

Gwynyth Walsh played Astrid Kar, Zenon’s mom, in the first installment of the trilogy. Before that, she trained in theatre work and had dozens of acting roles dating back to the ‘80s, including roles in “Star Trek: The Last Generation” and “RoboCop.”

After ‘Zenon,’ Walsh continued to act steadily, with roles in many other TV movies and a successful voice acting career. She is best known for her roles in many installments of the “Star Trek” franchise, where she has played a handful of characters in both film and television iterations.

Storms got her start in acting just a few years before winning the role of Zenon when she was just 14 years old. She played the role through the third installment of the trilogy when she was 20 years old. She also had other classic Disney roles like her part in the movie “Johnny Tsunami” and as Bonnie Rockwaller in “Kim Possible.”

Since the end of her Disney days, Storms has been a regular cast member on several soap operas, including “Days of Our Lives” and “General Hospital,” where she has been appearing since 2005. She has described her experience on soap operas as “a dream come true.”