25 Subtle Details (And Mistakes) You Never Noticed on ‘Friends’ 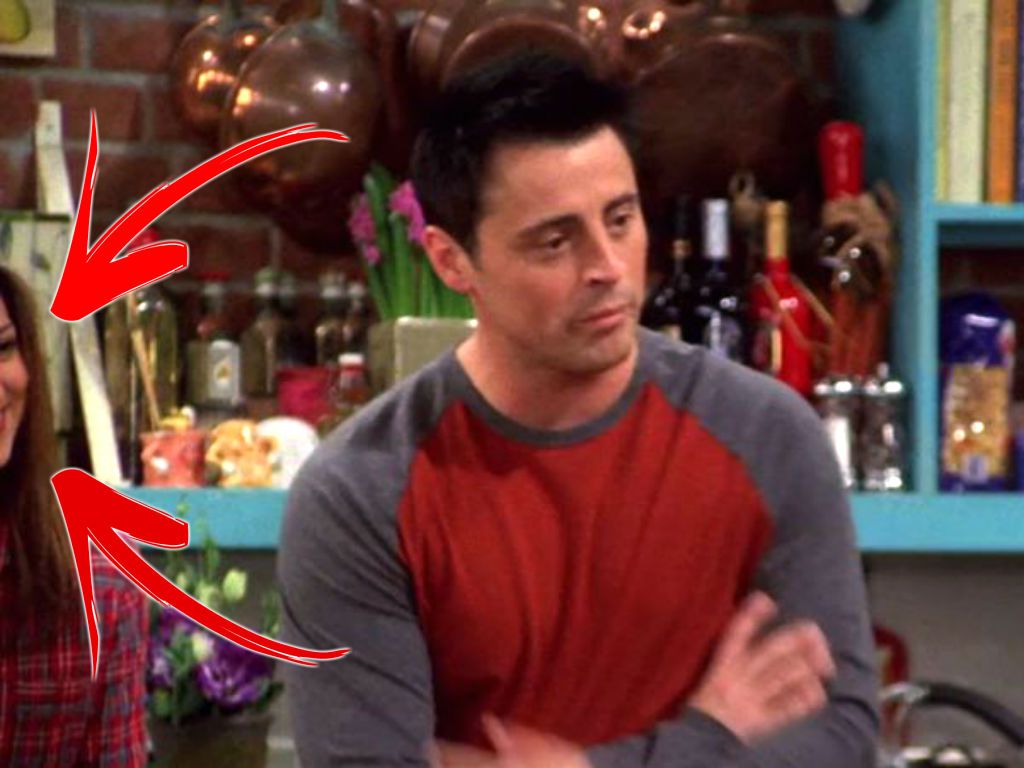 You may have seen every episode of “Friends” a dozen times, but you have probably never noticed these details hidden by the set decorators and snuck in by the writers. Although the show ended 13 years ago, since it has appeared on streaming services like Netflix, new details are still being found by viewers...

Have you ever wondered how a busy New York City coffee shop always had seats open for the gang? In many episodes, you can see a “Reserved” sign on the table in front of the legendary orange sofa for our favorite regulars. Maybe Gunther placed it there in the morning.

When the show first aired, Chandler and Joey live in Apartment 4 and Monica lived in Apartment 5. When it was established that their apartments were on an upper level floor in their building, writers realized that these numbers weren’t high enough. So, the apartment numbers were changed to 19 and 20.

In nearly every episode, a new drawing appears on the Magna Doodle in the boys’ apartment. Crew member Paul Swain was responsible for most of the drawings, but sometimes the cast members would keep themselves entertained between scenes by writing notes to each other on the board. When the series ended, Matt LeBlanc took the prop home with him.

Joey may not always be the brightest (he did think that there were 56 states), which became obvious when he forgot his PIN, so he asked Phoebe to go to the ATM near his apartment which he had scratched the number into. The number, 5639, holds special significance for him because when typed on a phone keypad, the numbers spell out Joey. How could he forget?

The Fourth Wall of the Apartment

In the episode “The One With the Secret Closet,” a rare camera angle shows the fourth wall of Monica’s apartment for the only time in the show’s run. Thank goodness Chandler went snooping around, so we could all get a full sense of the apartment everyone knows like the back of their hand.

Central Perk Had a Potato For Sale

But only this once. A set decorator once placed a potato in the cake display stand during a day of filming. Like the coffee cup in “Game of Thrones,” the potato made it all the way through the filming and editing of the episode and made it onto television before anyone took notice.

All Six of the Main Characters Kissed Except Monica and Phoebe

If you include “what if?” scenes, every set of the six main characters have kissed at some point, except Monica and Phoebe. Yes, even siblings Ross and Monica. It was revealed in an episode that what Ross thought was his first kiss with Rachel was actually with his sister.

Ross may know a lot about history as a paleontologist, but he can’t seem to remember when he was born. Ross mentions that he is 29 years old in seasons 3, 4 and 5, despite the fact that there are Thanksgiving and Christmas episodes in each of those seasons, proving that time is passing.

Monica Had a Swear Jar at Work

Monica has always been someone who needs to have things her way, so it shouldn’t come as a surprise that she acts a bit hostile while she is working as a chef, too. Her inflexibility when it comes to tidiness would be enough to fill that jar in a single night.

Rachel Forgot That She Had Met Chandler

In the pilot episode, when Rachel first comes to the coffee house after leaving her fiancé at the altar, Monica introduces her to Joey, Phoebe and Chandler. But, in a flashback later in the season we find out that Rachel and Chandler had definitely met long enough to remember each other.

On two separate occasions in the show’s run, Ross mentions his birthday to Joey. First, he claims that he was born in December. Years later, he says that he was born on October 18. The writers definitely should have made a note of that sort of thing.

Everyone saw the window over the sink in the corner of Monica’s apartment, but few people noticed that the scene behind the kitchen’s window was constantly changing. When the show premiered, there was usually a tree behind the window. The view soon changed to a brink wall and changed again to a sight of a far off building.

In the season four episode “The One with the Invitation,” Ross and Emily send out invitations to their wedding. Although Rachel’s surname is typically spelt without an extra e at the end, whoever wrote this letter didn’t seem to know that. Fans have agreed to blame Ross’s fiancé Emily for the mistake.

Joey Was Younger Than Rachel, Then Older

In the season four episode “The One Where They All Turn Thirty,” Rachel turns 30, giving the entire group the opportunity to reminisce on their 30th birthdays. But, according to a season one episode, Joey is the youngest. Is it possible that Joey is so absent minded that he forgot his own birthday?

The meeting of this friend group is arguably because of Barry, who Rachel is running from when she enters Central Perk in the pilot episode. Rachel left him at the altar because she just couldn’t handle becoming Mrs. Barry Finkle. But, when Barry is mentioned again later in the series, when a friend of Rachel’s is planning to marry him, he is called Barry Farber.

Everyone Had the Last Name Arquette

The Creators Have Cameos in the Show

“Friends” creators Marta Kauffman, Kevin Bright and David Crane made several cameo appearances during the show’s run. Sometimes they can be seen sitting behind the gang at tables in the coffee shop. Once, the three creators played producers in a film that Ross’s monkey Marcel was starring in.

After directing the film “Since You’ve Been Gone” in 1998, Schwimmer lent his directing chops to “Friends” in 10 episodes between seasons 6 and 10, which included some pivotal moments in Ross and Rachel’s relationship. He even directed two episodes of the short-lived “Friends” spin-off series “Joey.”

When Rachel tries to find an officiate for Chandler and Monica’s wedding, she finds a Greek Orthodox priest coming out of the Anastassakis/Papasifakis wedding. Anastassakis is Jennifer Aniston’s family name and was changed when her father, “Days of Our Lives” actor John Aniston, changed when he immigrated to the United States.

Acting must run in the family. Matthew Perry, who plays Chandler, may have inherited his acting chops from his father, who has a long career of acting in television, films and plays. He appeared on “Friends” as the father of Rachel’s client-turned-love interest Joshua.

All Six Characters Have Lived in Joey’s Apartment

In the last episode of the series, there is a memorable moment when the six main characters reminisce on their time in Monica’s apartment. They even mention that they have all lived there at one time. Perhaps the writers forgot that they had also all lived in the apartment across the hall as well!

In the season 7 episode "The One Where Chandler Doesn't Like Dogs,” Ross reveals that he hates ice cream. However, in the previous season, Ross and his love interest Elizabeth enjoy ice cream together on a date and he didn’t seem too disappointed by the experience.

There Was a Fake Rachel Behind Joey

When “Friends” was added to Netflix, a few surprises came with the series. Netflix uploads their shows in wide-screen, which is a larger aspect ratio than televisions had in the ‘90s. Viewers now see a wider angle of the show than was originally broadcast. That made the appearance of the actor’s stand-ins, who wouldn’t have been visible 20 years ago, glaringly obvious.

None of Phoebe’s Family Attended Her Wedding

Although Phoebe had an interesting extended family, none of them were present at her wedding. Not any of her relatives, including her twin sister Ursula, her father, her birth mother, her brother Frank Jr. or the triplets she gave birth to were in the episode.

Not Every Scene Had a Live Audience

Although there is a laugh track utilized in every episode of “Friends,” sometimes the laughs came from a live studio audience and sometimes they were added in later. Live audiences were never used for cliff-hanger endings, like Ross and Emily’s wedding. But the cast agreed that filming in front of an audience was always preferred because it elevated the energy on set.