The Worst Movie Musicals of All Time

Holly Adler
The Worst Movie Musicals of All Time September 11, 2019Leave a comment 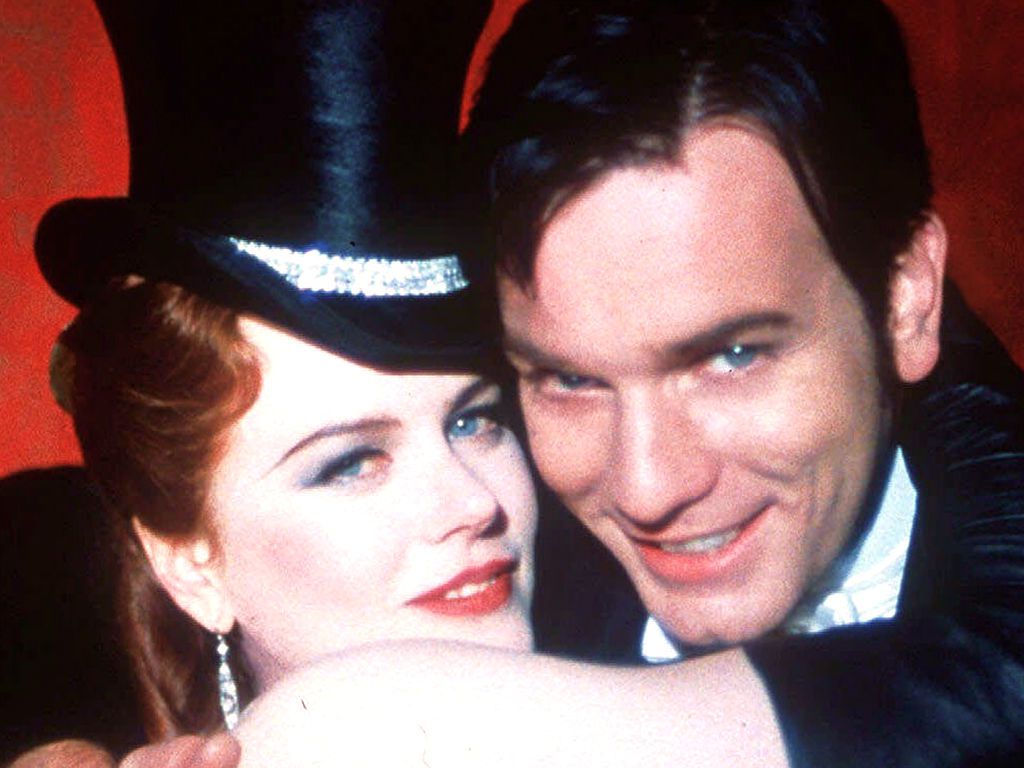 Movie musicals are a joyous escape from reality. Musicals allow us to enter into a world of fantasy where everyone breaks out into song and dance knowing all the lyrics and all the steps. Throughout the years in Hollywood, there have been musicals that have hindered our ability to enter into this fantasy realm. Whether it was a problem with casting, an actor's inability to sing, poor special effects, or all the above, we're going to take a look at all those musicals that would have been best left on the cutting room floor.

"La La Land" was nominated for several Oscars, but shouldn't have been nominated at all. The character of Mia falls flat, she's just there for show and lacks any sense of depth. The film focuses heavily on the development of Sebastian who is rude and snobbish. Let's not forget that the leading actors do not have singing or dancing backgrounds, which shows onscreen.

The problems with "Les Misérables" extend from the casting to the decisions to cut certain characters and songs. Example: Russell Crowe as Javert. Why do we keep casting non-singing actors in singing roles? Anne Hathaway takes about a year to sing "I Dreamed a Dream". And the pivotal character of Gavroche is almost fully omitted from the script.

Phantom of the Opera

The problem with the film version of "Phantom of the Opera" is the casting. Both Gerald Butler and Emmy Rossum can play the roles of Phantom and Christine, but they cannot sing the roles. Gerald used to be a in rock band which could be a good choice if he had the vocal range. Emmy is classically trained but her voice is not mature enough, had they waited a few years she would have been perfect.

Poultrygeist: Night of the Chicken Dead

"Poultrygeist" is one of the most disturbing, raunchy, and vile movies to have ever been made. The makeup of the undead is weird and poorly done. The songs written for the film are oddly placed with lyrics full of weird rhymes. "Poultrygeist" has copious amounts of violence, gore, and vomit that it becomes nauseating to watch after a few minutes.

"Xanadu" can only be described as a psychedelic disco nightmare with a lot of rollerskating. The film has a lot of choreography that clearly shows ensemble members not in sync. "Xanadu" has weird edits and special effects that completely take you out of the story. There's even a bizarre cameo of Gene Kelly as one last hope to save this film from being a flop.

"Grease 2" is the musical that no one asked for, that was made against our will. We can't even call this film a sequel as it does not pertain to "Grease". The songs like "Score Tonight" and "Reproduction" are mediocre at best, the costumes make the period confusing, and the chemistry between Stephanie and Michael, who are the lead characters, is nowhere to be found.

"Thoroughly Modern Millie" takes the word campy to the point where it just becomes painful to watch because it's so unrealistic. Songs like "The Tapioca" are unpleasant to listen to more than once, Carol Channing makes a strange entrance by yelling "Raspberries", and there's a Jewish-type of wedding that Millie sings at for no reason at all.

"Moulin Rouge" is a jukebox musical, so it features a lot of popular music. Songs serve a distinct purpose in a musical usually to showcase the true emotions of a character or to move the plot along. A majority of the songs in "Moulin Rouge" fail to do this. It's as if the songs were a second thought to the plot.

As time goes on, it only makes sense to modernize a musical. One thing that does not make sense is to change the styling of the music. "Annie" has typical Broadway-style music so to change it to hip-hop is jarring. It just doesn't work. And yet again, we are also casting actors like Cameron Diaz, who cannot sing, in singing roles.

"Godspell" is a strange show and to translate it to the screen is just unnecessary. It's a 1-hour 43-minute long acid trip with one too many songs. The film is difficult to watch as it is shot entirely in the glamour filter from the 1970's. The musical wants so much to be like "Hair" that it took the Gospel of Matthew and had a troupe of hippies tell the stories.

"The Last Five Years" is a beautiful stage show so the fact that its screen adaptation did not live up to the hype is disappointing. The main reason this film didn't work was because of Anna Kendrick. Now she has a Broadway background, but that was when she was a child. If Anna had kept up with her training, perhaps she'd sound less nasally and this movie would have worked.

"Funny Lady" tries desperately to recreate the magic of "Funny Girl" and fails miserably. Most of the songs don't do Barbra, or Fanny Brice, justice. The only song that is a standout is "How Lucky Can You Get". Frankly, the film is quite difficult to follow, Fanny finds herself in love with different men, and the editing of the film does not help our ability to follow the plot.

As if we couldn't escape the other 3 versions of "Kismet", Hollywood just needed to make another. The movie has a talented cast who can actually sing, but the songs are boring. The only recognizable song is "Stranger in Paradise" which was later made popular by Tony Bennett. "Kismet" wanted to have the same appeal as "The Thief of Bagdad" but completely missed the mark.

Once again Hollywood decided to cast big named actors, who can't sing, instead of casting people with vocal talent. Instead of Julie Andrews as Guenevere, Vanessa Redgrave was cast. The songs were lowered to fit Vanessa's vocal range making them dry and uninspiring. And don't get us started on the fact that some of the best songs got cut from the film like "What Do The Simple Folk Do?".

"Mame" stars the amazingly talented Lucille Ball. Now Lucille may have justified her lack of singing abilities by saying Mame would be up all night drinking, partying, and smoking so her voice would reflect those behaviors. Let's face it, this is a musical. We've already heightened reality by having everyone sing and dance together, so everyone needs to be able to sing too.

The highlight of "Damn Yankees" is the dance number which features Bob Fosse and Gwen Verdon. Other than this scene, the movie is underwhelming. The dance numbers were choreographed as if they were going to put it on stage. Did someone forgot that there's much more that can be accomplished using a camera?

With "Kiss Me, Kate" being made in 1953, there were some crucial songs that were altered/cut. One such song is "Too Darn Hot". Originally sung by Paul, a black man, in the stage show, now sung by Lois, a white woman. This changes the entire purpose of the song. However, in the 50's it was easier to sexualize a white woman instead of a man of color.

The movie adaptation of "The Fantasticks" is exactly what people refer to when they say they don't like musicals. The plot isn't intriguing, the acting is mediocre, the songs are lifeless and there isn't much to justify bursting out into song and dance. Fortunately, this movie is easy to forget so we can just pretend it never happened.

Rosalind Russell was a force to be reckoned with both on stage and screen, but her strengths did not lie in her singing. The character of Rose has to have the vocal chops to match the likes of Ethel Merman, Bernadette Peters, and Patti LuPone. If the actress does not have the stage presence or the vocal range, it's going to be a flop; which is unfortunately the case here.

"The Singing Detective" shouldn't even be classified as a musical because no one is singing. All the songs are popular songs from the 1950's and the actors lip-sync to them. The film is strange, almost like a cross between Sherlock Holmes and a 1950's jukebox musical. It doesn't make much sense and the time jumps between fantasy and reality only add to the confusion.

Emma Watson is not a singer, but she can play the character of Belle. Unfortunately due to this, she got a lot of help from Auto-Tune which makes her singing sound robotic. The other problem with "Beauty and the Beast" is the terrifying CGI furniture objects. The musical is a fantasy; just have people look like objects, do not CGI a face on a teapot. It's just weird.

Once Upon A Mattress

The cast of "Once Upon A Mattress" is insanely talented with most of them being triple threats. So how did this film make our list? The constant use of green screens makes the sets unrealistic. As the characters are walking in and around the castle, they seem out of place. So much that it seems like they're walking around in a video game.

"Nine" is a huge waste of the talent that worked on this production. Though the actors do not have previous singing experience, everyone can hold their own from a vocal standpoint. The musical numbers, however, fall short. They are flashy and full of sparkle but there's no energy. It's watching people go through the motions and not fully commit to the choreography.

"South Pacific" is a fabulous Rodger and Hammerstein's stage production; if only we could say the same for the film. The movie uses colored filters so most of the scenes are either painfully bright or too dark. Mitzi Gaynor, who is an accomplished singer, actor, and dancer is not fit for the role of Nellie. She sings the songs too sweetly and needed to bring more of an edge.