Where Are They Now? The Cast of ‘Victorious’

Sarah LaPointe
Where Are They Now? The Cast of ‘Victorious’ September 12, 2019Leave a comment 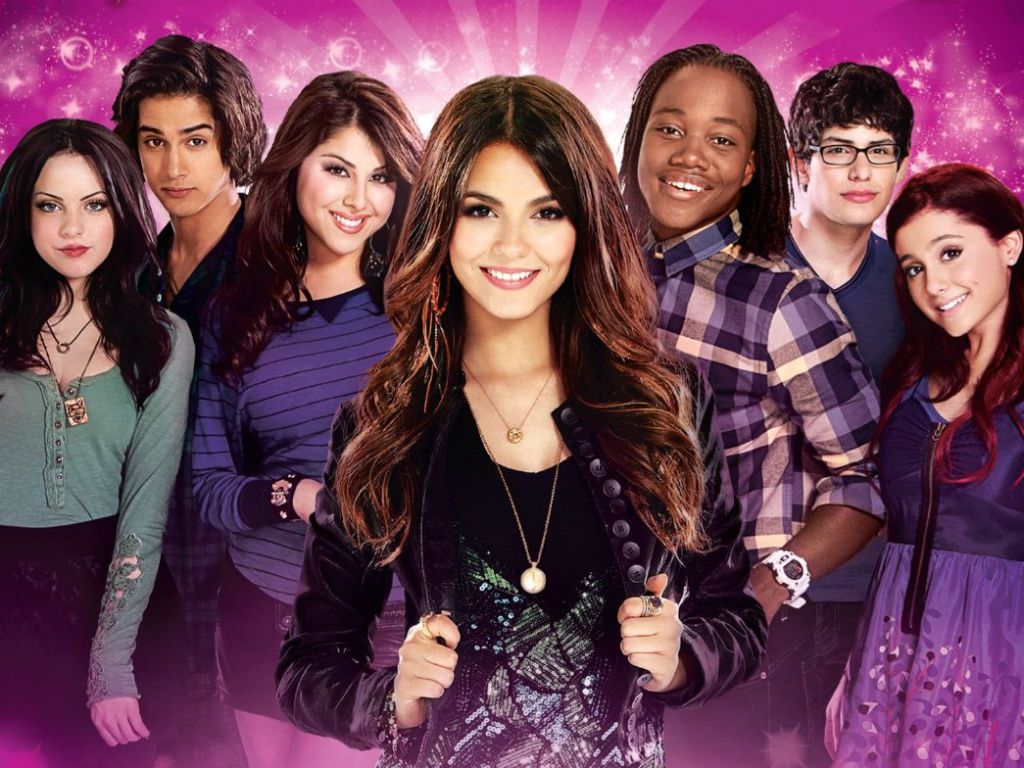 Airing on Nickelodeon from 2011 to 2013, "Victorious" followed aspiring singer Tori Vega on her journey to stardom while attending Hollywood Arts. Earning four Emmy nominations, the show went on to win the Favorite TV Show Award twice before being cancelled after its fourth season. For all the nostalgia-seekers out there wondering what the cast has been up to since then, don't "freak the freak out." We've got all the answers below!

As "pretty boy" Beck Oliver, Jogia was very aware of his affect on the opposite sex and loved to flirt despite triggering jealousy from girlfriend Jade. Many fans were quick to latch onto Beck and Tori's friendship which occasionally hinted the characters harbored secret crushes on each other. Before "Victorious," Jogia starred in "A Girl Like Me: The Gwen Araujo Story" and made appearances on "Aliens in America" and "Caprica."

Portaying Ulysses Zane on "Now Apocalypse," Jogia attempts to decipher whether his dark premonitions are a warning to prepare for the end of the world or a sign that he needs to lay off the weed. The actor also starred as Danny Desai on "Twisted," Roman Mercer on "Ghost Wars," and is set to make an appearance in "Zombieland 2: Double Tap."

An overall laid-back guy, Andre Harris, played by Leon Thomas III, was always willing to lend a hand and offer advice to his friends. Frequently collaborating with Tori, Harris was an extremely talented songwriter and keyboard player. Making brief appearances on various TV shows, Leon provided the voice of Tyrone in "The Backyardigans" from 2006-2009.

Since his time on "Victorious," Thomas has made apppearances on "Satisfaction" and "Insecure." Keeping to his musical strengths, he has collaborated with Wiz Khalifa, Post Malone and helped produce and write songs for Ariana Grande's album "Yours Truly."

Older sister of Tori, Trina Vega is thoroughly convinced she is destined to be a star despite her lack of talent. Much of the episodes showed her to be very self-centered though there were some moments where she displayed her protective side when it came to Tori's well-being. Monet had previously made appearances on "Zoey 101," "The Suite Life of Zack & Cody" and played Tootie in various live-action movies based on "The Fairly Odd Parents."

Since her days on Nickelodeon, Monet has starred as Tracy McFee in "See Dad Run" and Sam Saffe in "Baby Daddy." She also appeared as a cheerleader in Grande's "Thank U Next" video. She is currently a strong supporter of animal rights and posed for PETA ads in 2012 and 2013. She became engaged to boyfriend Andrew Gardner in 2017 and the couple announced they were expecting their first child on April 3rd, 2019.

Playing deeply awkward ventriloquist Robbie Shapiro, Matt Bennett was often accompanied by his overly confident puppet Rex who acted as his alter-ego. His character was the only one to have kissed all of the female main characters on the show and eventually developed a romantic connection with Cat. Before "Victorious," Bennett made an appearance in "Bridesmaids" and provided the voice of Superboy for "The Death and Return of Superman" in 2011.

After "Victorious," Bennett went on to star in "Me and Earl and The Dying Girl," "The Stanford Prison Experiment" and "Manson Family Vacation." He also made appearances on "Shameless," "The Big Bang Theory," "Fresh off the Boat" and "Grey's Anatomy." In 2018, he played Gavin Landers on "American Vandal" and appeared in Grande's music video for "Thank U Next."

Playing the delightfully bubbly Catarina "Cat" Valentine, Ariana Grande expressed her character wasn't the most liked among fans due to her overly sensitive and "ditzy" personality. Toward the end of the fourth season, she manages to win the affections of Robbie. Before her acting debut on Victorious, Grande made two uncredited appearances on "iCarly" and provided the voice for Princess Diaspro in "Winx Club: Enchantix."

Grande is now widely recognized as a Grammy-winning musician and was named Spotify's 2018 "Most-Streamed Female Artist." In 2012, she reprised her role as Princess Diaspro for "Winx Club: Beyond Believix" and returned as Cat Valentine for "Sam & Cat." She also starred as Chanel #2 in "Scream Queens" and played Penny in "Hairspray LIVE!" in 2016.

Playing the eccentric improv teacher Erwin Sikowitz, Eric Lange's character was unusual to say the least. Receiving "visions" from drinking coconut milk and starting each class by climbing through the window, Sikowitz was one of the most beloved teachers on "Victorious." Before his appearance on the show, Lange had roles on "The Bold and the Beautiful," "Lost" and "Weeds."

Since his time on "Victorious," Lange has continued to star in various television shows including playing Cameron / Steven Rae in "Cult", Bill Stechner in "Narcos" and Ron Engelman in "Waco." He is set to star as Detective Parker in the TLC drama series "Unbelievable."

Lane Napper played Hollywood Arts guidance counselor Lane Alexander. One of the character's most recognizable traits was his hatred for dry skin which manifested in his constant application of hand lotion. Before appearing on "Victorious," Napper had roles on "Zoey 101," "Drake & Josh" and "iCarly."

Napper has gone on to make appearances in "Kevin Can Wait" and "The Good Cop" and played Vernon in an episode of "Jessica Jones." He has also worked as a choreographer for "Game Shakers" and "Henry Danger."

Exhibiting classic stalker behavior, Sinjin Van Cleef harbors a major crush on Jade. The character, played by Michael Eric Reid, mostly worked behind the scenes as the audio and lighting technician and occasionally made props. Before appearing on "Victorious," Reid had minor roles on "Miss Guided," "Weeds," "Fame" and "Modern Family."

Reid hasn't been up to much since his time on "Victorious." He's appeared as Mickey in "The Funhouse Massacre" and Ditto in "Mamaboy." In 2018, he played W.P Frost in "The Black List" and Kevin in "Camp Cold Brook."

Another odd-ball at Hollywood Arts was Burf, played by Darsan Solomon. He's assumed to be close friends with Sinjin as they are often featured together in some episodes. Before his appearance on the show, Solomon's first role was as "Band Boy" on the show "Awkward."

After "Victorious," Solomon went on to play Dave on "Community" and Usher in "The Goldbergs." The actor also has a semi-active Youtube account (@DarsanUchila) that features performance videos from his time with Synapse Dance Theater and Twitter account (@Dizzyidiot) with "TBT" posts of him and various celebrities.

Featured in only a handful of episodes, Marco Aiello played Festus, the owner of The Grub Truck. As a lover of Spanish music, he made Tori and Jade sing "Forever Baby" in the episode "The Wood" when he gets injured. The actor's first role was as Herbert Mullen in an episode of "Criminal Minds."

Following "Victorious," the actor played Fitz in "Fragile World" and Pasquale Raso in "Land of Saints." He also appeared as Bruno Calcabrizio in "Inspector Coliandro" in 2016.

As the protective father of Tori and Trina, Jim Pirri played David Vega on "Victorious." The actor's credits include appearances on "Reasonable Doubts," "Valley of the Dolls," "Lois & Clark: The New Adventures of Superman," and "Shake It Up."

The television actor has continued his voice-acting career by lending his vocal talents to multiple "World of Warcraft" and "Final Fantasy" games as well as "Diablo III" and "The Amazing Spider-Man 2" video-games. He currently provides voices for the Netflix series "3Below: Tales of Arcadia."

Playing fiesty Jade West, Elizabeth Gillies' portrayed Beck's on-and-off girlfriend and Tori's frenemy. Despite her "mean girl" exterior, there were moments when Jade revealed herself to be insecure and very sensitive, especially during her break-up with Beck. Gillies made a brief appearance on "Big Time Rush" in 2011 as Heather Fox and provided the voice of Daphne in "Winx Club: Enchantix."

In 2012, Gillies reprised her role as Daphne for "Winx Club: Beyond Believix" and appeared as Jade in an episode of "Sam & Cat" in 2014. She also starred as Gigi alongside Denis Leary in "Sex & Drugs & Rock & Roll" and currently plays Fallon Carrington in 2019 reboot of "Dynasty." She also appeared in Ariana Grande's "Thank U Next" music video.

Victoria Justice played main character Tori Vega on the hit Nickelodeon show. Transferring from her old high school to Hollywood Arts, Tori enters the world of drama and dance when she befriends other aspiring performance artists. Before becoming the star of her own show, Justice had made appearances on "The Suite Life of Zack & Cody," "Zoey 101," and "iCarly."

After the show ended in 2013, Justice starred as Lindy Sampson on "Eye Candy" and Amanda on "Undateable" in 2015. In the TV movie adaptation of "The Rocky Horror Picture Show," she played Janet Weiss alongside Laverne Cox, Adam Lambert and boyfriend Reeve Carney. Outside of television and film, the actress is also a regular attendant of New York Fashion Week.