Sophie Dunne
This Explains Why Prince Harry Is Stepping Away From The Royal Family February 6, 2020Leave a comment 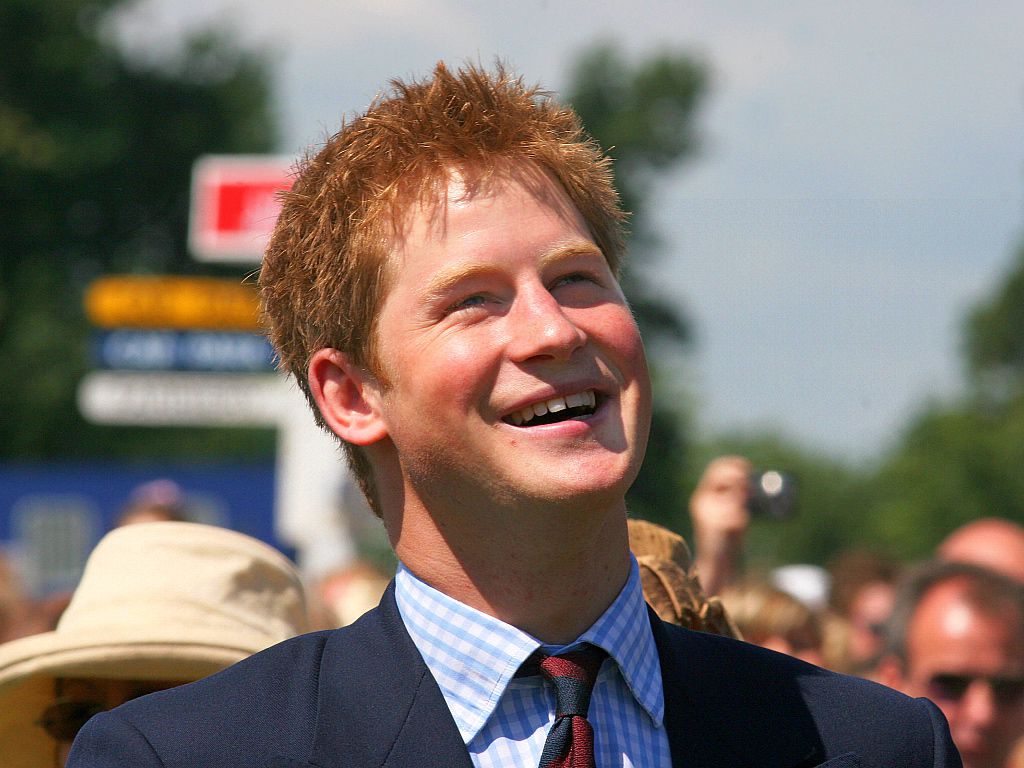 There have been thousands of articles written about the British Prince since he was born in 1984. The media has been obsessed with his every move, from his charitable work to his dating life and in recent weeks the world has seen a flood of tabloids since he and his wife, Meghan Markle decided to leave the royal family. So, even if you think you know all there is to know about the Royal Family, some of these facts will still astound you, or get you up to speed on what all the hype is about!

Harry Is Not His Real Name

Prince Harry was actually born Prince Henry Charles Albert David Mountbatten-Windsor. Quite a mouthful, right? His parents, Prince Charles and the late Princess Diana decided to nickname him Harry for short, and it certainly stuck.

He Is His Uncle's Double

Prince Harry definitely gets his looks from his mother's side of the family. Harry's uncle, Charles Spencer, shares the same fair features as the Prince, with golden eyebrows and that distinctive red hair.

In the past, it was rumored that Prince Harry used his well known nickname "Spike Wells" to set up a Facebook account. It is believed his close friends and protection officers at Scotland Yard refer to him by this name, as a way to conceal his identity from the media.

Princess Diana Had Her Own Nickname for Him

It is reported that Harry's mother, Princess Diana had her own personal nickname for her son. She called him "Little Spencer" because of his red hair. Princess Diana's siblings all had red hair and her nickname was certainly an homage to her family, the Spencers.

He Was Involved in a Cheating Scandal at School

While attending Eton College, the esteemed boarding school for boys, (which is notable for being the sixth most expensive boarding school in the UK) the young Prince faced a trial whereby he was accused of getting someone to write part of his A-Levels for him. Eventually, after an extensive investigation, Prince Harry was found innocent.

He is a Talented Artist

Since academia was not his strong suit; Harry's father, Prince Charles, got him interested in painting because he was an avid artist himself. Prince Harry is said to be talented with a paint brush in his hand and he still enjoys this hobby today.

His Best Friend Died When He Was 18-Years-Old

After the death of his mother when he was just 12-years-old, Prince Harry dealt with another devastating loss when he was 18. His best friend from prep school, Henry van Straubenzee, was killed in a car crash just before Christmas in 2002.

His Phone Was Hacked by the Media

In 2019, Prince Harry sued newspapers the Sun and the Daily Mirror for intercepting voice messages from his phone. The lawsuit came after years of phone-hacking by British media outlets on members of the royal family. Among the victims were Prince William, Kate Middleton, Prince Harry and Meghan Markle. Between settlements and legal costs, both newspapers paid a staggering £500m to the victims.

He's Made the Front Pages for His Scandalous Behavior

In 2002, Harry admitted to heavy drinking and marijuana use when he was 16, which prompted his father, Prince Charles, to send him to a drug rehab center for a day. In 2005, the Prince was photographed wearing a Nazi uniform to a costume party, which he apologized for a few days later. In 2012, TMZ published photos of a nude Prince Harry running around in a hotel suite in Las Vegas.

He Was a Soldier in Afghanistan

In 2007, Prince Harry was stationed in Afghanistan for ten weeks but was removed after an Australian magazine revealed he was in active combat there. In 2010, he returned to Afghanistan for a 20-week deployment with the Army Air Corps.

He Did His Military Training in the United States

In 2011, Prince Harry completed his military training in the dusty deserts of California and Arizona. The desert conditions were the perfect place for him to train how to fly Apache helicopters, as these locations mirrored the conditions in Afghanistan.

He Is an Award-Winning Pilot

While training to fly Apache helicopters, Prince Harry won an award for the best co-pilot/gunner. It is reported that Harry's military trainers considered him an "instinctive flyer."

He Founded the Invictus Games

Prince Harry was inspired after attending the Warrior Games in Colorado Springs in 2013 to create the Invictus Games. These games are a multi-sporting event in which injured, wounded or ill armed services personnel compete in a variety of different sports.

He Has a Close Bond With Kate Middleton

Prince Harry has referred to Kate Middleton as "the sister I never had." The pair have known each other for twenty years and have always had a sibling bond. Prince Harry even shared Kensington Palace with his brother and Kate and it is believed that Harry would often visit his brother and sister-in-law's section of the palace for Kate's home cooked dinner.

He Hiked to the North Pole for Charity

In 2013, Prince Harry joined wounded service personnel for four days on a trek through freezing temperatures to the North Pole to raise money for the charity, Walking with the Wounded. They reached the Pole on Friday, the 13th of December but it was anything but an unlucky day for the team of adventurers who celebrated at the top.

Although Kate Middleton wears Princess Diana's engagement ring today, it was originally inherited by Prince Harry. After their mother's death, Prince William and Harry were given the opportunity to keep one piece of her jewelry. Harry selected Diana's engagement ring while William chose her Cartier watch. The brothers swapped jewelry when William wanted to propose to Kate with the famous sapphire ring.

He Has a Loving Relationship With Africa

Harry first fell in love with Africa in 1997 when he visited Botswana and South Africa along with his father, Prince Charles, and they met Nelson Mandela. Since then, he has worked with many organizations and charities for fighting AIDS and protecting vulnerable children. He was even involved in the project to translocate 500 endangered elephants to safer lands.

He Set Up a Charity for Vulnerable Young People in Africa

Following in his mother's footsteps, in 2006, Prince Harry set up a charity named Sentebale for orphaned children with HIV and AIDs and vulnerable young people in Lesotho, South Africa. His aim is to raise awareness of how to eradicate the shame and stigma attached to HIV and share how education of the virus can prevent it from spreading.

His Paycheck Comes From His Father

Things may have changed since Prince Harry and Meghan Markle's announcement to leave their royal duties, but before this, Harry was on his father's payroll. Both William and Harry's fortune is footed from Prince Charles' fundings, as well as Kate Middleton and Meghan Markle's expenses.

He Used to Be Britain's Most Eligible Bachelor

As a young bachelor, Prince Harry was constantly in the tabloids for his dating life. His exes include British actress, Cressida Bonas who he was set up with by his cousin Princess Eugenie. However, his most well known relationship before the "Suits" star, Meghan Markle was with Zimbabwean lawyer, Chelsy Davy. Davy and the Prince dated on-and-off for seven years but called it quits in 2011.

He Met Meghan Markle on a Blind Date

The pair met when a mutual friend set them up and although they had certainly heard of one another, they were complete strangers. Markle confesses to not having any preconceived idea of who he was and just wanted to know from her friend, "Well is he nice? 'Cause if he wasn't kind, it just didn’t seem like it would make sense."

He Brought Meghan Markle on a Private Museum Tour

Night at the museum! When the couple were dating, Prince Harry brought Meghan Markle on a private tour of the Natural History Museum in London. It is reported that Harry has a passion for learning about dinosaurs, so after the museum closed to the public, the pair had the whole building to themselves.

He Is a Competitive Polo Player

When you think polo, you probably think, "a rich people sport" and you'd be right! The Windsor men have always been active polo players and Prince Harry has certainly been in the spotlight for it, playing professionally for England against Australia when he was younger.

He Designed His Own Coat of Arms

When he turned 18-years-old, Queen Elizabeth II gave Prince Harry his own coat of arms and he even had his hand in the design of his crest. Since his marriage to Meghan Markle in 2018, his wife's coat of arms has been incorporated next to Harry's. Markle's coat of arms reflects her California background with a shield containing the color blue to represent the Pacific Ocean and golden rays to symbolize sunshine.

He Is Open About His Mental Health

In a campaign to raise awareness of mental health, Prince Harry admitted to years of panic attacks and rage, revealing that his life was in "total chaos" for two years. He spoke candidly about the years of pain and managing his life and mental health while coping with the early death of his mother, disclosing that he has needed therapy during those times.