Every Version of Batman Ranked From Worst to Best

Matthew Loffhagen
Every Version of Batman Ranked From Worst to Best August 19, 2019Leave a comment 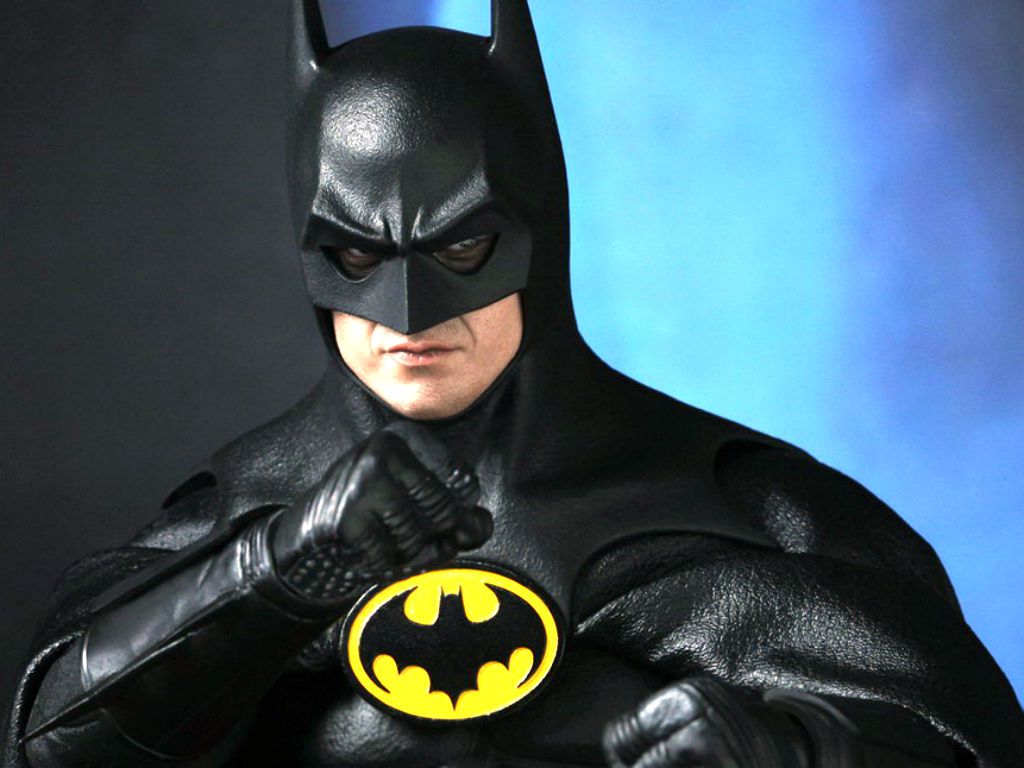 The Caped Crusader comes in many forms, shapes and sizes. Since his debut in "Detective Comics #27" in 1939, Batman has been reimagined countless times. Here's a breakdown of every major version of the Dark Knight, ranked from best to worst.

Frank Miller's dark, gritty take on an elderly Batman in "The Dark Knight Returns" is one of the most influential comic stories of all time. Alas, this grimdark version of the character has, ironically, not aged well, especially as its creator has seemingly descended into accidental self-parody by lacking all self-awareness whatsoever when writing Batman stories.

'Scooby-Doo! & Batman: The Brave and the Bold'

Back in their respective heydays during the '60s, Batman teamed up with the Scooby gang for several made-for-TV movies. These are fun, breezy affairs that were never intended to be overalanalyzed by internet commenters, so it'd be harsh to pick them apart too much.

Rumor has it that every time someone comes up to George Clooney on the street and mentions "Batman and Robin," he gives them $10 as a way to try and make amends for tricking them into watching a bad movie. Audiences are finally softening to the idea of a more colorful, wacky Batman, but at the time Clooney's Bruce Wayne was seen as heresy.

In the '90s, trapped on the "Dark Knight Returns" train and attempting to make Batman ever darker, some bright spark at DC had the idea of replacing Bruce Wayne with a new, cooler Batman. The resulting character, Azrael, is almost universally reviled.

'Injustice: Gods Among Us'

'Injustice: Gods Among Us' is very much a Superman show, all about the Man of Steel losing his moral compass. While Batman is a prominent figure within the game, he's not exactly the most interesting character among a roster of reimagined DC superheroes and villains.

What if Batman was a mouse? The golden age of comic books was incredible, and it's a shame this version of Batman doesn't get as much fan love as Peter Porker, the Amazing Spider-Ham.

Doomed video game developer Telltale was already falling apart when work commenced on their take on Batman. The resulting adventure game is fun in its own right, but it doesn't measure up to the studio's more prominent work adapting "The Walking Dead" comics series.

For a while in the '00s, Bruce Wayne died (because all comic book characters have to die once in a while). The original Robin, Dick Grayson, took over in his mentor's absence, and the result is a Batman who doesn't have quite as big a stick up his butt. It's refreshing.

Batfleck (the Batman played by Ben Affleck) could have been the definitive movie version of this character. Affleck was good in the role, but it was clear from very early on that he didn't see eye to eye with director Zack Snyder, nor with overenthusiastic fans. Ultimately, Batfleck failed to live up to anyone's expectations.

What if Batman was a criminal with a weird fixation on owls? This alternate universe take on Bruce Wayne ended up becoming a bigger part of the character's mythos than anyone expected when he was first created.

Batman is never all that interesting in video games - likely because he plays the audience point-of-view character amid a sea of weird and wonderful villains. The draw in the "Arkham" games, starting with "Batman: Arkham Asylum," isn't to pick apart Batman's psychology - instead, the fun comes from the twisted world around him, making the Caped Crusader a little flat by comparison.

It was never the original plan for The CW's "Gotham" to focus on a young Batman, as the show was instead built around detective Jim Gordon. David Mazouz, who was cast as baby Bruce Wayne, ended up being so charismatic that a lot of the show was reworked to give him a bigger role as time went on.

We're still several years away from Matt Reeves' Batman movie, which will star Robert Pattinson (already known as Robert Battisonson to fans). This hasn't stopped artists like Jaxson Derr from mocking up what Battinson might look like when he does reach movie screens.

Okay, this one takes some explanation: in Britain, there's a long-running sitcom about a pair of cockney brothers named Del Boy and Rodney. In the show's original finale, the pair dress up as Batman and Robin, foil a mugging by accident, and end up crashing a funeral (because British humor is dark). This image is baked into the British psyche, to the point that it was even referenced in the closing ceremony for the London 2012 Summer Olympics.

What if Batman was also Wolverine? Marvel and DC were once legally able to make crossovers from time to time, and the result, published under the newly minted Amalgam Comics banner, was Dark Claw, a hybrid of the Caped Crusader and the most poular X-Man.

Val Kilmer's Batman is fine. He's not terrible, but he's not incredible either. He is simply a middle-of-the-road, standard Batman who is ultimately also the most forgettable version of the character that we've ever had on screen.

The Batman Who Laughs

What if Batman was also the Joker? The Batman Who Laughs is the result of the Caped Crusader taking a face full of Joker toxin which drives him insane. There should be more to the story than that, but nothing else really matters, as this character was only ever designed for shock value.

'How it Should Have Ended'

Batman parodies are a dime a dozen, but one which stands out is the version of the Dark Knight that appears in the How it Should Have Ended animated shorts. In this series, Batman is insecure and desperate to reveal his secret identity as a flirting technique. Why? Because he's Batman!

What if Batman was in the future? "Batman Beyond" had the challenge of following on from "Batman: The Animated Series" as the next Saturday morning cartoon starring a version of the Caped Crusader. The result is surprisingly good, and has endured within the Batman fandom for over twenty years.

What if Batman was Batman's dad? Yes, these "what if?" alternate versions of Batman do get very silly, but the Thomas Wayne Batman, who exists in a universe where Bruce was killed in Crime Alley instead of his parents, remains a fan favorite. It's just a shame we never got to see Jeffrey Dean Morgan playing this version of Batman in the DCEU.

One of, if not the enduring iconic Batman actors, Kevin Conroy has voiced The Dark Knight across various cartoons and video games ever since the widely acclaimed "Batman: The Animated Series."

The brainchild of "Hellboy" creator Mike Mignola, "Gotham by Gaslight" is a steampunk-esque Victorian era reimagining of the Batman mythos. Considering the Caped Crusader's fondness for theatricality in dark alleyways, this version works incredibly well.

Lego Batman the perfect satire of the entire Batman series. Cocky, narcissistic and emotionally fragile, Will Arnett's version of this character is the perfect antidote to the many, many grumpy and grimdark Batmen we've had over the past few decades. If you haven't seen "The Lego Movie Part 2," it's well worth checking out the "Gotham City Guys" musical number, because it's incredible.

You just can't beat a good bit of Michael Keaton. The original live-action movie Batman, Keaton manages to really humanize the character of Bruce Wayne while perfectly portraying his slightly unhinged alter ego. Plus he manages all of this without being able to turn his head to the side.

Christian Bale has the advantage of playing Batman in the most popular movies to feature the character. Christopher Nolan crafts a logical, grounded Gotham, and Bale provides a version of Bruce Wayne that feels completely logical within this world. He's (almost) the perfect live-action Batman.

At the end of the day, no Batman is better than Adam West. Capable of being both serious and silly within the same scene, West's emotional range is surpassed only by his excellent comedic timing. West's Batman is inspiring for children while also being hilarious for adults. It's possible that we'll never get a Batman with quite such a broad appeal.