Everyone on Dating Apps Is at Least 1 of These Types. Which Type Are You?

Alex Shea
Everyone on Dating Apps Is at Least 1 of These Types. Which Type Are You? August 21, 2019Leave a comment 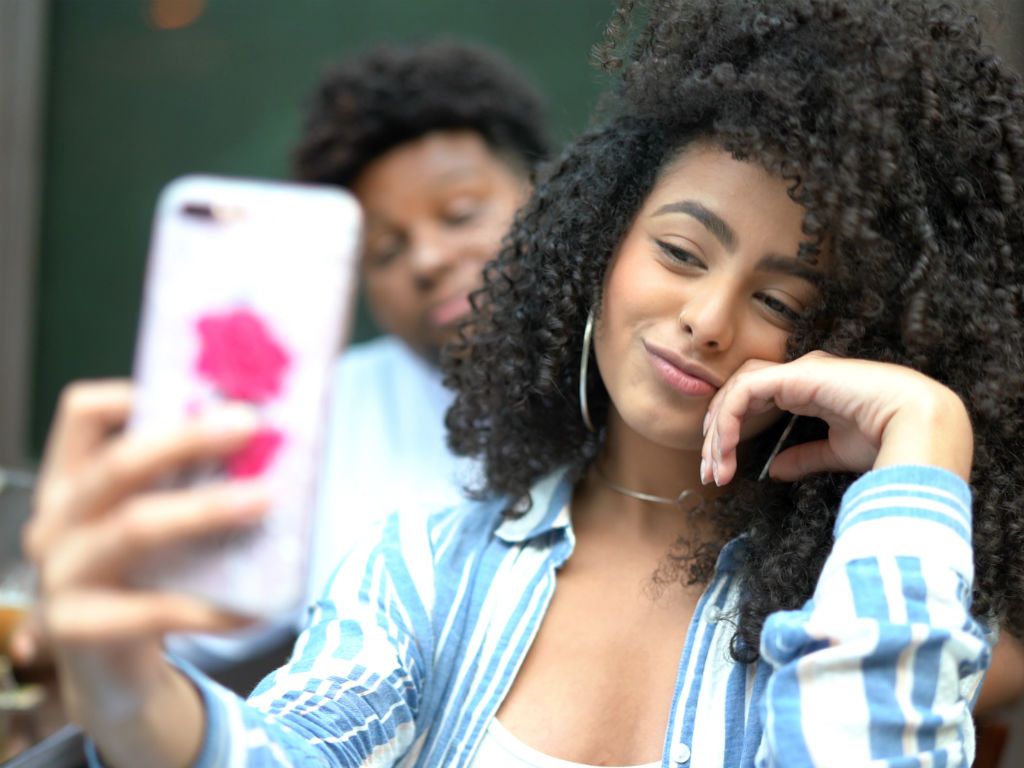 If you've ever used a dating app, you probably noticed patterns in the people you came across. Everyone, including you, belongs to at least one of these dating-app types. So read on to find out exactly how basic you really are...

Their pet is the love of their life. It's all in the photo-evidence, oh, and the bio. Four out of five photos are with their pup and their bio dives deeper into their life as a pup-parent. Of course, there are other animals and other types of pet-parents. Pup owners hold the gold medal for visibility, though.

The One on the Left

Cropping, scribbling, and using humongous emojis are their favorite things to do to a photo. They either can't find any solo-photos or they choose not to, resulting in various group photos with blocked-out faces. They've also been known to crank it up a notch and crop the entire person out of the photo, all while a simple "I'm the one on the left" would work all the same. This could be anyone, but you'll know them when you see them.

That kid in their photo is not their kid. Neither is that other kid in that other photo. They just really like taking advantage of photo-ops at family events. Then they arrange their profile to let you know they really love kids, but they are not fathers or mothers yet.

Recently, this group of people is all over the dating-app scene. Their bios contain personality quiz results, zodiac signs, or life-path numbers. There's something consuming about them, though. They're the people you want to know even if you know deep down you might not like them. But they can probably read your tarot cards or write a song about you and that counts for something.

This type of person is all about their fitness. Well, that's what they say. It's like an introduction into some risque photos. You know the ones, the shirtless ones. Their profile usually includes an odd ratio of shirts-on photos to shirts-off photos, shirtless being the majority. It's worth noting they probably really do care about their health, given they mention it 5 times in one bio-space, claiming to be a "fitness geek" or "outdoorsy." Maybe they're trying to tell us something…

Their photos are "candids" from all over the place. There are no selfies in sight because they love having other people capture their most adventurous moments, like standing next to that really pretty tree. They might or might not mention how busy they are or how they like to travel or how adventurous they are. But they have pics, so it happened.

Always a best man, never a groom. Maybe always a wedding attendee, but still never the groom. It's got to be some desirable trait we're all missing. Five photos of different weddings, some fun mid-dance ones and other typical group-of-gents ones. This is where they spend their free-time, so they probably mention they're in need of a wedding date.

Quite interesting, really, when The Couple pops up. They have a lot of work cut out for them, fitting two personalities into one profile. The clever couples always add what they're looking for in their profile rather than leaving it in the air. Other couples tend to spend too much bio-space hyping each other up and completely forget to add why their partner made them share a dating-app profile.

There's always a good way to tell who's new to the dating-app scene— selfies. Well, those really awkward selfies where they probably weren't sure how high to hold the phone or where to look. Their bios are either packed with talking points or nothing at all because, well, the selfies already took so much effort.

These people are fun. They know time is valuable, so they don't waste it on complete sentences. You can find them using bullet points, introductory hyphens, numbers, and sometimes descriptive emojis to start their thoughts. And the only thing ending their list of hobbies and favorites is the word-count.

Very bossy, these people. They set up their profiles so nicely and then hit you in the face with their bios. Only this type of dating-app persona has a certain criteria you have to meet before even thinking of talking to them. They literally say "don't swipe" insert some absurd condition like "if you don't eat red meat every Tuesday."

The Please Fund Me

Sure, there are designated markets for feet pictures. But the people in this group tend to use their dating-app bio as an additional revenue source. Most of the time their handle will be in their bio followed by an emoji, to make it like a joke. They're probably really cute, too. It's a shame they don't want the coffee from that coffee date.

The old one-liner. Maybe they deserve a little more credit, though. It can't be easy coming up with one sentence witty enough or funny enough or relatable enough to get some swipes. That being said, it's definitely an 80/20 thing where 80% are awful and only 20% are actual gems.

They will make sure you know. You have to know. Honestly, there's no other way to go about meeting people if nobody knows you're really good at sports. There are levels of this person, though. The most extreme level is the person who solely includes photos of them actively playing and only uses their bio to mention the position or team or era they played in.

On the opposite end of the spectrum from our one-liner is the Monologue Connoisseur. They're really excited about finding someone on the app, so they leave nothing to chance. Nothing. This person spells everything about them out in the allotted space. They'll even go so far as to explain why they're wearing shorts instead of pants in that picture of them in the snow.

The New in Town

This is a harmless group of people. They probably are new in town. The newness is the part that's relative. Most will lead with this newbie facade to lead them into their spiel about wanting a guide to show them around. More often than not, they enjoy being outside, eating food, and music— like anyone else.

The Life of the Party

They're all over all of the time. There are photos of them at bars, festivals, the beach— you name it. Plenty of selfies and candids of their memories. They want you to know they know how to have fun. Usually they ask for a drinking partner or someone to show them a good time, as if they don't already know how to do that.

In order to avoid sharing any real information, this person will use a TV show as a personality trait. This is for the "I watch The Office, so you know" type of person. No, nobody knows what that's supposed to mean or what you mean by including that cryptic bit of information in your bio.

Anyone who uses a dating-app as a way to accumulate followers on any social media platform is this type. There's nothing wrong with adding an Instagram handle or a Snapchat name somewhere in the mix. It's when that handle is lead with a "follow me" that things get murky and seems like maybe you're not really into dating at all. They're known to be looking for other creatives to work with or just, you know, to spike their follower-count.

If you travel and use your dating app, you might be this person. It's not a huge deal. They tend to update their bios often with where they are now and how long they'll be in town. Sure, that's considerate. Except for the whole giving everyone a time-limit to abide by. One person's efficiency is another person's anxiety.

The Short and Sweet

There are some dating-apps where this type can be found quite often. They ultimately mean well. There are plenty of photos to get an idea of how nice they are and their bio has just enough information to either hook you and make you cringe. The point is, they care just enough.

Going to college is a huge accomplishment and they don't let you forget it. Photos highlighting the class ring aren't unusual to find in this type of profile. There's usually a comma-splicing situation describing the history of their education going on in their bio. They are smart, proud, and have blocked out any evidence of their life that doesn't involve that degree, the natural order of things.

The Smoke and Mirrors

Usually a profile full of professionally-taken photos of them. They're typically incredibly attractive and it might seem like you're going to get catfished. All you need to do is ask for a photo of them fresh from a nap. That'll knock out any potential catfish.

Some Minimum Efforts are better than others. There are those whose profile includes one photo— ONE photo, and nothing else. Then there are those who might not have opted for the bio or the fun questions, but they post a plethora of photos. Thanks for that.

Everything in their profile seems decent enough and then, you spot the fish. The notorious photo of them holding a fish. Out of all the photos they had to choose from, they had to add this one. It's important for us to know they can reel things in. We see you.