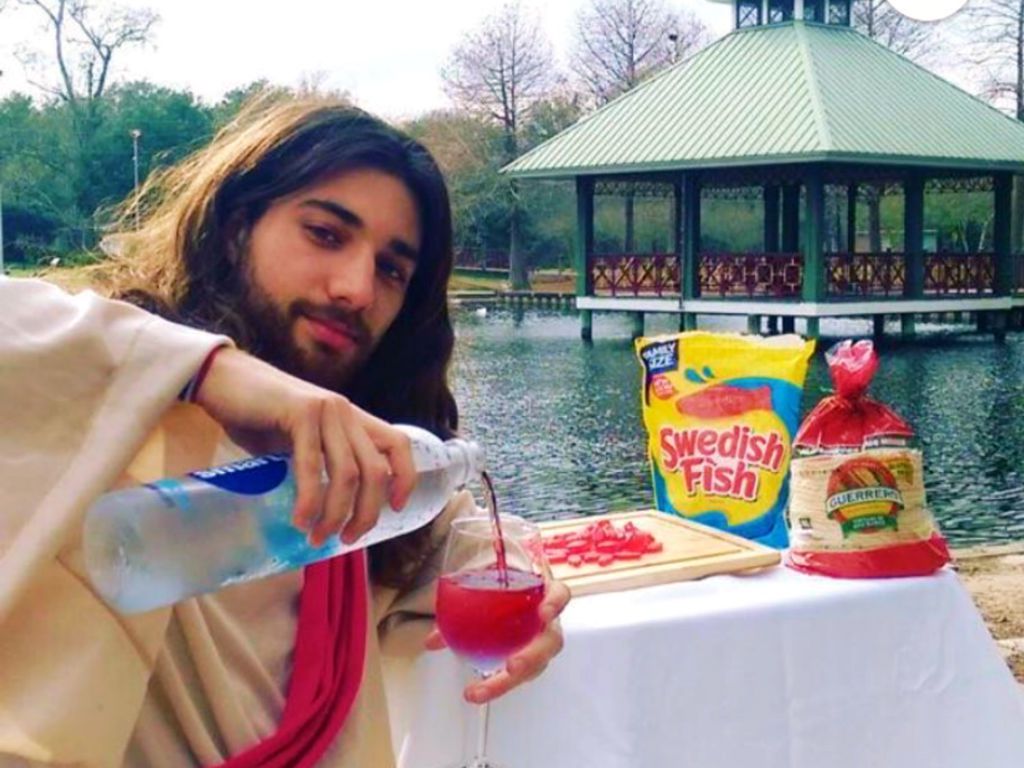 Finding love in the real world can be a bit difficult sometimes, which is why most people turn to dating apps. But to really stick out, these people created hilarious dating app bios that are so funny and insane that they undoubtedly scored a first, and maybe even a second date.

I mean, c' mon. Who wouldn't want to date this 21-year-old Jesus? He’s the freaking son of God. Plus, he turns water into wine, walks on water, and is able to resurrect himself. What more can you ask from a man?

Pete’s a momma’s boy, and if that wasn’t bad enough, he also has extra baggage, like his wife, which he’ll bring on the date. But hey, when was the last time a random Tinder dude's bio made you laugh this hard?

The best way to get people to notice your profile is by adding a little humor. Hopefully, no one swiped left before they got to the second paragraph.

How is hunky Matthew still single? If he puts as much effort on a date as he did on his hilarious bio, we guarantee he'll be off the market faster than you can count to three.

They say honesty is the best policy, but Brigid’s not afraid to get a little TMI. Even if her profile could be a bit intimidating to some dudes, we bet her incredible sense of humor got her far.

What a hilariously cerebral profile bio! If Sheldon and Amy ever break up, Layla would make a suitable replacement for him.

His Side Chick’s a Mannequin

James's other ride is made of plastic, so chances are you've got a shot if you're made of flesh. Let's face it! There's nothing sexier than a guy with a great sense of humor. He also gets extra brownie points for actually writing something on his bio other than his height.

Samantha’s a naughty girl. She wants you to do all sorts of romantic things like take care of her financially and pay her taxes. We bet whoever screenshotted her bio didn't have to think twice before swiping right.

It’s a good thing he’s assuring his potential conquests that he won’t off anyone he dates. He's obviously just trolling people, so even if he took things a bit far, we give him kudos for not being basic. That is, if he's actually joking, right?

Take Him to the Grave

Jesse’s biggest flaw is that he allowed Tinder users to remove the layers to reveal the person within. But alas, too much tapping cost him his life.

Don’t Give Her a Hard Time

Lana wants someone who isn’t intimidated by a workaholic, doesn’t mind a girl who downs too much pizza and knows how to eat a burrito. She's a total keeper.

He’s Not a Doormat

Mat’s dating bio is short but to the point. Just because he’s named after a doormat, it doesn’t mean you get to treat him like one. Who wouldn't right swipe the heck out of this profile?

Matthew’s letting you know right off the bat that you better lower your expectations before you go on a date with him or you’ll be disappointed. A straight-up shooter. Love it!

She Wants an Answer

If you’re into dating a brainy chick who ponders all these unnecessary questions in life, then answer her question on her profile bio. With a bio like that, you're guaranteed to laugh all the way to breakfast.

He Wants His Parents

Nicholas is playing it cool with a fake fireplace, a bottle of maple syrup and a banana. But all he really wants is to find his folks. Who wouldn't want to lend a helping hand?

Well, she tried. You have to give her points for giving her bio a unique twist. We're sure that killer whale fact didn’t kill her chances at scoring more dates than she can count.

She Likes It Rough

There’s nothing more appealing than a dating bio with of a woman who has one awesome sense of humor. Just don't make her laugh too hard or she'll crack another rib.

Hopefully, CS Major’s potential dates don’t become a Mission Impossible. Swipe right just in case or you might self-destruct along with this message.

She used her Bumble profile to answer an old question that has baffled scholars for centuries. Which came first? The chicken or the egg? Well, she found out the answer after a disappointing hookup but got plenty of material to write a hilarious bio.

Some Tinder bios are either hilarious or a major warning. In this case, it’s both. He's obviously joking, but hide your mom just in case.

He thinks he’s perfect with a side of awesome. And who could blame him when he’s got such great reviews?

If you’re into short-term commitments then Leah’s the right girl for you. She’s not long for this world, so she won’t get too clingy.

Playing Hard to Get

If you’re looking for a guy who likes to crank call businesses and isn’t interested in casual dating, then look no further. Jake could be your very own prince charming.

Oh, go on. Live a little. She’s an arms dealer with a killer personality and a face and body to match. We don't know about you, but we find her bio totally humerus.

Man for All Ages

Blaice’s dating bio appeals to two types of women—the ones over 30 and the ones under 30. So, he’s got all his bases covered. Smart move!

Is Brett making light of dating clichés on his bio? Or is she a lady who uploaded a profile photo of a dude by mistake? Either way, his bio left us with many questions. Time to swipe right and find out the answers!