Where Are They Now? The Cast of ‘Buffy the Vampire Slayer’

Sarah Knieser
Where Are They Now? The Cast of ‘Buffy the Vampire Slayer’ September 26, 2019Leave a comment 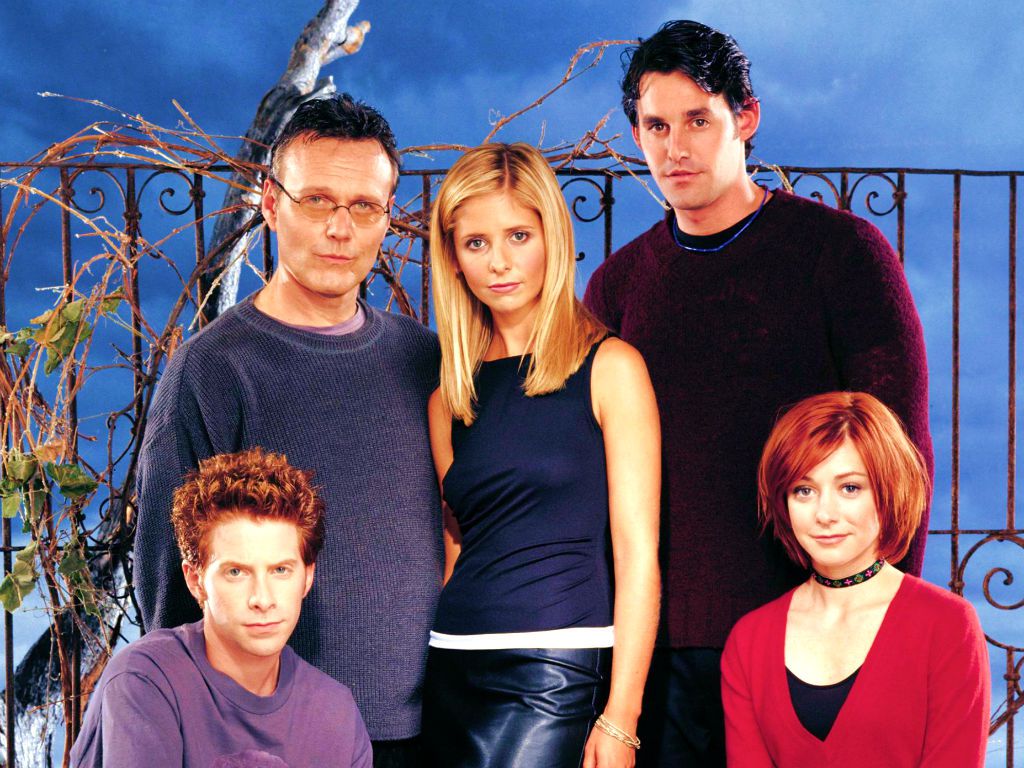 “Buffy the Vampire Slayer” was created by Joss Whedon over 20 years ago, but its upcoming revival series is tempting fans to revisit the world of Sunnydale High. Although the new series won’t be a reboot of the old characters, it will hopefully have the same wit and heart that made the original series a one of a kind success.

Nicholas Brendon landed the role of Xander just three months after signing with his agent when he started acting professionally. His character is memorable for not having any super powers and being one of the human members of the Scooby gang. His twin brother, Kelly, was hired as his stand-in during the run of the show and even appeared in the background of some episodes as Xander.

Since the end of the “Buffy” series, Brendon has had a few major run-ins with the law. He has been arrested a handful of times for crimes such as vandalism, assault and battery. In 2015, he appeared on the “Dr. Phil Show” to discuss his recent behavior and walked off set in the middle of the interview.

English actor Anthony Head was already a well established actor by the time “Buffy” began in 1997. He was also an established musician and when he played the role of Frank N. Furter in “The Rocky Horror Show” in London in 1990, his rendition of “Sweet Transvestite” was released as a single on vinyl.

Anthony Head has worked steadily since the end of the series, with appearances on shows like “Drunk History,” Shonda Rhimes’ “Still Star-Crossed” and Syfy’s “Dominion.” In 2017, he wasn’t part of the cast’s reunion for Entertainment Weekly, but not for lack of trying! He was already booked on the set of another project.

When Marsters’ character Spike was introduced on the show in season three, he was intended to be killed off by Angel early on. But, when fans began to like Spike, his role was given a more permanent place in the cast. Sadly, dying James Marsters’ hair that signature blonde regularly caused the actor a lot of pain and permanent damage to his scalp.

James Marsters currently has a role that cements his place in another strong fandom: Marvel. Marsters currently appears as Victor Stein on Marvel’s “Runaways” Hulu series and received Stan Lee’s praise for his role while the show was in production. Marsters has also found a career narrating audiobooks for primarily supernatural themed novels.

Thanks to her blunt sarcasm, Anya the demon-turned-capitalist was one of the greatest characters on “Buffy.” Although her character was originally supposed to only be in one episode, Anya’s death took many people by surprise and the lack of reaction to her demise was so disappointing that Emma Caulfield took it upon herself to write a proper eulogy for Anya as part of Entertainment Weekly’s “Buffy” reunion in 2017.

Emma Caulfield has had a successful career in episodic television since leaving “Buffy.” Her appearance as the blind witch in the Hansel and Gretel storyline of “Once Upon a Time” was met with critical acclaim. And in 2016, she became a mother, welcoming a baby girl with husband Mark Leslie Ford.

After establishing himself as Buffy’s love interest Angel, Boreanaz left the show in the third season for its spinoff “Angel,” centered around his character’s fight against evil at a detective agency in Los Angeles. The show was just as successful as its predecessor, running for over 100 episodes in five seasons.

After the end of “Angel,” Boreanaz struck TV gold once again with his role as FBI Special Agent Seeley Booth on “Bones,” which ran for 12 years. And how does he feel about coming back for a “Buffy” reunion? Speaking to Parade magazine, Boreanaz said, “No, never; that’s done, see ya, next.” So, I guess we can’t count him in.

Charisma Carpenter played Cordelia Chase, Sunnydale High’s sassy cheerleader turned vampire slayer, mirroring her own career as a San Diego Charger cheerleader. After the third season of “Buffy,” Carpenter’s character Cordelia moved to Los Angeles for the spin-off series “Angel,” where she loses her shallow personality and matures into a crime fighting hero.

After the end of “Angel,” Carpenter proved herself as the queen of genre series, with roles on other fantasy shows like “Supernatural,” “Veronica Mars” and “Lucifer.” Recently, she appeared as Ariana Grande’s character Chanel’s mother on “Scream Queens.” She has also had a role in “The Expendables” film series as Lacy.

Introduced out of nowhere in season five as Buffy’s younger sister, Dawn, Michelle Trachtenberg played the mystical energy known as “the key,” a force that transformed into human form to hide from a demon. Fans still aren’t over the fact that Buffy died in her place, so she is often placed far down on the list of fan favorite characters.

After Buffy, Michelle Trachtenberg hit her stride and starred in a slew of movies like “Ice Princess” and “17 Again” and she had a successful run on “Gossip Girl” as manipulative young socialite Georgina Sparks. Today she continues to act, but she can be seen more frequently on social media like Instagram where she often posts behind-the-scenes throwback photos of her old roles.

Danny Strong started out as a bit part actor who was constantly typecast as a nerd in shows like “Saved by the Bell: The New Class” and the “Clueless” television series. Strong has admitted that he would be open to appearing in a reboot of “Buffy” saying, “I would appear on it as Jonathan if they wanted Jonathan. I don’t think he made it though, so it might be tricky.”

Strong continued to act after the series wrapped, with a memorable guest role on “Gilmore Girls,” but what he is most known for now is screenwriting. He has come a long way, winning two Emmys for writing and producing the HBO film “Game Change.” With his writing partner Lee Daniels, he also wrote the screenplay for “The Butler” and co-created the Fox series “Empire.”

Seth Green was already a recognizable face by the time he won the role of Oz on “Buffy the Vampire Slayer.” One of his early roles was in the film “My Stepmother Is an Alien” which he appeared in alongside his soon to be “Buffy” love interest Alyson Hannigan.

Green has proved himself as a pop culture powerhouse with experience in most entertainment fields. He has voiced Chris Griffin on “Family Guy” since its premiere, he co-created the stop-motion sketch-comedy series “Robot Chicken,” which has won five Emmys in its run, and he continues to make live action television appearances on the regular.

Amber Benson played Tara Maclay, who is most remembered for her same-sex relationship with the character Willow, and her love-struck serenade of “Under Your Spell.” Benson is still prideful of her chance to bring that storyline to life saying, “Tara is probably the thing I am most proud of as an actor.”

Benson’s acting days are mostly behind her, and she now spends her time directing and writing. Her writing often focuses on strong female characters, and she has admitted that some of that inspiration came from her past on “Buffy.” Her work includes young adult novels like “The Witches of Echo Park” and a comic book based on the film “Clueless.”

Sutherland played Joyce, Buffy’s kind-hearted single mother who at first has no idea of her daughter’s double life as a vampire slayer. As the show goes on, she learns of her daughter’s powers and the two ultimately grow closer after a tumultuous falling out.

After her departure from the show, Sutherland took a break from acting to open a photography studio which specializes in portraits. She later returned to acting in 2008 and sometimes acts alongside her husband, John Pankow in films such as the upcoming “Before/During/After.”

After spending her childhood in front of the camera doing mainly commercial work, Hannigan found widespread success in both American Pie and Buffy the Vampire Slayer in the late 90’s. Her “Buffy” character, Willow was one-half of the longest-running lesbian relationship on network television at the time, making her time on the show truly groundbreaking.

Hannigan broke the ‘Buffy’ curse and found success on the long running sitcom “How I Met Your Mother” where she played Lily Aldrin for nine seasons. Since the ending of that show, she started hosting the reality show “Penn & Teller: Fool Us” and stared as Kim Possible’s mother in Disney Channel’s live-action “Kim Possible” remake. She also married her ‘Buffy’ co-star Alexis Denisof with whom she raises their two daughters.

Before landing on the show, Sarah Michelle Gellar had already won an Emmy Award at age 18 for her acting and the casting directors at “Buffy” saw her talent immediately. She originally auditioned for the role of Cordelia Chase, but show runner Joss Whedon thought her talents would be better suited for Buffy.

Sarah Michelle Gellar played the titular hero for seven seasons of “Buffy the Vampire Slayer” and some people consider her to be cursed because she has failed to achieve that level of success again. But in the years following the show she has appeared on many shows, including the finale of “The Big Bang Theory” and she also won a People’s Choice Award for her role on the sitcom she starred in alongside Robin Williams, “The Crazy Ones.”