What Made the Aztecs Such Legendary People

Matthew Loffhagen
What Made the Aztecs Such Legendary People September 26, 2019Leave a comment 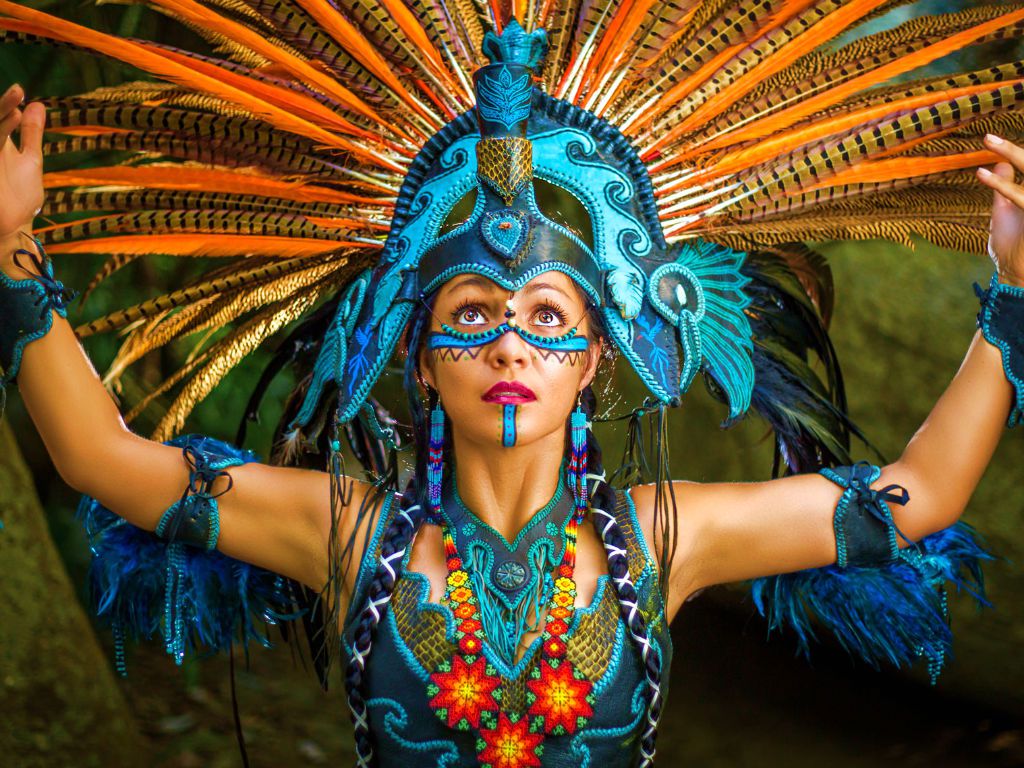 The Aztecs were a Central American society of people who existed from 1300 to 1521, when they were decimated by the arrival of European settlers. Today they’re one of the most widely remembered of the Native American communities, in large part because of their impressive artwork and rich culture. So what made the Aztecs so legendary?

They Were Great Records Keepers

First things first, the Aztecs are remembered because we have a lot of writing from them. They wrote in pictograms, much like Egyptian hieroglyphs, and kept detailed records of much of their history. Thanks to this, we know a lot more about the Aztecs than about many other Native American people.

They Had Compulsory School

The Aztecs had a Large Empire

One of the reasons why the Aztecs are so well remembered is because they conquered a large area of Mesoamerica. The Aztecs were renowned for their strong military, and conquered many neighboring people and tribes, helping to grow their influence in the area.

The Aztecs Focused on Capture Rather Than Murder

For much of their history, the Aztecs preferred not to murder their opponents on the battlefield. Instead, they would try to take them alive so they could be used for human sacrifice, which in practice doesn’t feel all that different to death during warfare.

They Were Master Builders

The Aztec capital, Tenochtitlan, was an incredible achievement in engineering. When Spanish conquistadors first arrived in Tenochtitlan they discovered that it was somewhere between 3 and 5 square miles in size in spite of its very unique locations.

Tenochtitlan was Built on a Lake

Tenochtitlan was constructed on the top of the shallow side of Lake Texcoco, an enormous salt lake. While it started on a small island, Tenochtitlan expanded rapidly over time, and large parts of the city floated, while a series of canals and bridges meant that boats could travel freely throughout the area.

Tenochtitlan was the Third Biggest City on Earth

When the Spaniards first arrived in Tenochtitlan, the city had a population of over 200,000. At this point, there were only two cities in the world that were bigger than this: one was Paris, and the other was Constantinople.

According to reports, Tenochtitlan was spotlessly clean in spite of its size. The city had dedicated workers who were responsible for hauling away garbage and waste, helping to keep the entire community healthy.

Believe it or not, the incredible Aztec city is still home to millions of people to this day, although it looks very different. Modern-day Mexico City has been constructed on the top of Tenochtitlan.

Tenochtitlan was a Cultural Melting Pot

The Aztec Empire was not too dissimilar from European empires of the same era, and people from across the Aztec domain, of varying ethnicities and cultures, came together to live in Tenochtitlan. The original Aztecs called themselves the Mexica, or alternatively, Tenochca, but there were plenty of other cultures and ethnic groups within the Aztec Empire as well.

When we think of the Aztecs, we think of large pyramids such as those found in the ruined city of Teotihuacan. The funny thing is, Teotihuacan was built millennia before the rise of the Aztecs, in around 300 BCE. When the Aztecs came along, the city was already in ruins, but they incorporated it into their religious rituals.

The Aztecs Built Temples Too

While Teotihuacan may not have originally been of Aztec design, the Aztecs also built plenty of similar religious sites during their tenure in the area. These include the impressive Templo Mayor, said to be built on the spot where the Mexica first received a sign from the god Huitzilopochtli that they had reached the Promised Land. Sadly, Templo Mayor was destroyed by the Spanish to make room for a cathedral.

The Aztecs Welcomed all Gods

Typically, empires that expand over time will brush up against different religions and cultures, causing problems. The Aztecs were fairly understanding imperialists, and would allow conquered people to retain their old religion and worship their own gods. Thus, the Aztec pantheon of gods became very crowded, as citizens of the empire all participated in different faiths.

Subjects Were Given Freedom

Just as the Aztecs allowed all their subjugated tribes to continue their regular worship, they also allowed them relative government autonomy. So long as these conquered people paid regular tribute to their rulers, they could act as they wished. This made the Aztec rulers very rich while keeping cultural disturbance to a minimum.

The wealthiest Aztecs were well schooled in philosophy, which focused a lot on the impermanence of life and a desire to understand Teotl (divinity). Much art was produced in an attempt to achieve this goal, hence why so much of Aztec culture is preserved in artwork.

The Aztecs had no Pack Animals

What’s particularly impressive is how much engineering and building the Aztecs managed to achieve without actually having pack animals to help them. There were no horses, cows or sheep in the area, meaning that the Aztecs had to all heavily lifting themselves.

The Aztecs Also Didn’t use the Wheel

Without horses, there was also no need for carts or carriages. While the Aztecs were aware of the concept of wheels (some have been found on children’s toys from the era), they didn’t use wheels for transport. With the rocky ground and varied elevation across their empire, wheels wouldn’t have been very useful anyway.

They Sent Communications by Foot

How do you send messages across a large empire without horses or even wheels? Simple: the Mexica had trained messengers whose job it was to sprint between cities carrying important messages. These messages carried the outcome of wars but also administration issues such as requests for food and resources across different parts of the empire.

They Were Great at Farming

Aztec society mostly centered on farming crops, and in order to achieve this, the people developed an incredible irrigation system. Like many things in Aztec society, these initial irrigation channels had been developed by long extinct forebears in the area, and the Aztecs discovered their ruins before figuring out how to expand them and make them even more efficient.

Aztecs Buried Their Dead in Their Own Homes

Rather than having special burial mounds or cemeteries, the Aztecs would bury their dead underneath the homes they lived in when they were alive. This was tidy and efficient, as it meant that less space was taken up solely devoted to the dead.

It’s estimated that the Aztecs sacrificed as many as 700 people every year to their various gods, as well as plenty of different animals. Human sacrifice was a big part of their culture, and many children were born and raised for the sole purpose of being sacrificed when they reached a certain age.

Worth Their Weight in Chocolate

Aztecs believed that the cacao bean was a special gift from the winged serpent god Quetzalcoatl, and it was brewed as a bitter drink not unlike coffee. During times of shortage, cacao beans were even used as currency, and it’s thanks to the Aztecs protecting and nurturing cacao plants that we have chocolate today.

Polygamy was common in Aztec culture, although only the first wife would receive a wedding ceremony. Multiple wives were seen as a status symbol, as the more wives a man had, the wealthier he must have been to provide for them.

Bursting at the Seams

The Aztec empire was large, but it was also showing signs of strain when the Spanish arrived. Many tribes wanted an end to costly tributes, and the Spaniards encouraged these disputes in order to topple the Aztec empire. Unlike the Incans and the Mayans, the Aztecs submitted relatively peacefully to Spanish rule.

Killed by a Cold