Where Are They Now? The Cast of “Sabrina the Teenage Witch”

Sophie Dunne
Where Are They Now? The Cast of “Sabrina the Teenage Witch” March 24, 2020Leave a comment 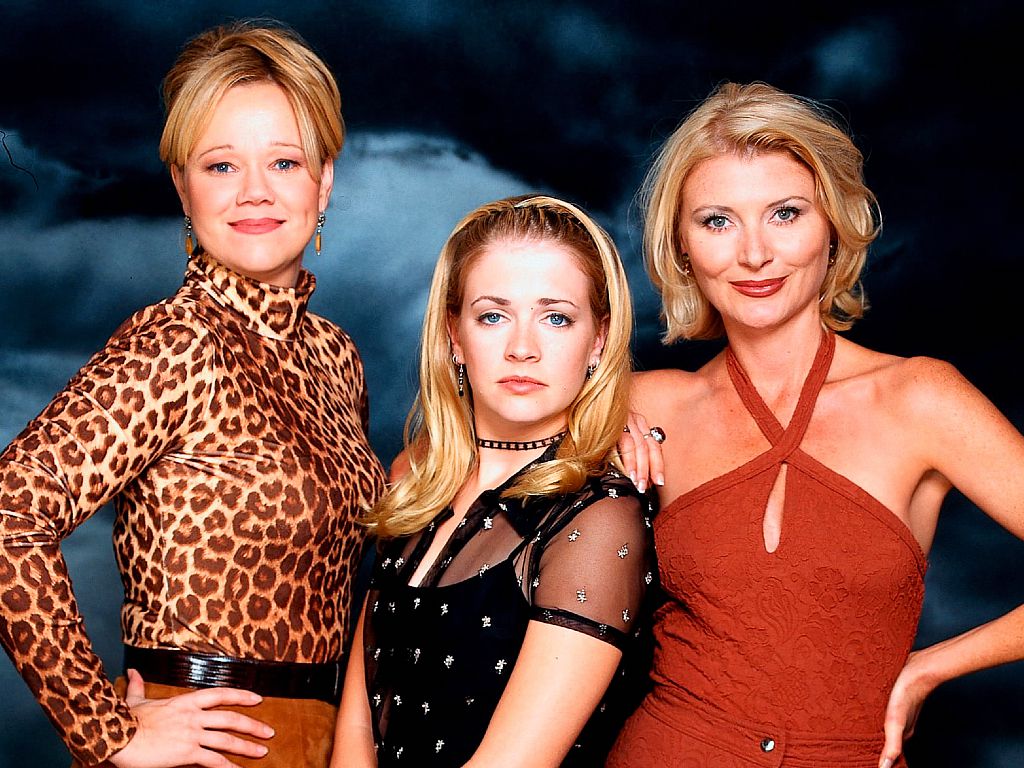 You weren't a '90s kid unless you were hooked on "Sabrina the Teenage Witch!" However, today's kids are more familiar with Netflix's darker, more spooky adaptation of the show, "The Chilling Adventures of Sabrina." But, a few weeks ago, the OG cast all got together for a huge reunion and we couldn't help but wonder, where have they all been for the past 17 years? Let's find out!

For seven years, Melissa Joan Hart played the role of a teenage witch who grew into adulthood while learning to grasp the complexities of having magical powers. Sabrina Spellman was one of the most well-known TV characters of the 1990s, and it was a role that gained Hart international fame.

After the show's finale in 2003, Hart took a break from acting to raise her three sons with her musician husband, Mark Wilkerson. In 2005, her sitcom "Melissa & Joey" was cancelled after just four seasons, but Hart bounced back with her own Netflix series, "No Good Nick" and even worked as a director on "Young Sheldon."

Rhea, who played Sabrina's witty aunt Hilda, had a starring role on the show for its first four seasons until Sabrina headed off to college and we saw less of Hilda. She was the "fun aunt" who wasn't the best at discipling the teenager, but nonetheless was the backbone to Sabrina's upbringing.

After the end of "Sabrina," the stand-up comedian presented the hit weight-loss series, "The Biggest Loser" from 2004 to 2006. You may have also recognized Rhea as the voice of Linda Flynn-Fletcher on the Disney cartoon "Phineas And Ferb." In 2018, she hosted her own chat show, "Caroline & Friends" on the Game Show Network in the U.S..

Broderick played Sabrina's responsible aunt, Zelda. She was firm but kind and the person who Sabrina could rely on to fix any situation. She was a regular cast member for the first six seasons but decided not come back to the show for its final episode. In her absence for the finale of the show, Zelda's character was portrayed as a candle.

Since finishing up as Zelda, Broderick has appeared here and there in various hit shows. She acted in small roles on "CSI: Crime Scene Investigation," "ER," and had a recurring role in "Lost" as Kate's mother, Diane between 2005 and 2008. She also landed a role as a guest star on Melissa Joan Hart's sitcom, "Melissa and Joey."

Jenny was Sabrina's best friend in the first season, but mysteriously disappeared from the show when the second season aired. In an interview when asked about Jenny's role, Hart explained that "there’d been a dispute about contracts and negotiations." However, it seemed that Beaudoin was the victim of a brawl between the writer who created Jenny and the show's producers.

So, where did the Canadian actor that played Jennifer (Jenny) Kelley go? Well, according to IMDb, Beaudoin hasn't performed since she appeared in two episodes of a French-Canadian series in 2006. She also appears to be living in Europe and is somewhat active on twitter, where she retweets political posts but never mentions her time on "Sabrina."

Valerie Birkhead replaced Jenny Kelley as Sabrina's BFF on the second and third seasons of the show. She portrayed the nervous new girl at school that grew into her own, eventually becoming a cheerleader. However, Valerie left the show at the end of season three when she moved to Alaska with her family.

We've seen Sloane popping up on our screens quite a lot over the years. In 2000, she played Big Red opposite Kristen Dunst in "Bring it On." She had a minor role in "How I Met Your Mother" and appeared with Jennifer Aniston in "Horrible Bosses" and its 2014 sequel. This year, the actor will star alongside Shailene Woodley in the movie "Endings, Beginnings."

Libby Chessler was a rich, spoiled cheerleader and Sabrina's nemesis in high school. Green played Libby for the show's first three seasons, but was written off the show in 1999 when her character went to boarding school.

Green has kept up a successful career in showbiz since leaving "Sabrina." In 2019, she had a recurring role alongside Russell Crowe in the drama, "The Loudest Voice." She's also worked on Broadway, playing Nessarose in the musical "Wicked" back in 2006. Green recently accompanied Hart and Broderick at the Liverpool Comic Con in 2020 and had fans going wild on social media with their reunion!

During the second season, the show introduced Sabrina's magic tutor who appeared at the worst possible times to quiz the teenager on her spells. We didn't know him by any name other than Quizmaster, but later on in the season we find out that his name is Albert.

Alimi Ballard, who played the role of Quizmaster, has kept pretty busy in his acting career. He's known for his role as FBI agent David Sinclair on the crime drama series "Numb3rs" that ran from 2005 to 2010. He also starred in "Queen Sugar," "Lucifer" and "Criminal Minds." Ballard was one of the original cast members invited to the reunion of "Sabrina" in February 2020 which he posted about on Instagram.

Harvey Kinkle was the ultimate hearth throb for most teens in the '90s. Sabrina's classmate and love interest appeared as a regular cast member for the first five seasons of the show. We didn't see much of Harvey during Sabrina's college years, but the pair reunited in the last episode when Sabrina left her fiancé at the alter to be with her one true love, Harvey.

Richert made his last TV appearance in 2006, in "H-e-n-r-y" and has since retired from acting. He says that anxiety and depression kept him from pursuing his career. On Twitter, Richert explained that he is "a maintenance man, a janitor, a carpenter, and do whatever random jobs I can get to pay the bills... I do improv and song write to maintain my sanity."

Salem Saberhagen was the Spellmans' family pet, who was really a 500-year-old witch sentenced to spend a hundred years as a cat after committing crimes in the Other Realm. He ended up in the Spellman household because Hilda was one of his accomplices and her punishment was to look after him.

Although we never saw his face, Nick Bakay was the actor that voiced Salem for the entirety of the show. Bakay now works as a producer and writer, and has appeared on the sitcom "Mom," and worked on self-help radio as an announcer. Bakay also co-wrote the comedy, "Paul Blart: Mall Cop" and its sequel.

Mr. Pool was Sabrina's science teacher in season one. He convinced the teenager to be the first female student to join the science club and was often the victim of Sabrina's inaccurate and messy spells.

You may not see Paul Feig as much on screen since he played Mr. Pool. However, Feig has a pretty impressive resume behind the scenes in show business. Since "Sabrina," he is best known for directing movies starring his collaborator, Melissa McCarthy, which include "Bridesmaids," "The Heat," "Spy" and "Ghostbusters." He also directed "A Simple Favor" and "Last Christmas."

He was the uptight, strict Vice Principal of Westbridge High who always had his suspicions about Sabrina and her weird antics. Mr. Kraft also dated both of Sabrina's aunts, Hilda and Zelda!

Mull was already an established actor, comedian and singer before "Sabrina" and was even a regular cast member on the sitcom, "Ellen." He is also best known for playing Russell the pharmacist in "Two And A Half Men" and Father Donovan in "American Dad."

In the show's fourth season, Dreama's family moved her to the mortal realm where it was Sabrina's responsibility to mentor her on how to use her magic correctly or risk losing her newly acquired Witch's License.

Since leaving Sabrina, China Shavers has played minor roles in TV and film. She played a cheerleader in "Not Another Teen Movie" and made guest appearances in "Saving Grace" and "The Twilight Zone." Shavers got old fans excited when she posted photos on her Instagram from the "Sabrina" reunion with several other familiar faces!

Morgan Cavanaugh was introduced in the fifth season as one of Sabrina's roommates in college. Her character was often seen ditching homework for parties and even dated Sabrina's old flame, Harvey Kinkle!

Before her role as Morgan, Elisa Donovan was best known as Amber in the '90s sitcom "Clueless." However, since the end of "Sabrina," we haven't heard much from Donovan in the showbiz industry. In 2014, she appeared as a guest star for one episode of Melissa Joan Hart's sitcom "Melissa & Joey."

As well living with Morgan in college, Sabrina also lived with Roxy King. The outspoken feminist and animal rights activist didn't get along with Sabrina at first, but the eventually the pair became best friends.

Since the finale of "Sabrina" in 2003, Frye has hosted the TV show, "Home Made Simple" on the Oprah Winfrey Network. She has also released two books,"Let's Get This Party Started" and "Happy Chaos: From Punky to Parenting and My Perfectly Imperfect Adventures in Between." Frye is the mother of four children with husband and TV producer Jason Goldberg.