Where Are They Now? The Cast of “Sonny with a Chance”

Camila Villafane
Where Are They Now? The Cast of “Sonny with a Chance” March 27, 2020Leave a comment 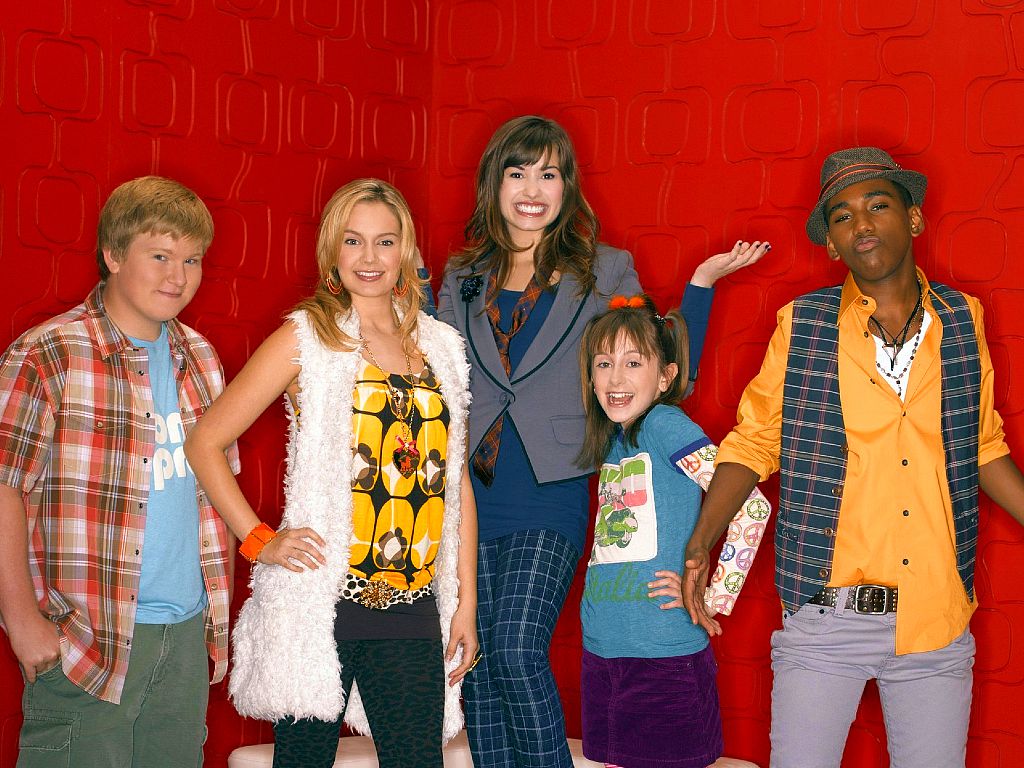 “Sonny With a Chance” was a mega-popular sitcom that ran for two seasons on the Disney Channel from 2009 to 2011. The series followed a teen named Sonny Munroe who joined the cast of a sketch comedy show called “So Random!” But wait until you see what the cast of the hit series is up to now...

Tiffany Thornton played Tawni Hart, the self-centered lead cast member of “So Random!” Hart was initially threatened by Sonny Munroe because she was afraid she was trying to steal the spotlight. So in the beginning, she behaved like a total diva until she eventually became besties with Sonny.

Thornton retired from Hollywood in 2015. She’s now the mother of two children, Kenneth James and Bentley Cash Carney. She’s married to Josiah Capaci and dabbles as a songwriter, a singer, and a motivational speaker, according to her Instagram. Sadly, the actress suffered a horrible loss in 2015 when her husband Chris Carney passed away in a car accident. The loss came just days after Thornton lost a close friend, named Brittany.

Sterling Knight played Chad Dylan Cooper, the star of “Mackenzie Falls,” the show that was rivals with “So Random!” Cooper was a hard-headed actor with a huge ego. Initially, he and Sonny Munroe don’t hit it off, but eventually, they started dating. Even though they split up, it was obvious throughout the series that he still had a thing for her.

Knight’s latest starring role was in the 2017 TV series “In the Rough.” According to his Instagram @realsterling, he's gone on a 6-week trip through Southeast Asia along with two other friends and is planning to share his journey on social media.

Brandon Mychal Smith played Nico Harris, who was Grady Mitchell’s best friend and a cast member on “So Random!” He developed a crush on Penelope, a cast member on “Mackenzie Falls,” but she always turned him down.

Smith played Craig in the TV series version of “Four Weddings and a Funeral” in 2019 and he is currently working on a project called “Sick Girl” that has no release date yet. He’s semi-active on social media and is currently offering personalized video shout-outs through Cameo.

Doug Brochu played Grady Mitchell, who was Nico Harris’ best friend. He was also a cast member on “So Random!” Mitchell was seen as immature, dim-witted and according to him, he was a total pro at reading lips. He once told Nico Harris that he turned into a Scotsman called Seamus McGregor whenever a girl he thought liked him was around.

Brochu’s latest onscreen role was in 2017 when he appeared in the series “Burnt Quiche.” On January 26, 2020, Brochu announced that he had wrapped the six-week play “The Nutcracker Cocktail Fête.” He’s reportedly dating Caroline Dunaway. The two love birds have been going on date nights and having a blast.

Allisyn Ashley Arm played Zora Lancaster, the youngest cast member on “So Random!” She’s witty, mysterious and super smart, but most of her castmates thinks she’s a little weird because she seemingly pops out of thin air or eavesdrops on her friends’ conversations.

Arm married Dylan Riley Snyder in 2019. She appeared in the now canceled TV series “A.P. Bio.” She also played the role of Heidi in a short film called “Seek.” Arm is currently recording videos in the form of her “A.P. Bio” character Heather for customized requests on Cameo.

Demi Lovato played Sonny Munroe, a teen from Appleton, Wisconsin who gets a role in the sketch show, “So Random!” But when she falls for Chad Dylan Cooper, the star of “Mackenzie Falls,” she does everything in her power to diffuse the ongoing feud between the cast of “So Random!” and “Mackenzie Falls.”

After suffering a health setback in 2018, Lovato made an epic comeback in music and on television. She released her hit single “Anyone” in 2020. She's also playing the role of Jenny, the surrogate mother of Will Truman’s baby on the final season of “Will & Grace.” And since Lovato is one of the most caring celebs out there, she recently took on Kevin Bacon's social distancing challenge and prompted everyone to stay home. What a queen! Okay, so she's been doing SO much lately.

Michael Kostroff played Marshall Pike, the executive producer and creator of “So Random!” Although the character wasn’t a regular, he recurred throughout the series. Pike was really unlucky in love, but he always held out hope for finding the one. His main goal was to get his own show to become a worldwide phenomenon.

In 2020, Kostroff starred in the TV mini-series, “The Plot Against America.” He’s known for his role on “The Wire,” too. He’s also an author, a teacher, a director, a writer, and a coach, according to his personal website.

Genevieve Hannelius played Dakota Condor, a young girl who had a crush on Chad Dylan Cooper. She also faked being an underprivileged child for the fake foundation, "Children Having a Dream" just so she could get a chance to tour the set of “So Random.”

Hannelius launched a vegan, 10-free and cruelty-free polish line called G Polish that comes in eight non-toxic shades. She also announced the launch of her Paris Collection which comes in five flirty colors, according to G Polish’s Twitter. But she’s not done with Hollywood yet. She completed two projects recently, called “Day 13” and “Sid is Dead,” which have yet to be released.

Regan Burns played Ryan Loughlin, a Tween Weekly TV reporter who goes above and beyond to get the latest scoop. He is very unliked by the rest of the characters on the show, but he eventually makes amends for his past mistakes.

Burns appeared on the TV show, "Adam Ruins Everything" in 2017 and in 2019's "The Kids Are Alright." He recently took on the role of Mitch in a post-production project called “Donny’s Bar Mitzvah.” The actor is happily married to Jennifer Burns and they have two children together.

Nancy McKeon played Connie Munroe, Sonny’s extremely supportive mother who is always there to offer her daughter advice. She’s also a child at heart, which makes her a very fun mom to be around. But she once warned her daughter that she wouldn’t allow her to continue doing the show if her grades didn’t improve.

McKeon lost her brother and fellow actor Philip McKeon who was best known for his role on the sitcom “Alice” where he played Tommy Hyatt. Although she wasn’t very active after “Sonny with a Chance,” her latest role was in 2019, playing Kathy in the TV movie “You Light Up My Christmas.”

Vicki Lewis played Ms. Joy Bitterman, a former ex-marine and teacher on the cast of “So Random!” On the comedy show, she mocked the kids and cackled whenever they made mistakes. But she also screamed when members of the cast got failing grades on their exams.

Lewis has worked on Broadway in “Anastasia” where she played Countess Lily. She’s also married to sound designer Philip Allen. Her latest acting role is as Headmaster Knightslinger for the TV film “Upside-Down Magic” which is currently in production.

Daniel Roebuck played Mr. Condor, the president of Condor Studios, the company that produced the shows, “MacKenzie Falls” and “So Random!” He canceled a show if someone annoyed him, so everyone was extremely nice to him. He was also Dakota’s father, the little girl who faked being underprivileged.

Roebuck married “Getting Grace” film producer Tammy Roebuck in 2015. In the same year, he appeared on the show, "Agents of S.H.I.E.L.D." His current faith-based film, “The Hail Mary” will be filmed in midsummer 2020 and it is the first film being produced by his non-profit production company, A Channel of Peace.