Where Are They Now? The Cast of ‘Charmed’

Kelly McInerney
Where Are They Now? The Cast of ‘Charmed’ October 22, 2019Leave a comment 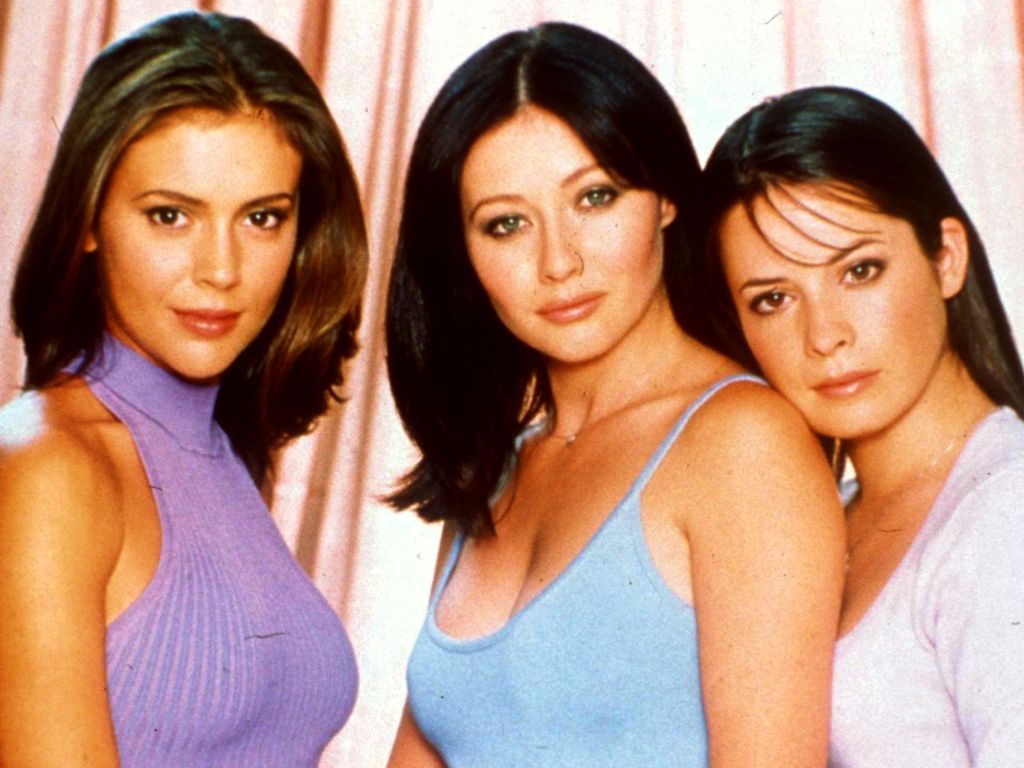 The show "Charmed" got the reboot treatment last year and while the new one is very fun and great in it's own right, nothing beats the original. "Charmed" became the longest running hour-long series in American television history featuring all female leads. Let's look back at hit show and see what the cast is up to today.

Holly Marie Combs starred as Piper Halliwell, the sister that could freeze time. Before doing "Charmed" she was on a variety of television movies and shows including "Picket Fences," "See Jane Date" and a cameo in the "Ocean's Eleven" movie. "Charmed" was her first big breakout role and most prominent role to this day.

After "Charmed," Combs got a pivotal role in the "Pretty Little Liars" series as Ella Montgomery, the mom of one of the main stars on the show. In 2015, Combs reunited with "Charmed" co-star Shannen Doherty for a road trip reality series called "Off the Map with Shannen and Holly."

Alyssa Milano played Phoebe, the sister with the gift of premonition. She was a child actress who made the transition into adult roles with her part on "Charmed." She was most notably known for her role on "Who's the Boss?" as Tony Danza's daughter. While on "Charmed" she had a role on "Melrose Place" for a year, too.

Since "Charmed," Milano has been acting in several movies and a variety of shows like "Mistresses," "Wet Hot American Summer: Ten Years Later," and "Insatiable." She is also become quite the activist, lending her voice to many caused like the #metoo movement.

Shannen Doherty played the oldest sister on the show who had the power of telekinesis. Although she was only on "Charmed" for three seasons she still was beloved by fans. Rumor is she left the show due to issues with her co-star Alyssa Milano. Before "Charmed," she was most notably known for her role as Brenda in "Beverly Hills, 90210."

Since "Charmed," Doherty has continued acting and performed in a variety of shows and movies. She had a reality show called "Breaking Up with Shannen Doherty" and reprised her role of Brenda on the reboot of "Beverly Hills, 90210." She also battled breast cancer and has been in remission since 2017.

Rose McGowan joined the series in the fourth season after Doherty left. She played the half-witch/half-white lighter half sister of the witches. Before "Charmed," she had budding movie career appearing movies like "Scream" and "Jawbreaker."

Since “Charmed,” McGowan has continued to act a bit, appearing in movies like "Planet Terror" and "Machete." Most recently, McGowan has dedicated her time to fighting against sexual harassment in Hollywood. She played a big role in the #metoo movement as one of the first Harvey Weinstein accusers to speak out.

Brian Krause played the witches’ 'Whitelighter' and Piper’s husband. Before joining “Charmed,” Krause was in a variety of television appearances and movies like "Sleepwalkers" and "Return to the Blue Lagoon" but “Charmed” was his biggest breakout role.

Since “Charmed” Krause has still continued to act but primarily in smaller productions and TV movies. He’s even done voiceover work for the video game Fallout 76. He currently has a lot of projects in post-production including a tv show called "Cypher."

Dorian Gregory played the sisters' cop on the inside, Darryl, who would help them get out of sticky situations with the law. Witches vanquish demons but cops just see that at murder, and he would cover that up. Before getting on "Charmed," Gregory appeared in several shows like "Moesha" and "Baywatch Nights."

Since doing "Charmed," Gregory continued to act a bit, still appearing in one-off roles on television shows like "Agents of S.H.I.E.L.D" and "Without a Trace." He also has a television movie called "Christmas Matchmakers" in production now.

Julian McMahon played Cole who was the love interest of Phoebe but also the source of all evil and a demon himself, Balthazar. Before doing "Charmed" he appeared on the Australian television drama "Home and Away" and the US drama "Another World."

After doing "Charmed," McMahon starred in another hit series called "Nip/Tuck" on FX. He has continued acting, primarily on television, on shows like "Runaways" and "Dirk Gently's Holistic Detective Agency." It was just announced that he will soon be starring in a movie titled "Justice."

Ted King appeared briefly on "Charmed" as Andy, Darryl's cop partner and Prue's love interest. He was only on the very first season of the show but was still very memorable. He appeared as a cop in other shows like "TimeCop" before getting the role of Inspector Andy Trudeau on "Charmed."

Since "Charmed," King has continued to act but primarily in soap operas like "One Life to Live" and "General Hospital." Most recently, he appeared in "NCIS: Los Angeles" in 2019 and a short called "Milkshake Girls."

Drew Fuller began appearing on the show in season five as Piper and Leo's son Chris from the future. He's part white lighter and he went back in time to help the sisters and prevent his brother, Wyatt, from becoming evil. Before appearing on "Charmed" he also appeared on "Black Sash" and "The OC."

Since appearing on "Charmed," Fuller has appeared on a variety of movies and television shows— his other most notable role was as Trevor LeBlanc in "Army Wives" which ended in 2012. He currently has one short in production called "Magnetic Plasma."

Jennifer Rhodes played Grams, the sisters' grandmother, on "Charmed." She had been acting since the 1970's in a variety of easily recognizable television shows from "Fame" and "Nightingales" to "Full House." Her role as Grams or Penny Halliwell in "Charmed" was her longest running character.

Since "Charmed" ended, Rhodes has continued to act. Just last year she appeared in the hit Netflix show "Grace and Frankie." She even posted the above picture of her on set during filming on her Twitter account. Though she continues to pop up in practically every television show, her role as Grams is still her most well-known role.

Finola played the Halliwell sisters' mother Patty Halliwell. Before joining the cast of "Charmed" she was most notably known as the stepmom, Carol, in the series "Blossom" and Anna Devane in "General Hospital."

Since "Charmed," Hughes continued her large stint on the soap opera "General Hospital." It still continues to air and she is still on it, having been on 695 episodes including her current role on the longstanding series.

Kaley Cuoco appeared as Billie Jenkins in the final season of "Charmed." Her character was created for a possible spin-off idea that never came to fruition. Before "Charmed," she was most notably known for her role as one of the daughters on "8 Simple Rules."

Almost immediately after "Charmed" ended, Cuoco joined "The Big Bang Theory" and the rest is history. She played Penny throughout the series run which just concluded in May of 2019. She now appears on the show "The Flight Attendant."

Greg Vaughan appeared briefly on the show as the hot mortal, next door neighbor Dan. He was a possible love interest for Piper before she eventually continued things with Leo. Before appearing on "Charmed" he also appeared on "Beverly Hills, 90210" and "Malibu Shores."

After appearing on "Charmed" Vaughan took the soap opera route like a few of his other cast members. He appeared on "General Hospital" from 2003 - 2009 and has had a role on "Days of Our Lives" since 2012, playing the role of Eric Brady.