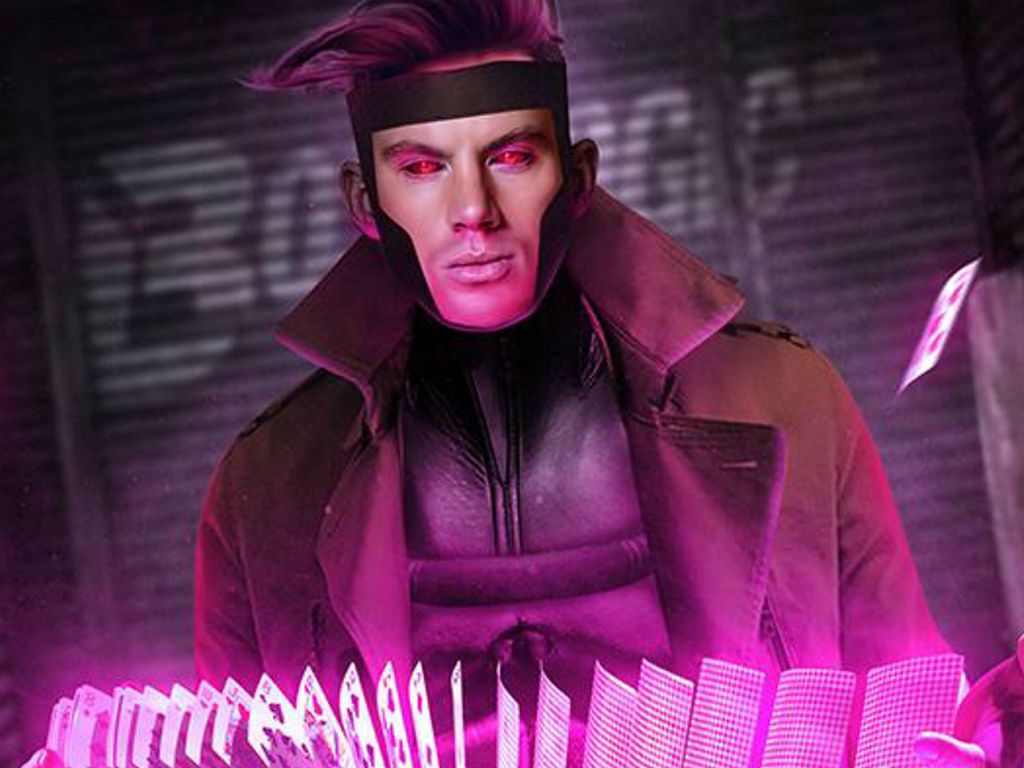 The Walt Disney Company didn't buy 20th Century Fox to make more movies. The company bought its rival to stop other people's movies from being made. Now, Disney has now put the axe to the vast majority of Fox's in-development projects. Here are some of the most heart-breaking losses...

"Chronicle" managed to kick off several big careers - Josh Trank, Max Landis, Dane DeHaan and Michael B Jordan all owe a lot to this movie's popularity. With Marvel dominating the comic book movie landscape, Disney doesn't want anything else distracting audiences, so it makes sense that "Chronicle 2" had to go.

"Game of Thrones" writer Bryan Cogman was at one point attached to work on a "Magic: The Gathering" movie, based on the popular card game. This will now never see the light of day.

Many people in Hollywood see video game movies as the next big thing. Apparently Disney doesn't share this sentiment, as the Fox "Mega Man" movie has encountered an unexpected error and has shut down.

It's hardly surprising, given the lukewarm response to the first "Assassin's Creed" movie, that its sequel would get a knife to the throat. Even if Fox had remained autonomous, it's hard to imagine anyone actually wanting to make this movie.

One of cinema's biggest losses (possibly of all time), Disney has cancelled a "Flash Gordon" remake that was to be overseen by "Thor Ragnarok" director Taika Waititi. It makes sense that Disney would want Waititi to focus on "Thor: Love and Thunder," but "Flash Gordon" seemed like the perfect camp high fantasy story for the accailmed director to spin into gold.

At this point, nobody is clamoring for more movies starring Bruce Willis - especially not if they're withing the "Die Hard" universe. "McClane," a prequel to the original "Die Hard," would probably have been a bit of a train wreck even if it had meant recasting the lead character, but even so, it's a shame we'll never get to see just how bad it could have been.

'The League of Extraordinary Gentlemen'

Alan Moore's cult classic comic "The League of Extraordinary Gentlemen" didn't get a very fair adaptation back in the '00s, but a proposed all-female reboot using a different chapter of the story sounded pretty appealing. Too bad Disney doesn't like taking chances.

It's difficult to see how a sequel to "The Sandlot" might have worked, but this certainly is one nostalgia property that could have been a lot of fun. Alas, it seems that it didn't have quite enough brand recognition for Disney to give it the full "Home Alone" remake treatment, even for Disney+.

The loss of the "Mouse Guard" movie is a real shame. Director Wes Ball has released a lot of test footage and concept art for the film, and it looks absolutely incredible. It also looks very costly, which is probably why Disney decided to pull the plug in favor of remaking "Basil the Great Mouse Detective."

Fox had been trying to make a "Gambit" movie work for well over a decade before Disney bought the company. You can probably thank "Edge of Tomorrow" director Doug Liman for this never bearing fruit, as he joined the project, cashed his paycheck, then abandoned "Gambit" a couple of years later, causing delays that ultimately stuck the film in development hell.

"The Hate U Give," based on the Angie Thomas movie of the same name, ended up being a solid young adult drama that earned Fox a fair amount of street cred. It made sense to also adapt Thomas' second novel, "On the Come Up," but alas, Disney has no need for prestige pieces, and this has been quietly retired.

'News of the World'

Set to reunity Tom Hanks with "Captain Phillips" director Paul Greengrass, "News of the World" could have been a solid Oscarbait film that might also be as memeworthy as its predecessor. Mid-budget movies like these are likely to suffer the most from the Fox buyout, as Disney would rather spend money on expensive but safe blockbusters than on smaller risks.

Don't let the "Ice Age" picture fool you; "Foster" could have been great. To be directed by Blue Sky Animation's Karen Disher (who, yes, directed an "Ice Age" short), this would have been an animated musical about a girl who enters the narrative of her favorite novel, and would have had songs by Benj Pasek and Justin Paul, better known as the "Greatest Showman" composers.

No, this wasn't going to be a movie about a breakfast cereal; Hollywood hasn't descended just that far (yet). "Fruit Loops" would have seen Woody Harrelson play an army colonel with PTSD who bands together with fellow mental patients to save their hospital from being sold off. Basically, it would have won all the Oscars, but would have sold zero merchandise, and we all know where Disney's priorities lie.

Yup, Fox was working on a movie about the McDonald's Monopoly competition. It would have probably been phenomenal. Directed by Ben Affleck and possibly starring himself and Matt Damon, this biopic would have told the story of Jerome Jacobson, the ex-cop who managed to steal the prizes for McDonald's Monopoly for twelve years without being noticed.

'The Three Misfortunes of Geppetto'

The last thing Disney needs is a live-action movie about Pinocchio. They're already working on one of those with Guillermo del Toro. "The Three Misfortunres of Geppetto" would possibly have starred Tom Hanks as the titular toymaker in a prequel story that nobody ever asked for, and nobody ever wanted.

Hot off the back of movies like "It" and "Pet Sematary," "The Boogeyman" would have adapted another Stephen King story for a modern audience. You can kind of see why the ostensibly family friendly Disney might have issues with King's work, but this was probably more about throwing away all Fox movies than specifically getting rid of a horror story.

"The Sweetest Fig" is a picture book in which a man eats a fig that gives him magical powers. It's unsurprising that Disney threw this one in the trash, but it is surprising that anyone at Fox ever greenlit the movie to begin with.

Is there any kind of actual story to "The Sims," beyond that of a sadistic god attempting to murder their creations in increasingly disturbing ways? Regardless, this wasn't something that anyone at Disney wanted to be associated with.

"Hitman: Agent 47" is not an entirely iredeemable movie, so it makes sense that Fox was looking to produce a sequel. Disney, though, has no interest in bald assassins in sharp suits, so the movie was put out of its misery.

'Then There Were None'

Riding high on the popularity of Kenneth Branagh's "Murder on the Orient Express," "Then There Were None" was to be another cinematic adaptation of an Agatha Christie novel (in this case one which was a BBC miniseries just a few years ago). Sadly, it wasn't far enough along in production, so Disney made it disappear. "Then There Were None" is an accurate description of the Fox movie slate after 2021.

An adaptation of the classic Arabian Nights story, "40 Thieves" was to be directed by Shawn Levy of "Night at the Museum" and "Stranger Things" fame. Levy suffered pretty hard from all of Disney's cancellations, as many of his upcoming projects were with Fox.

"The Heat 2" would have reunited Melissa McCarthey and Sandra Bullock in another buddy cop movie. It could have turned a tidy profit, but Disney is deliberately salting the Earth over at Fox Studios, so it was killed for no reason.

"Charlie Chan" is an iconic detective who starred in many classic movies during the first half of the 20th century before falling out of style (possibly because he was almost always played by a white man in yellowface). Fox's "Charlie Chan" remake would have attempted to redeem the once beloved character with a new movie about the adventures of his grown-up granddaughter. Alas, Disney didn't see this film's potential, so it is gone forever.

"Flat Stanley" is a children's novel in which the titular character is involved in a horrific (yet comedic) accident and squished so that he's only an inch thick. This could have been a fun movie, but it also probably would have been utterly terrifying to audiences of all ages, so perhaps it's for the best that Disney retired it.

"Toymageddon" would have been a reboot of "Small Soldiers," in which super-intelligent action figures come to life and terrorize Kirsten Dunst. It would have been directed by Justin Lin, who helmed "Star Trek Beyond" and a couple of "Fast and Furious" movies, so it's a shame we never got to see what he was cooking up here.

"The Simpsons" alumni David Silerman and Michael Price an animated reboot of "The Pink Panther," and it's really a shame that this movie never came about, because the world desperately needs a way to forget the last time someone tried to reboot the series and cast Steve Martin as Inspector Clouseau.

"Jason and the Argonauts" remains one of the most visually stunning movies of all time. There's no way a modern, CGI-ridden reimagining could possibly have done the story justice, but it's a shame that this was cancelled anyway, if only because skeletons are really cool.

Yes, Fox was working on a movie about Play-Doh. It gets worse: Paul Feig of "Ghostbusters" and "Bridesmaids" fame was set to direct. Perhaps the cancellation of all of these movies was worth it just so that we never had to be subjected to this trainwreck.

Andy Serkis has been trying his best at making knock-off Disney-esque public domain movies lately. "Mowgli" went to Netflix, but "Steelskin," a reimagining of the Rumplestiltskin mythos, got tossed in the garbage. Disney has enough public domain movie properties already.